Ben Simmons: Part of The Process 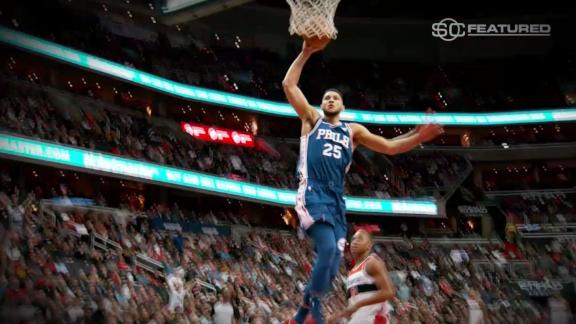 In a season filled with special Ben Simmons plays, one in particular sticks out for Philadelphia coach Brett Brown.

It was an early-January game at home against the Detroit Pistons. The play started when Simmons deflected a pass from Pistons guard Avery Bradley that was intended for Tobias Harris. As the ball seemingly careened out of bounds, Simmons gathered himself, tip-toed down the sideline to keep the ball in play, and emphatically finished the sequence with a resounding dunk.

"To make a defensive play, to have that coordination tight roping the sideline, to retrieve the ball, and have breakaway speed to finish at 6' 10", to add all of those types of events up you have to step back and say that's an amazing athlete," Brown tells ESPN.

Brown, after years of enduring a period in Philadelphia basketball that was dubbed 'The Process,' was finally fortunate enough in 2016 to land the top overall pick in the draft, and the right to select a player he describes as a "unicorn". Simmons, for his part, has lived up to the hype so far, averaging 16.6 points, 8 rebounds and 7.2 assists per game in his first 40 games of the season.

Simmons credits Brown as being a huge factor in his development as an NBA player.

"Certain areas he'll push me to get better at and try to challenge me," Simmons tells ESPN. "It might seem like he's going at me, but he just wants to see me get better. He's one of the coaches where you can talk to him, he'll listen to you but at the same time he has a lot of advice."

The Simmons-Brown tandem is a unique dynamic.

Brown's ties to Australia run back to the late 1980s, when he was an assistant on a Melbourne Tigers team coached by the legendary Lindsay Gaze, and featuring an American import by the name of Dave Simmons.

Brown, recognizing Ben Simmons' talent, and given his relationship with his father, immediately had a soft spot for his supremely talented point guard. When Simmons missed all of last season after surgery to repair a Jones fracture in his right foot, Brown made sure to keep him involved in as much basketball-related activity as he could. He would regularly watch film with Simmons, and continuously asked him what he was seeing on particular plays.

"All I know is he lets me coach him, and I coach him," Brown says. "I try to coach him as hard as I can. I feel the responsibility to help him navigate the NBA. He's young, and you want to share whatever I can with him.

Simmons says Brown will even use comparisons to his father's game to motivate him.

"In film he'll say it in front of everybody, 'You know your dad was a monster down there going and getting rebounds,' things like that trying to motivate me and get me going.

"You need that chemistry and relationship with your coach to do well, and I understand what he wants as a coach and as a player what I need [to do]."

Simmons' willingness to absorb as much knowledge from Brown about adjusting to the league has held him in good stead so far. In December, Simmons was named NBA Eastern Conference Rookie of the Month for games played in October/November and led all rookies in scoring, rebounding, steals and minutes per game. He was the second player in league history to average at least 18.0 points, 9.0 rebounds and 7.0 assists through 20 career games, joining Hall of Famer Oscar Robertson.

Simmons has been compared with everyone from Robertson to LeBron James due to his unique versatility, but Brown says, despite the gaudy numbers, he never discusses the historical significance of Simmons' statistics with him. He wants to focus on the greater task at hand.

"I talk about does his team win or lose, and how do you run our team as our leader and as our point guard," Brown says. "And that's as far as I go. This stuff on Oscar and whoever else, I don't even go there. I feel like that is the end result to the things I'm trying to get done that will produce those types of stats and I talk to him exclusively as his coach, not as his cheerleader, not as his publicist. I'm here as a friend and a coach trying to move him forward sort of with those things in mind."

The role of being the team's leader was thrust upon Simmons early on when Brown insisted Simmons would not be a 6'10" 'point-forward' but a point guard in the truest sense of the position. Simmons and Joel Embiid are faces of the Sixers franchise moving forward, but the Australian is the team's on-floor leader. It's heartbeat. His cerebral nature, coupled with his ability to read plays before they happen, has been something that Brown, and Simmons' rookie peers, have been most impressed with, despite his relative inexperience at the NBA level.

"I think he's taken it all in and he's actually handled it pretty good, Ferguson tells ESPN. "He had a lot of expectation on him being the number one pick, and he's handled it all pretty well, putting it all on his back and going forward with it."

Talk of whether Simmons should, or might, be an All-Star this season has not fazed the Australian at all. He has, for the most part, deflected to question when asked whether he had thought about being the first rookie since Blake Griffin to make an All-Star team, stating his goal is to win championships. Brown loves the fact that his pupil has been able to handle all the expectations that have come with being such a highly touted draft pick, and yet still remain focused on team victories rather than individual accomplishments.

"He's not a chest thumper, he's not, you know, gonna go on Twitter," Brown says. "He's not talking a lot to the media, he's very reserved, he's sure within himself. His dad was like that [too]. I like the package. I think the poise that he plays NBA basketball with at a ridiculously young age, and at the most difficult position in the sport; to take a four man and make him a point guard, the way he's handled himself, I think it's been just elite."

With another Australian, Jonah Bolden, possibly joining the Sixers next season, and with his own extensive knowledge of the basketball landscape Down Under, does Brown envision Australia starting to produce more Ben Simmons-like players in the future?

"There will be somebody who comes out of Australia that we don't know about quite yet and will have a set of skills, but I doubt there's going to be another Ben Simmons coming along very soon," he says. 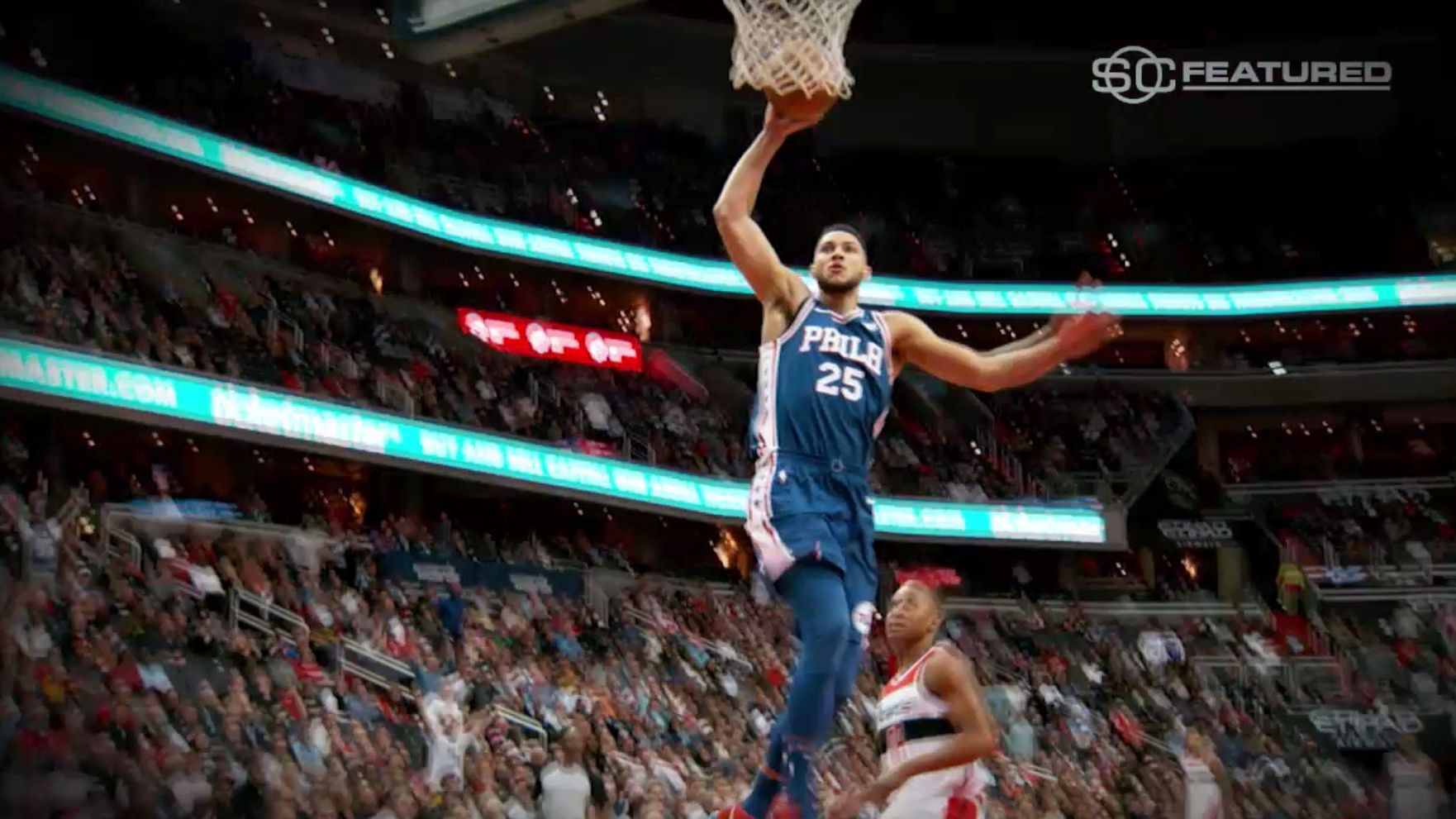 SCFeatured: Australia - Part of The Process
We go behind to headlines to talk to Ben Simmons and Brett Brown about their roles in the rise of Philadelphia 76ers.

Simmons drops 5th triple-double to boost 76ers over Bulls
Ben Simmons becomes the first rookie since Magic Johnson to have five or more triple-doubles in a season as the 76ers takes down the Bulls, 115-101.