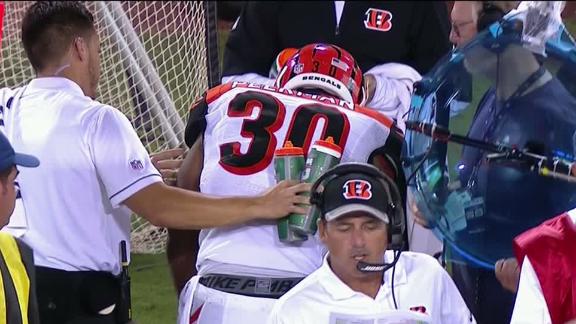 Cincinnati Bengals running back Cedric Peerman is likely done for the season after fracturing his left forearm in a preseason game against the Jaguars on Sunday night.

He was fitted with an air cast on the sideline after being injured during a play in the first half.

Peerman's injury wasn't the only one suffered by the Bengals during the game. Wideout A.J. Green limped off the field with a right knee injury in the first quarter and didn't return.