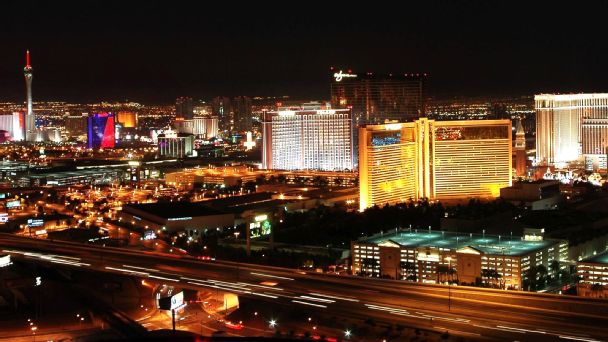 More than $100 million has been bet on each of the past three Super Bowls at Nevada sportsbooks. Last year's thriller between the New England Patriots and Atlanta Falcons attracted an all-time high $138.4 million in bets.

Bookmakers are anticipating even more will be bet this year, when the Patriots take on the underdog Philadelphia Eagles.

Over the next two weeks, ESPN Chalk will keep you up to date on the action -- the biggest bets, the biggest long shots and more -- in our continuously updated file.

A bettor at a CG Technology sportsbook on Friday placed three separate money-line wagers on the Eagles, totaling $700,000, with a potential net win of "over $1 million," according to vice president of risk Jason Simbal. The early action at CG Technology had already been lopsided toward the Eagles, who had attracted nearly three times more point spread bets than the Patriots. Now with the large money-line bets, the book is even more heavy on Philadelphia. "As it stands right now, we need the Patriots," Simbal told ESPN.

A bettor at the South Point casino Thursday placed four money-line wagers totaling $500,000 on the Eagles, according to sportsbook director Chris Andrews. A Philadelphia win would produce an $820,000 net profit for the unnamed bettor. The bet was first reported by Vegas Stats & Information Network.

A bettor on Wednesday placed a multimillion-dollar bet on the Philadelphia Eagles at an MGM sportsbook, according to vice president of race and sports Jay Rood. Rood would not reveal many of the details, including the exact amount and whether the bet was a money-line or straight bet on the point spread. The Super Bowl line, however, did drop from Patriots -5.5 to -4.5 around 5 p.m. at MGM sportsbooks.

The amount bet on Super Bowl LI in the first 24 hours at William Hill US was up more than 30 percent compared to the first full day of wagering on last year's Super Bowl.

"Handle throughout the first three rounds of the playoffs was incredible," Nick Bogdanovich, William Hill director of trading, said in a release. "You combine that momentum with a fantastic matchup and it will be another record-breaking Super Bowl for us."