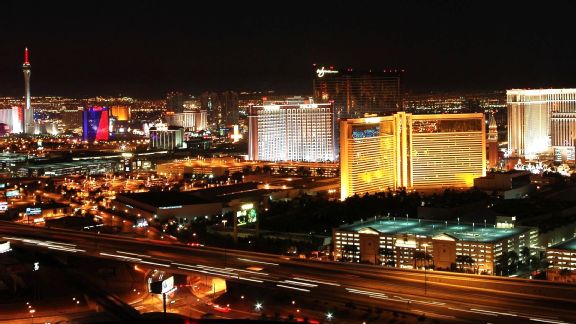 The Super Bowl is one of the biggest sports betting days of the year, so with Super Bowl LII nearly upon us, ESPN Chalk spoke with oddsmakers at some of Las Vegas' biggest sportsbooks to find out where the action has been coming in as we prepare for the big game.

1. Where do you have the Super Bowl LII line and total at right now? Do you think there's a chance the line gets to NE -3.5 or lower?

Nick Bogdanovich, director of trading, William Hill U.S.: As of right now, we have the point spread at Patriots -4.5 and a total of 48. It is possible the line goes to -3.5 soon with all of this Philadelphia money coming in.

John Murray, manager, Westgate Las Vegas SuperBook: New England -4/48. We may see some 3.5s pop up this weekend, but I think it's more likely we see the point spread trickle up a little as we get closer to kickoff. There will be takers on the Philadelphia money line, and that price may dip down this weekend.

Jason Simbal, vice president of risk management, CG Technology: Patriots -4.5, and I don't think it will hit 3.5 or lower.

2. What are a few of the prop bets that have gotten the most handle?

Kunovic: Will a field ruling be overturned by replay, and player to score first the first touchdown.

Murray: We took a six-figure bet on Nick Foles over one touchdown pass at -200. Will there be a safety, overtime, successful two-point conversion, defensive or special teams touchdown and missed PAT are all very popular "yes" bets. The public loves the pluses on those props, and we always need the "no" on all of those.

3. Which prop bets have moved the most?

Murray: We have seen movement on the yes/no prices on several different players scoring a touchdown due to people scalping our prices to those at other properties around Las Vegas. We took a lot of money on James White and Dion Lewis. We don't want to see those guys score on Sunday.

4. Do you have more future bet liability on New England or Philadelphia? What's the best outcome for you in the game?

Kunovic: We are in a great position with both teams to win seven figures either way in futures.

Bogdanovich: Both futures are OK for us, with Philadelphia betting better for us. However, the game is a different animal. For the game, the best outcome at the moment is New England and the under.

Simbal: We do better to New England in futures than we do to Philadelphia. As of now, the best result for us is the Patriots covering and the under.

5. Which player has taken the most action to win Super Bowl MVP? Any long shots?

Bogdanovich: Hands down, it is all Brady. Brady has over 70 percent of the total dollars wagered on the MVP. Long shots that are popular right now are Fletcher Cox, Malcolm Butler, James Harrison and Chris Long.

Murray: The two players with the most tickets are Ajayi and Blount. The bettors like to take long shots in this pool, and so far, they have stayed away from Brady and Foles.

Simbal: Foles, by far. He's had more than three times the next most, which is Brady. The long shot is Long at 90-1.

6. Who will score the first touchdown?

Kunovic: Danny Amendola is No. 1 in tickets and handle, while White is No. 2.

Bogdanovich: The most tickets and money wagered on this prop is on Zach Ertz. Bettors see him as a good fit to score the first touchdown. Nelson Agholor and Chris Hogan are also getting some action.

Murray: Blount has been a popular pick in this pool, as well. White has the most tickets of anyone. However, our worst-case scenario is currently Corey Clement. We lowered him from 30-1 to 25-1.

Simbal: Most bets are on Blount, and the second most are on Amendola. The long shot is Malcolm Jenkins at 55-1.

7. What is the biggest bet you've taken, and what was it on?

Bogdanovich: A bettor at the William Hill sportsbook at the Baha Mar Casino [in the Bahamas] placed a total of $1.6 million on Eagles +4.5.

Murray: We have had some inquiries on larger bets on both the side and money line, and are expecting some of our biggest house players to be in town this weekend. But as of this writing, our biggest bet is still the six-figure wager on Foles over one touchdown pass.