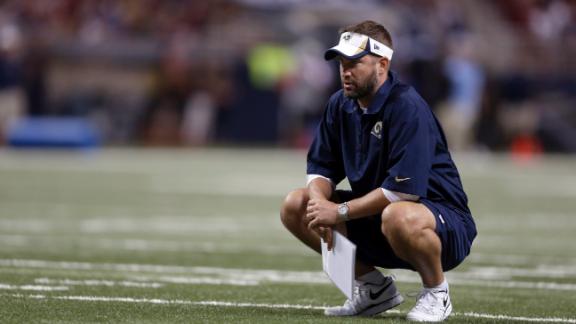 "I'm excited to have Brian join our coaching staff," Richt said in a statement through the school. "His NFL experience will be a perfect fit for how we like to play offensive football here at Georgia. He'll be excellent in developing our players in both the running and passing games, which will benefit them while they are at Georgia and for their future."

Before his three seasons with the Rams, Brian Schottenheimer was the offensive coordinator for the Jets (2006 to 2011) and the quarterbacks coach for the Chargers (2002 to '05) and Redskins (2001).

Schottenheimer doesn't have any coaching experience in the SEC, but he did transfer from Kansas to Florida, and he played for the Gators from 1994 to 1996. He graduated from Florida in 1997 with a degree in exercise and sports science.

"This is a great opportunity to become a Georgia Bulldog for both my career and my family," Schottenheimer said in a statement. "I'm thrilled to be part of an elite program with such national tradition and a great staff already in place. I look forward to working with young men and being a positive and significant influence on their lives as we develop them athletically, academically and socially."

Before moving to the NFL, Schottenheimer, 41, was an assistant coach with USC and Syracuse.

"Jeff's philosophy is always, 'Hey, be patient, don't rush into it.' But it's like anything, what's the pool like? This is all happening. You'll see the philosophy with Jeff is let's be patient, let's go through. I think that's what you'll see."