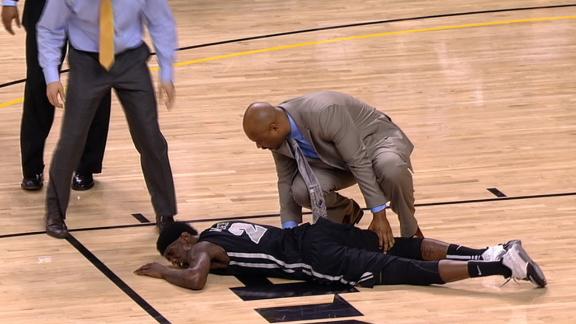 VCU guard Briante Weber suffered a torn ACL, MCL and meniscus during the closing minutes of the No. 14 Rams' 64-55 loss to Richmondon Saturday, and his collegiate career is over, school spokesman Scott Day said.

Weber, who was on pace to break the NCAA record for all-time steals, was driving down the lane against the Spiders when his knee appeared to buckle during a jump stop. He left the game for the locker room, returning later on crutches.

Weber went for an MRI late on Saturday night, which determined the extent of the injury. Through Day, coach Shaka Smart deferred comment, asking instead to be able to be with Weber immediately following the diagnosis.

The loss of Weber is a huge blow to the Rams, who saw their 12-game win streak end against the Spiders. The senior, who was just 12 steals away from setting the all-time record, is the personification of VCU's HAVOC defense, as well as the team's key distributor from the point.

As the game against Richmond proved, the Rams are easier to beat when they can't get into their pressure defense. Richmond forced VCU outside the arc, where the Rams hit only three of 20 attempts.