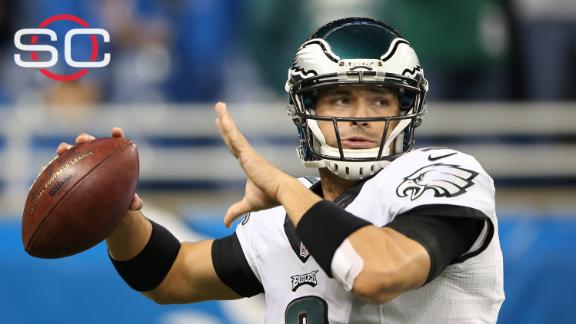 The draft pick headed to Philadelphia is a seventh-rounder, according toESPN's Adam Schefter and multiple reports.

With Peyton Manning retiring and Brock Osweiler signing with the Houston Texans this week, the Broncos were left with only Trevor Siemian at quarterback.

Sanchez, 29, appeared in four games for the Eagles in 2015, starting two. He threw for 616 yards, with four touchdowns and four interceptions.

After being a first-round pick for the Jets, earning the nickname "The Sanchize" with trips to the AFC Championship Game in both of his first two seasons, Sanchez injured his throwing shoulder during the 2013 preseason and was replaced byGeno Smith. He signed with the Eagles in 2014 after being released by the Jets.