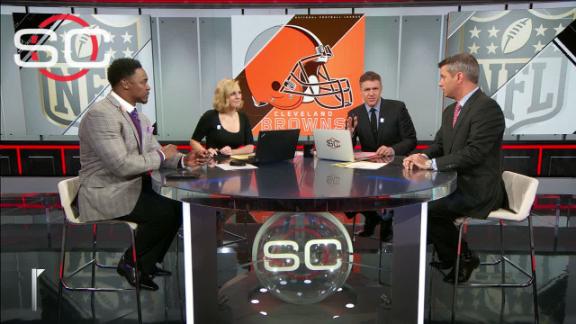 Josh McCown was placed on injured reserve Wednesday and will miss the rest of the season after fracturing his collarbone in a 33-27 loss to Baltimore on Monday night.

Davis nearly guided the Browns to a win over Baltimore after replacing McCown in the fourth quarter. Davis was 7 of 10 for 77 yards, including a 42-yard touchdown pass to tie the score.

"Austin took advantage of his opportunity on Monday night. He was prepared, played well and put us in position to win," Pettine said in a statement. "He's been great in the quarterback room all season and he has earned the right to start on Sunday. We expect him to play well."

Pettine emphasized that the Browns' quarterback situation is a "weekly thing" and that Manziel could again play at some point before the season ends.

"I talked to the quarterbacks this morning, and I said, given where we are, what our circumstances are, it's safe to say now that this is a weekly thing," Pettine said. "The decision was made [that] it's Austin for this week. I'm not going to go beyond that."

Davis said he did not look at the game as a chance for an audition to be the Browns' long-term starter.

"I feel like I'm trying to beat the Cincinnati Bengals," he said. "Kind of how you have to approach it, and everything else just kind of happens. One week at a time. Keep preparing, keep playing."

Davis understands the starting position could change from week to week, but he said he will do all he can to prepare.

"The fact of letting people down just bothers me," he said.

Manziel was the third-team quarterback against the Ravens because he had been disciplined for his decisions during the team's bye week and because he lied to the coaching staff about a video that appeared of him partying in Austin, Texas.

"I don't want to get into the punishment and length of it," Pettine said. "Just felt given the circumstances, where we had placed him, what we had done as a result of what had happened, that Austin was above him and went out and played well. ... [He] deserves this opportunity. It's more about Austin and seeing what he can do than it is about length of punishment.

"These are two players that we both want to see play, is the bottom line. I don't want to declare, 'Hey, this is what it's going to be from here on out.' These are two young quarterbacks that have upside, and we want to see what that upside is. So Austin's the guy for this week."

Pettine also said that hasn't seen any serious dissatisfaction from Manziel that might indicate he would want out of Cleveland after the season.

"I'll keep it private, but we've had very good discussions about what's happened, what did happen and the future," Pettine said Wednesday. "I see no indication of that."

Manziel has given no indication privately or public that he's dissatisfied.

Davis, 26, who will be making his ninth career start, becomes the 24th different quarterback to start for the Browns since 1999. He started eight games for the St. Louis Rams in 2014, throwing for 2,001 yards and 12 touchdowns.

Bengals coach Marvin Lewis is getting used to seeing somebody new under center for the Browns. According to ESPN Stats & Information, Davis will be the 15th different quarterback to start for the Browns in what will be Lewis' 26th career game coaching against Cleveland. The Browns are 8-17 in those games.

Davis' start doesn't bode well for Manziel's future in Cleveland
Mark Dominik and Brian Dawkins react to the news that the Browns will start Austin Davis at quarterback over Johnny Manziel and discuss whether Manziel is done in Cleveland. 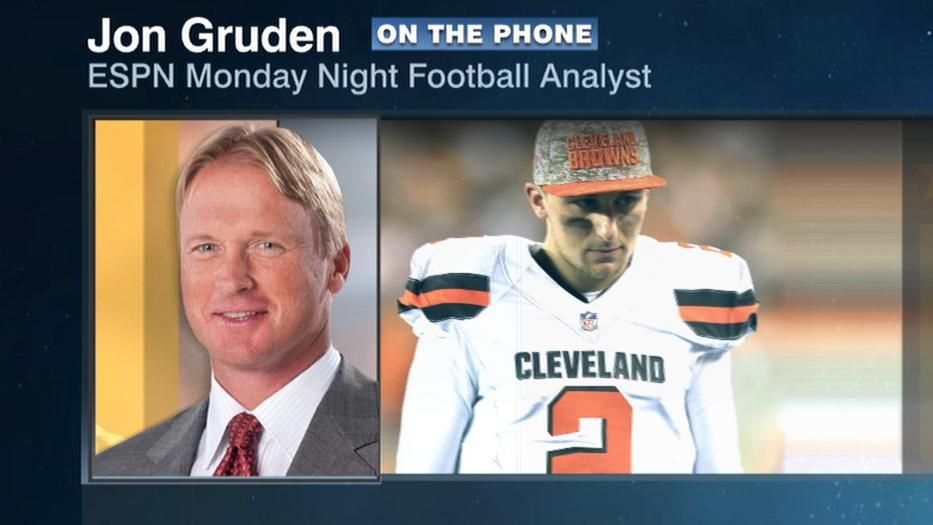 Gruden: Browns should forget about Manziel's past
Jon Gruden believes the Browns should move on from what Johnny Manziel did in the past and just worry about whether or not he can be an NFL quarterback.
Related topics:
sportsespncincinnati bengalscleveland brownsaustin davisinjured reservequarterbackjohnny manzielnflmike pettinecollarbonejosh mccown
Copyright © 2020 ESPN Internet Ventures. All rights reserved.
More Videos
From CNN Newsource affiliates
TOP STORIES