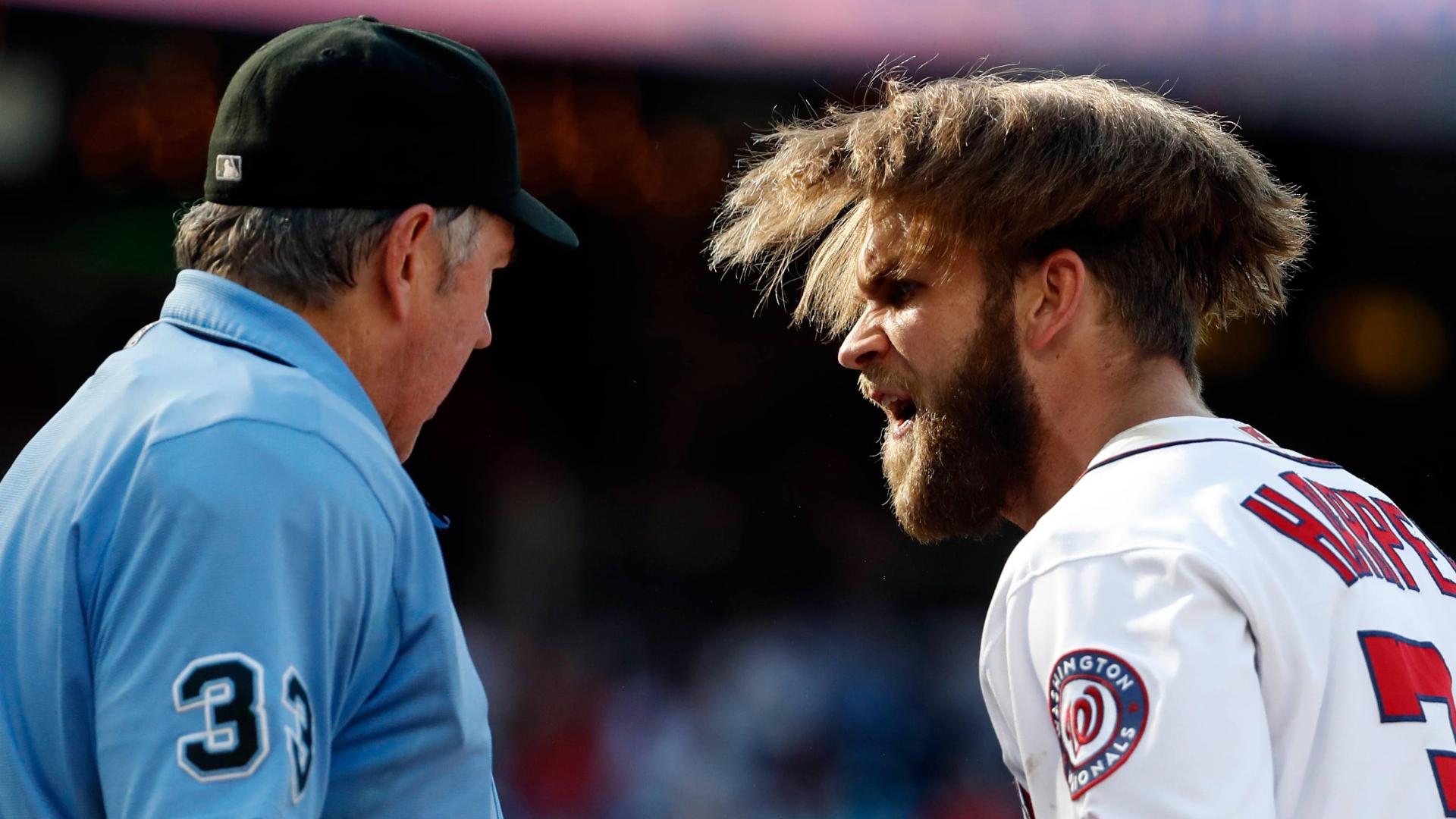 WASHINGTON -- Bryce Harper yelled at umpire Mike Winters and threw his helmet to the ground, leading to his ejection from the Washington Nationals' 9-4 loss to the Colorado Rockies on Saturday.

Harper erupted after a called third strike from Winters in the 10th inning. Harper insisted a 95 mph fastball from Jake McGee (1-3) was beyond the outside corner.

"It was off the plate," Harper said. "I could possibly see one more pitch and maybe hit a homer or a double or walk -- I could even strike out. But I just wanted to see that last pitch, and I never got there.

"It just shouldn't happen. Just bad behind there. It's not a strike."

Harper immediately turned and screamed at Winters, and the plate umpire calmly ejected him. Harper was replaced by Chris Heisey, and the Nationals lost in 11 innings after the Rockies scored five runs off Yusmeiro Petit (3-4).

"You don't ever want to get ejected, but you don't want an umpire to make a mistake in that big of a situation," Harper said. "That's just not good. I wanted to see that last pitch. We could have possibly not played the 11th or the 12th or whatever."

"Everybody blows up from time to time," Baker said. "These things happen this time of year when tempers are short. It's hot, you've played a lot of games, you've been around the same people for a long period of time and this is the time of the year when tempers do flare up." 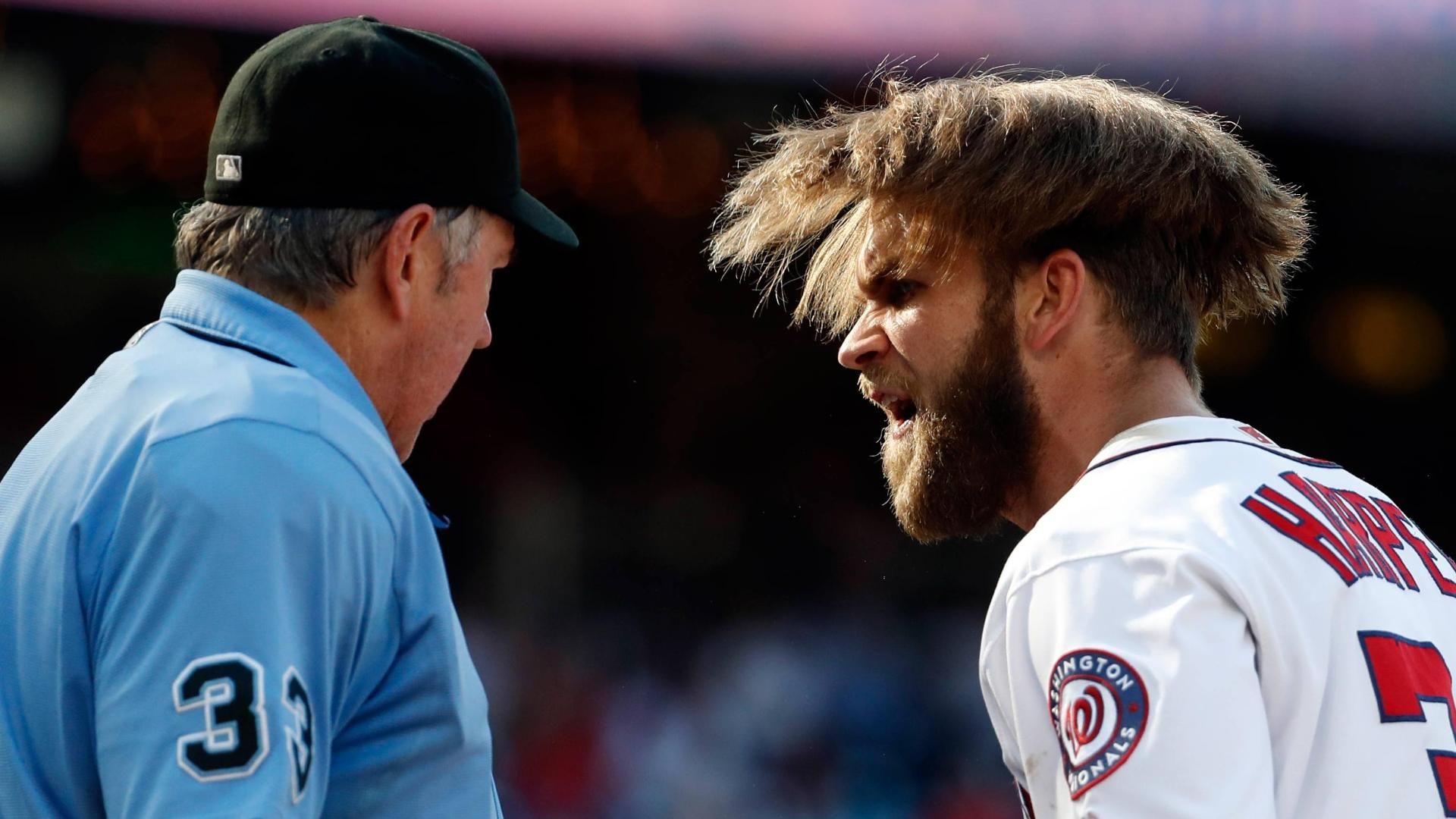