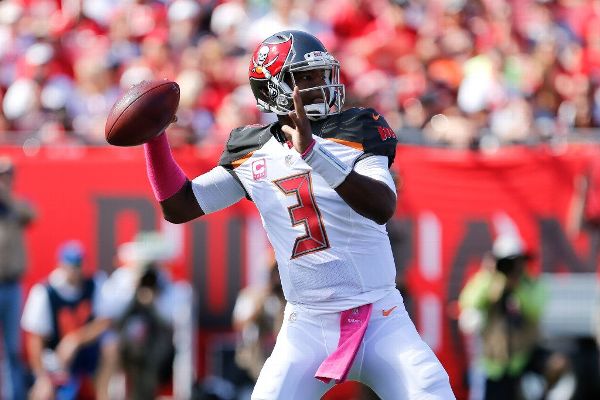 TAMPA, Fla. -- Tampa Bay Buccaneers quarterback Jameis Winston never lost a regular-season game in his two years as a starter at Florida State, going 26-1 overall. But in the pros, he's endured 15 losses as a starter.

Despite being in unfamiliar territory at 9-15 over his past 24 games, Winston says his confidence hasn't wavered.

"Losing, I believe ... losing is too easy. And I hate easy stuff," Winston said. "I hate easy. Going out there and losing is so easy. I want stuff to be hard -- that's why I want to win championships, I want to win games."

The Bucs suffered a 43-28 loss to the Atlanta Falcons last week after hoping to contend for a division title. They also gave up a record 626 yards on defense to the Oakland Raiders two weeks ago and have yet to win a home game this season. Winston said he still believes he and his teammates can turn around a struggling franchise.

"Confidence-wise, it's easy, because I'm not a loser," Winston said. "We're winners in this building. And I believe it's a choice. It's a mentality that we've gotta have and we're building. We're heading on the right path. We just gotta get over the hump, and I'm going to do what I need to do to help us get over there."

That 'whatever it takes' philosophy includes taking risks outside the pocket on 2-point conversion plays, when coach Dirk Koetter would rather he throw it away, which is what happened Thursday night against the Falcons. Winston had to come out of the game late in the fourth quarter with a knee injury, the first time in his NFL career that he did not finish a game.

"We go through that same discussion almost every week," said Winston, who insists that he's fine and showed no sign of injury during Monday's practice. "We're just gonna keep playing, and just when I take those hits, I gotta start getting into the end zone so it can be worth it."

That philosophy also includes overcoming a rash of injuries, including the loss of four running backs, two of whom -- Charles Sims and Antone Smith -- are on injured reserve, and three key wide receivers with Vincent Jackson on IR and Louis Murphy on the reserve/PUP list for the rest of the season. At one point, the team was also playing without three of four starting defensive linemen.

Winston threw nine touchdowns and eight interceptions in the first five games. Over the past three weeks, he's thrown eight touchdowns and just one interception. The turning point was the Carolina game, when the Bucs beat the Panthers 17-14 and relied on the ground game extensively.

"The Carolina game, we thought that when [Jacquizz] Rodgers -- we ain't heard about this guy in two years and he comes in and had an amazing game. We showed people we can win with our backs against the wall. We've just got to do that more often.'