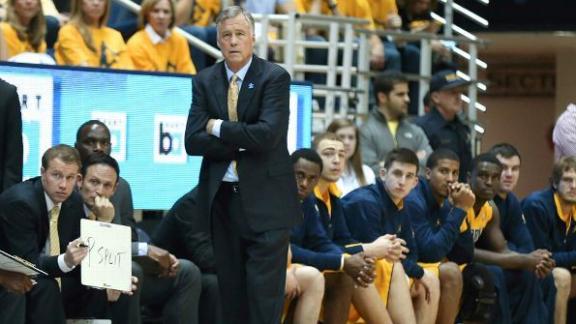 California coach Mike Montgomery will retire after six seasons with the Golden Bears.

He met with athletic director Sandy Barbour on Monday to discuss his future plans. Montgomery will address the media later in the day.

Montgomery has had one of the most successful runs in Cal history, including four NCAA tournament appearances, after a stellar career at rival Stanford.

He led the Bears to a 21-14 overall record, 10-8 in the Pac-12, this season. The Golden Bears' season ended Wednesday at SMU in the NIT quarterfinals.

His run at Stanford is widely regarded as the best ever at the school. He led the Cardinal for 18 seasons and made 12 NCAA tournament appearances, a 1998 Final Four and a 2001 Elite Eight appearance. He coached multiple NBA players, including a number of high-level draft picks.

Montgomery spent two seasons coaching the Golden State Warriors, going 68-96. He was able to have the unique experience of staying in the Bay Area and coaching all three of the top men's basketball jobs.

Montgomery, who also coached at Montana, has won 677 games in Division I. Montgomery, 67, is a cancer survivor. He went through bladder cancer surgery in 2011.

Information from ESPN.com's Andy Katz was used in this report.