Carson Wentz out against Seahawks with head injury 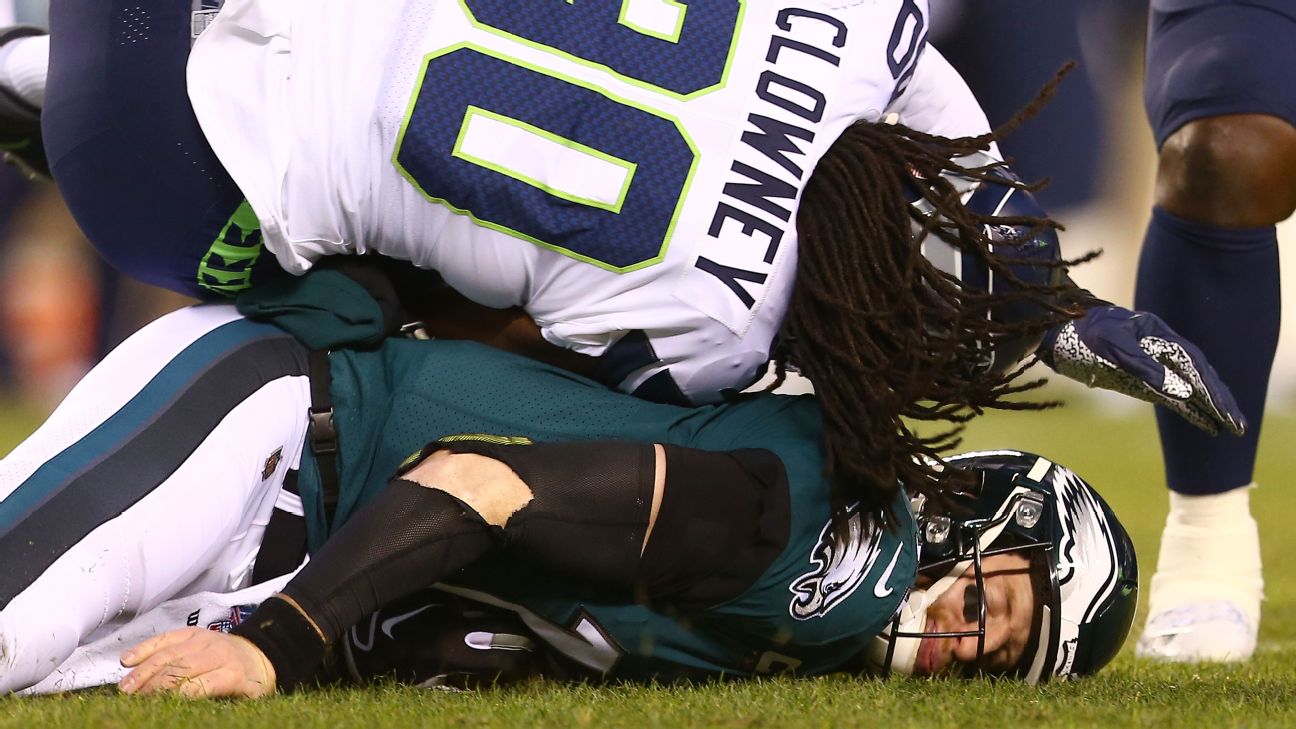 PHILADELPHIA -- Philadelphia Eagles quarterback Carson Wentz exited in the first quarter of Sunday's 17-9 wild-card loss against the Seattle Seahawks with a head injury and did not return.

He was initially ruled questionable but early in the third quarter the Eagles said he was out.

Wentz was hit in the helmet and upper back by defensive end Jadeveon Clowney on the Eagles' second possession of the game. The force of Clowney's hit drove Wentz into the ground. He appeared to buckle slightly as he rose to his feet but stayed in the game for another series.

"I was just rushing the passer. It was a bang-bang play. I didn't intentionally try to hurt nobody. I just play this game with a lot of enthusiasm and effort," Clowney told ESPN's Josina Anderson after the game. "It was just a bang-bang play. I hope he's OK and that everything will be OK with him."

Referee Shawn Smith told a designated pool reporter after the game that the helmet-to-helmet contact on the play was incidental.

"[Wentz] was a runner and he did not give himself up," Smith said. "We saw incidental helmet contact, and in our judgment, we didn't rule that to be a foul."

Wentz was replaced in the lineup by veteran Josh McCown, who appeared in his first postseason game of his 17-season career. He is the first player in NFL history to make his postseason debut at 40 years old, according to ESPN Stats & Information.

"I'm disappointed for [Wentz], because I wanted this for him, obviously," Eagles coach Doug Pederson said after the loss. "And I think a lot of his teammates did too; and the team, the organization did. He's battled through a lot. But we'll learn from it; we'll move on."

McCown retired after last season but decided to come out of retirement when the Eagles came calling in August.

Wentz played the entire regular season for the first time since his rookie year, having suffered major injuries at the end of both the 2017 and 2018 seasons. Nick Foles led the Eagles to the Super Bowl title in February 2018. This was Wentz's first playoff game.

Defensive end Brandon Graham injured his knee in the first half and was questionable to return, but he came back in the third quarter. 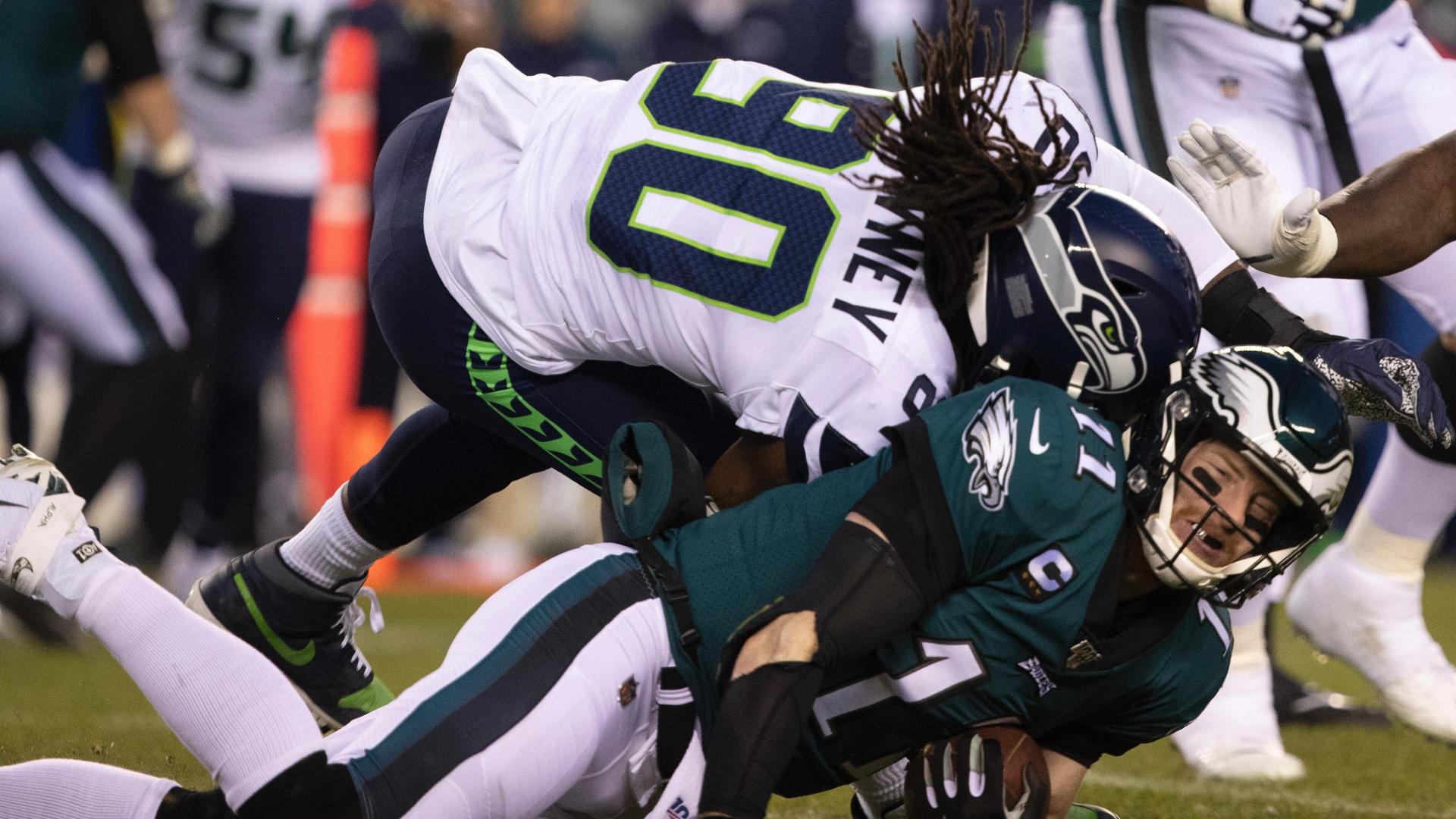 Wentz leaves game with head injury
Carson Wentz gets hit in the back of the head by Jadeveon Clowney in the first quarter. Wentz would go to the locker room and not return to the game. 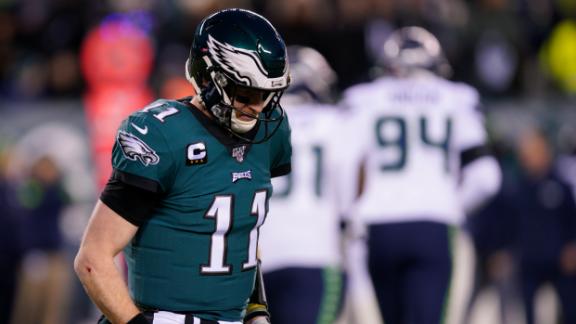