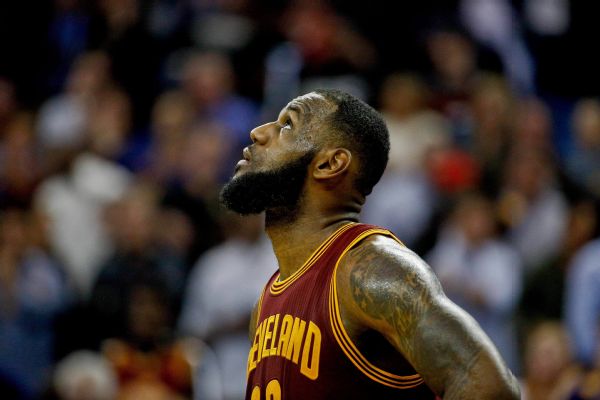 CLEVELAND --Cavaliers general manager David Griffin and the team's superstar, LeBron James, can agree on one thing: Some urgency would help Cleveland out of its current slump.

Only, while James' immediate call was for the team's front office to do more after a 124-122 loss Monday night to the New Orleans Pelicans--who were missing star forward Anthony Davis--Griffin's current focus is on how the team can help itself on the court.

"The thing we have to do the most is get better from within," Griffin said in an impromptu news briefing Wednesday before the Cavs' 116-112 overtime home loss to theSacramento Kings-- the team's sixth defeat in eight games. "This is the team we have, and we really like this team a lot. We believe in this team at a deep level, and we need to get better from within and play better, quite frankly. We need to have a greater sense of urgency and start to develop a championship identity. I think it's clear we have not been doing that."

Cleveland (30-14) leads the Eastern Conference, but James -- especially having recently played the best the West has to offer in Golden State and San Antonio in the span of six days -- is not satisfied.

"I just hope we're not satisfied as an organization.''

Griffin, who met with James one-on-one about his comments before coach Tyronn Lue addressed the team as a whole at the Cavs' walk-through on Wednesday, took exception to James calling out the franchise's commitment.

"The comment about the organization being complacent I think is really misguided," Griffin said. "Organizationally, there is absolutely no lack of clarity on what our goal set is. We are here to win championships, and there is no other solution, there is no other outcome that is acceptable, and there never has been. But in terms of the on-the-court complacency, I've seen a lot of that."

While one team source told ESPN there was amazed disbelief that James could question the Cavs' pledge to repeat as champions -- considering owner Dan Gilbert is on the hook for the largest payroll in league history at more than $127 million, plus luxury tax -- another source within the Cleveland front office told ESPN that the timing of James' words was "brilliant," as the Cavs have thrived in adversity the past several seasons and this chaos that James created could jolt the team out of its current malaise.

"We're a team that will create an opportunity for ourselves to have to dig out of a hole," Griffin said. "We do it in every single game. It's just how we are. We're not good from the front. We're much better when we're the hunter. I see us every year put ourselves in position to have to fight out of something. It's what we've done as a team, and it's hard for me to tell you we're dealing with a lot of adversity when we're No. 1 in the East. But we have a tendency to be our best when our backs are against the wall, so I have no reason to believe that won't be true now."

James was asked about his meeting with Griffin following Wednesday's loss.

Griffin would not disclose the details of their talk -- "I'm going to keep that in-house, but it was a good conversation," he said. "I think we both needed it. I'm happy it happened." -- nor would he say whether James expressed any remorse.

What Griffin would say is that James' call to action will not have any effect on his pre-existing plans to address the roster as he deems fit.

In other words, James' statement will not force Griffin's hand or cause him to speed up his search for what the Cavs need. As Griffin told reporters on Cleveland's recent West Coast road trip, with the way the standings are crowded right now, very few franchises have identified themselves as sellers.

Until that happens, the Cavs do not anticipate having all potential options available to them.

A team source told ESPN that Griffin expressed his disappointment in James for the manner in which he shared his thoughts on the roster.

"It wouldn't have been my preferred method," Griffin told reporters. "It certainly wasn't appropriate from a teammate perspective. But, it is what it is."

What is most troubling, in Lue's estimation, is the state of his team's defense. The Cavs have allowed 100-plus points in 11 straight games and, entering Wednesday, had allowed an averageof 122.7 points per game in their past three losses.

"Lack of identity on the defensive end probably is hard for us to figure out right now," Griffin said. "That's been disappointing, because I think we won last year in large part because we did have a grit and toughness to us on the defensive end that we have not displayed to this point, and all those same people are here. So I expect more of us on that end, and I know they expect more of themselves, as well."

Still, Lue expressed a positive outlook about the Cavs' future, saying on Wednesday, "We have enough on this team to win a championship."

Griffin didn't disagree with Lue but admitted he can help their chances by tweaking the roster, as James has called for.

As Lue added, "For me, you always want to try to improve the team, whether you're great or not. Golden State won 73 games last year, and they added Kevin Durant. You always want to get better, and when you see teams getting better as a competitor, you want to get better. But we have enough on this team to win a championship. We can get better. I know Griff is going to make us better, and he's going to do the best he can. For me, LeBron James, the best player in the world, took a team that was worse to the NBA Finals two years ago. We have a good team. We just have to start playing better as a unit. No excuses." 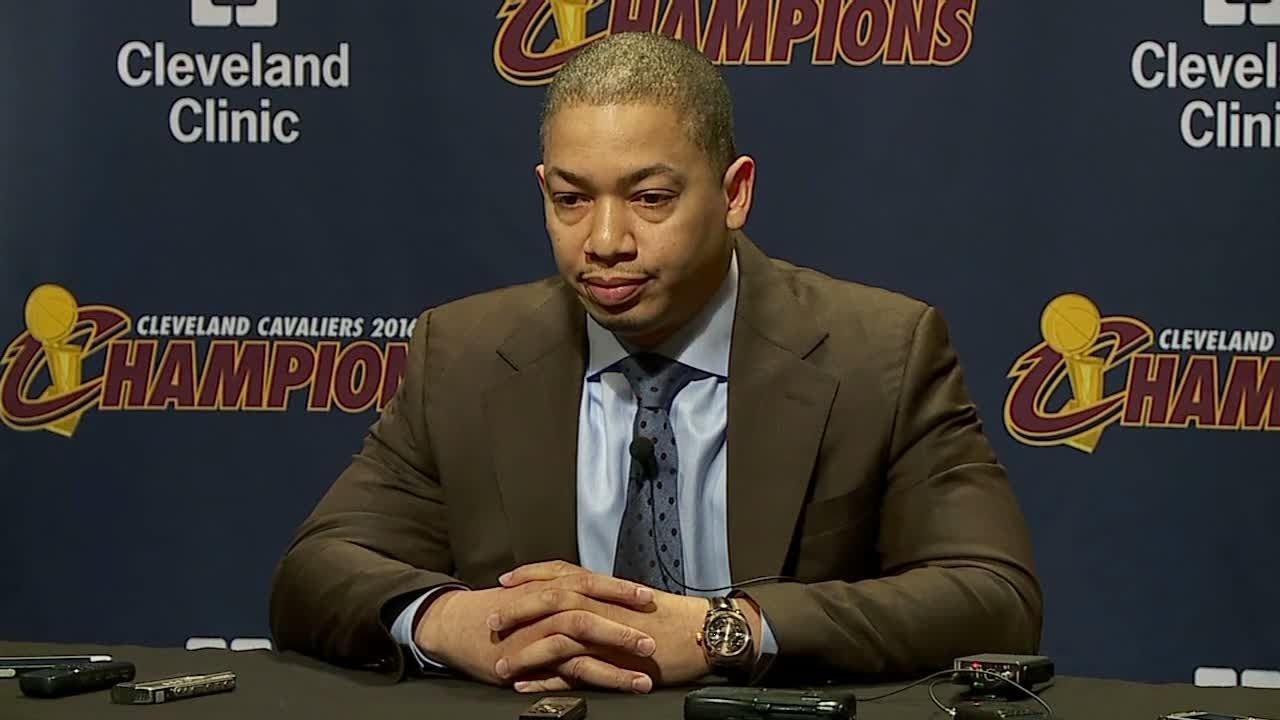