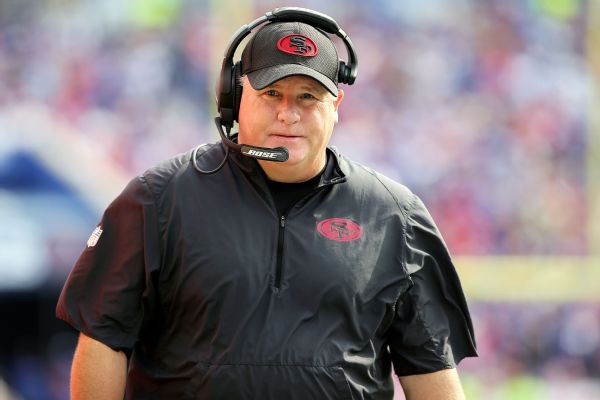 FormerOregoncoach Chip Kelly is joining ESPN as a studio analyst next season.

"Over the last 30 years, I have experienced football from one perspective -- as a coach," Kelly said in a statement. "Working in television will allow me to see the game from a different angle; simultaneously, I'll provide viewers an insight to the mindset of a coach and team while offering alternative views of various situations.

"Once I decided to make the move to TV, my familiarity with ESPN, combined with their high-quality production and vital role in college football, it was easily the best network suited for me."

Kelly will primarily be part of Saturday pregame, halftime and wrap-up shows on ESPN2. He will also provide NFL analysis on Sundays during SportsCenter.

"Chip is one of the most innovative football minds of our generation," Lee Fitting, ESPN's senior coordinating producer, said in a statement. "As a coach, he saw the game from a unique perspective, never afraid to take an unconventional approach. We want him to bring that mentality to our college football coverage each week, offering fans a varying viewpoint outside of the conventional thought process."

Kelly, 53, spent the past four seasons in the NFL, coaching Philadelphia for three years and San Francisco for one. Kelly was fired by the49ersafter going 2-14 last season. He was 26-21 with a playoff appearance for theEagles.

As a condition of his contract with San Francisco, Kelly's salary from ESPN will be deducted from what he was still owed by the 49ers, a source told ESPN's Darren Rovell. Kelly had three years left on a four-year, $24 million deal when he was fired in January.

Before jumping to the NFL, Kelly spent four seasons as Oregon head coach and went 46-7. In 2010, Kelly led the Ducks to the BCS title game and was the Associated Press coach of the year.