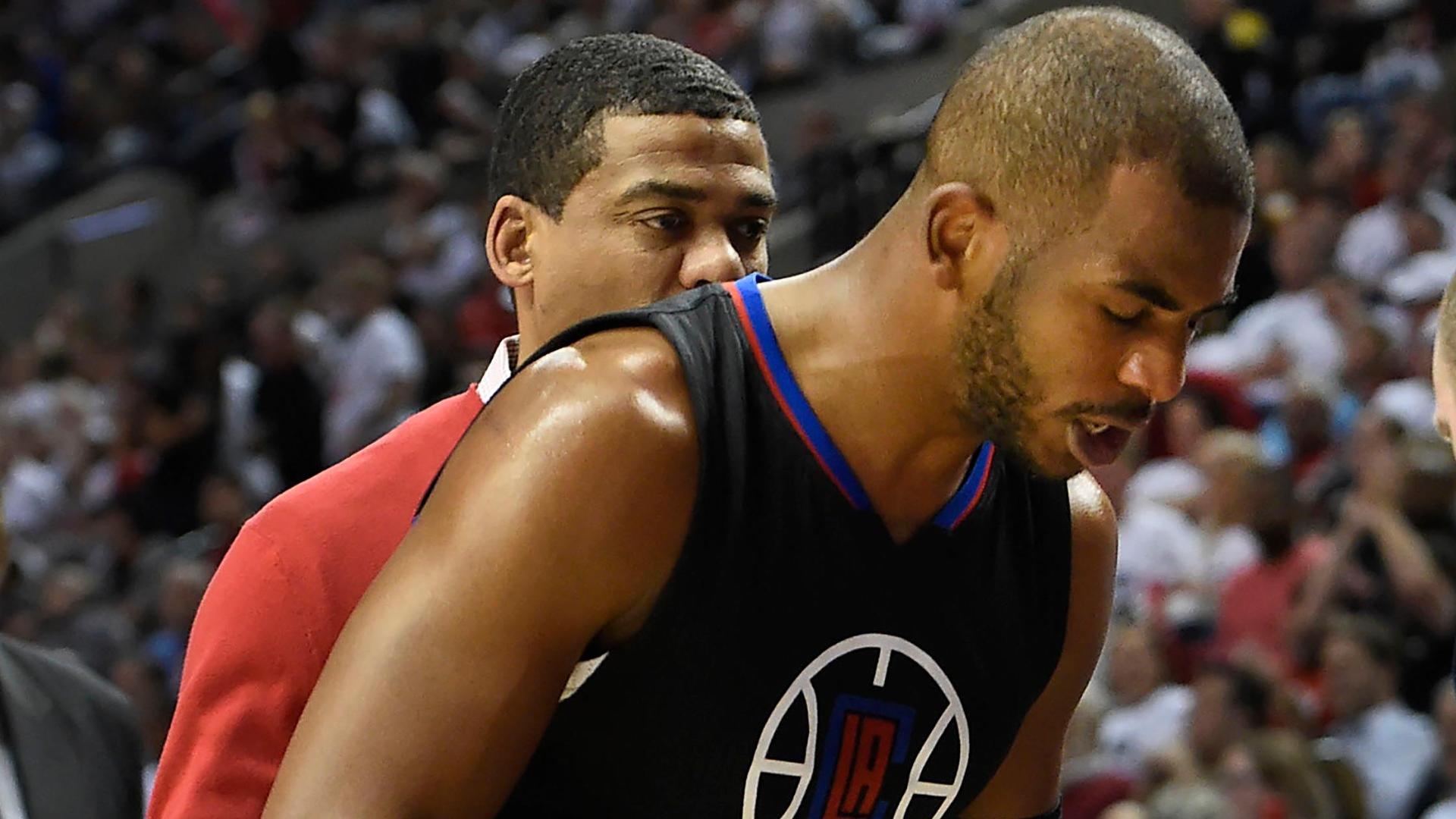 PORTLAND, Ore. --Los Angeles Clippers point guard Chris Paulsuffered a fracture in his right hand during Monday night's 98-84 loss to the Portland Trail Blazers and did not return.

Paul suffered the injury while defending Trail Blazers guard Gerald Henderson and was taken out with 6:07 left in the third quarter of Game 4, which evened the series at 2-2. Paul's fracture was in the third metacarpal, in the center of the palm of his right (shooting) hand.

Paul will be re-evaluated Tuesday in Los Angeles, but team sources indicated that surgery will likely be needed and that the normal recovery time for the injury is anywhere from three to six weeks. Barring a better prognosis from new X-rays after swelling has subsided, Paul is unlikely to return this season.

Shortly after Paul suffered his injury, Blake Griffin suffered a left quad injury that limited him in the fourth quarter before he sat out the final 5:48 of the game.

"It's tough," Griffin said. "It's not easy dealing with injuries, especially this time of year."

Rivers said there was a "50-50" chance Griffin would be available for Wednesday's Game 5.

"It doesn't look great for him, either," Rivers said.

An angry Paul walked off the floor to the locker room after being briefly checked by a trainer, shaking his head and kicking a seat cushion while making his way off the court.

Paul, who had 16 points in 24 minutes, shook his head and looked distraught on the bench as the team's head athletic trainer, Jasen Powell, looked at his right middle finger and wrist.

Paul was taken back to the locker room, where the injury was confirmed, and he was ruled out for the rest of the game. He was seen leaving the arena in a sling and what appeared to be a cast.

"Yeah, I talked to him," Griffin said. "He was clearly disappointed and upset, but there's nothing you can do. You try to tell a guy like that that 'it's OK, we got you' and 'it's going to be OK,' but he's a competitor and wants to play, so it's tough. It's not easy dealing with injuries, especially this time of year. As his teammates we'll always have his back and go from there."

Griffin, who had his head down while sitting on the bench, was noticeably limping on the court before he was taken out. Griffin suffered a partially torn quad tendon on Christmas Day against the Los Angeles Lakers that sidelined him.

"Yeah, just the same area," Griffin said. "I planted off of my left. I'll be re-evaluated tomorrow and go from there."

Griffin missed 47 games this season with the quad injury and a broken hand suffered after an altercation with assistant equipment manager Matias Testi.

Griffin was forced to serve a four-game suspension for the altercation after he was cleared to return to the court.

"Hopefully in the next 24 to 48 hours you turn a corner and feel better, so I'm not really concentrating on how it felt tonight, that's kind of expected after you tweak something," Griffin said.

Information from ESPN's J.A. Adande was used in this report. 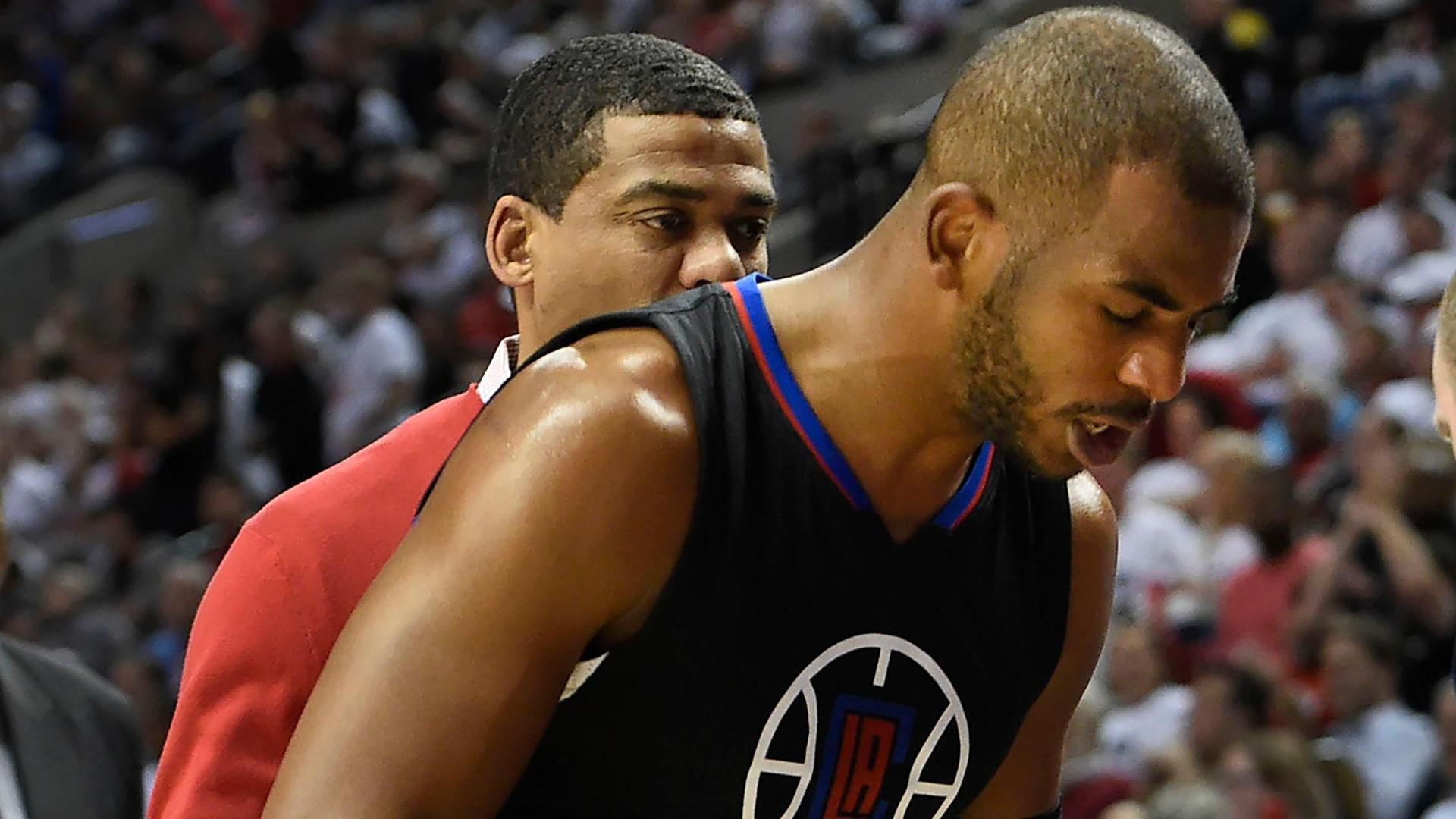