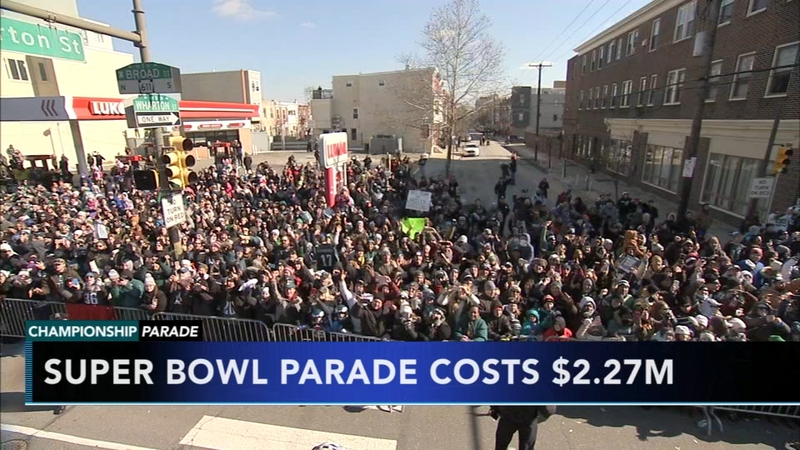 The mayor's office Friday night says the vast majority of the tab is for police overtime.

In addition to the staffing costs, fans did roughly $200,000 in damage to city property.

The Eagles have agreed to cover the cost of the damage.


"We thank the Eagles for their contribution to cover property damages on top of everything else they did to make the parade and ceremony so special. We'd also like to thank the Commonwealth for helping defray the security costs to help ensure that this was a joyous day for residents throughout Philadelphia and the region. It's estimated that the two playoff games at the Linc prior to the Super Bowl brought in $2.3 million in additional wage and parking taxes. With that factored in, I'm comfortable that we were able to stage an enormous and nearly-flawless celebration while still protecting the interests of taxpayers. We're very proud of the team, and its fans made Philadelphia shine on the day of the parade."