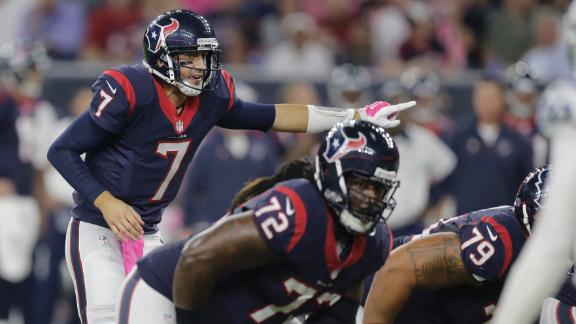 He had started Thursday night against theIndianapolis Coltsbut left the game after having the wind knocked out of him in the second quarter.

Did he expect to go back in?

Did he feel good enough to go back in for Brian Hoyer, who replaced him?

Did he try to get back into the game?

For the second time this season, Texans coach Bill O'Brien is considering an in-season quarterback change. O'Brien said after the Texans' 27-20 loss to the Coltsthat he isn't sure whom the Texans' starting quarterback will be and has to watch film to make that decision.

Hoyer completed 24 of 31 passes for 312 yards with two touchdowns and one interception. He finished the game with a passer rating of 116.6.

"Brian, I thought, did a good job tonight, but we'll talk about it," O'Brien said. "I haven't even talked to the staff yet about it. We'll sit down and review the film. I thought Brian did a good job though."

Mallett left the game with about seven minutes remaining in the second quarter after he took a helmet to the gut. Colts linebacker Sio Moore was called for roughing the passer on the play. Mallett came out, having completed 7 of 10 passes and throwing one interception, finishing with a passer rating of 41.7.

Hoyer replaced him on the ensuing first down and stayed there for the rest of the game.

Mallett tried to walk onto the field a couple of plays after exiting once he had a chance to catch his breath. O'Brien didn't insert him back into the game.

"Subbing him back in during a drive, I just -- I thought Brian went in there and did a decent job of completing some passes on that drive," O'Brien said. "He was getting into a rhythm, so I stuck with Brian there."

Hoyer led a drive that resulted in the Texans' first points of the day, a 36-yard field goal by Nick Novak. Throughout the drive, Mallett stood on the edge of the playing field.

Mallett initially took his first snaps for the Texans in Week 1 with the team down 27-9 with 6:10 remaining in the game. Though Hoyer had been named the starter to begin the season, he had turned over the ball twice inside the Texans' 15-yard line. O'Brien felt Mallett gave the team a spark -- he immediately led a touchdown drive -- and chose Mallett as the team's starter beginning in Week 2.

The Texans went 1-2 during Mallett's first three starts. On Sunday against the Atlanta Falcons, Mallett played until midway through the third quarter. Down 42-0, O'Brien replaced Mallett with Hoyer, and Hoyer led three touchdown drives. Facing a short week, O'Brien opted to keep Mallett as the team's starter for Thursday night's game.

Now he faces another decision. The quarterbacks will once again wait and stay ready.

"That's not for me to decide," Hoyer said, when asked if he feels that he is the team's starting quarterback. "My job is to go out and, if I play, I play, and try to play the best I can." 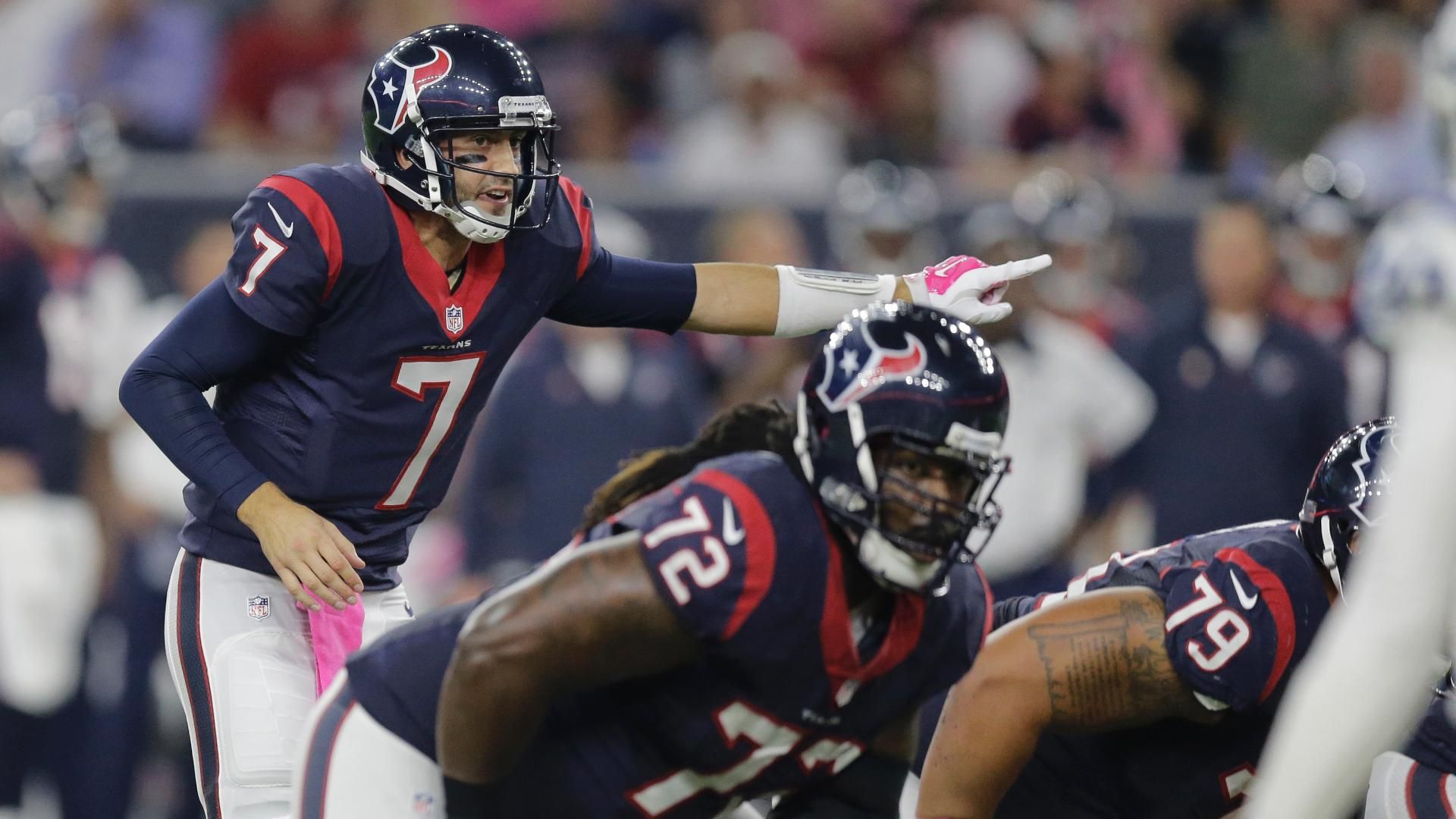