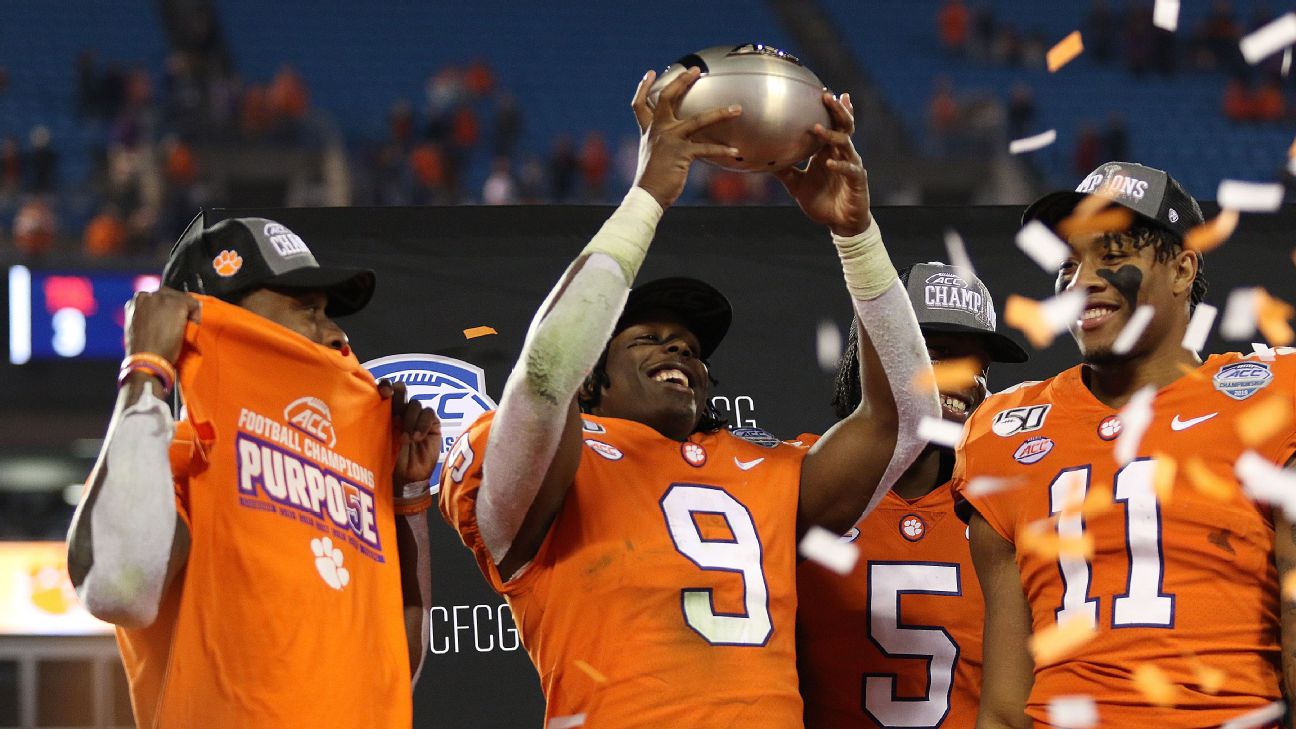 Ryan McGee: People forget this now, but in 2010 we were all asking ACC commissioner John Swofford questions about his league's chances of survival. At the time, the Big East seemed like it was in the power position. But it got caught napping and the ACC picked it apart. What if the Big East had gotten its act together, been the aggressor, and made the moves so many had expected?

Adam Rittenberg: What if Pac-12 commissioner Larry Scott had pulled off his Big 12 pillage and created a super-conference with Texas, Oklahoma and more? The Big 12 would no longer exist, and the Pac-12 would be seen in a completely different light. Would there be more super-conferences? How would it all work geographically and financially? And what if Notre Dame had bought the Big Ten's pitch to join the league as a full member in the 1990s? The Big Ten pursued Notre Dame in 1994 and again in 1999. It was a quick "No" the first time and a fairly quick "No" the second time. But if Notre Dame joins the Big Ten, does the Big Ten even pursue Nebraska or set off the major national realignment in 2010?

Mark Schlabach: What if Florida State had joined the SEC, instead of the ACC, in 1991? The Seminoles had flirted with the SEC since the 1950s, but their efforts were often blocked by the in-state rival Gators. FSU finally received an SEC invitation in 1990, but the Seminoles elected to join the basketball-centric ACC instead. Would FSU have had as much success in the SEC? Would Bobby Bowden still have pulled off his dynasty, with two national championships and 14 straight top-five finishes? Bowden told ESPN's Paul Finebaum in 2015 that he preferred the ACC over the SEC because there was an easier path to winning a national title. "I felt that it was too difficult to win through the SEC to win a national championship," Bowden told Finebaum. "I felt like our best route would be to go through the ACC and that did prove out to be correct. I don't know if we could have made it through the SEC."

Ivan Maisel: The poaching of Maryland and Rutgers allowed the Big Ten to establish a beachhead on the East Coast, but what if Jim Delany had succeeded in his sales pitch to Georgia Tech and convinced the Yellow Jackets to leave the ACC? The Big Ten would have set anchor in Atlanta, the national capital of college football. The league would be able to recruit more in the biggest treasure chest of talent in the country. And Ohio State fans would have learned the pleasures of a chili dog at The Varsity.

David M. Hale: OK, it wouldn't have shaken the very foundations of college football like some other realignment moments, but let's look back at the ACC's decision to add Louisville over UConn in 2014. At the time, there was a strong case for the Huskies. The ACC was gaining a stranglehold on the northeast TV market with BC and Syracuse, but the Big Ten's addition of Rutgers and Maryland altered that dynamic. UConn wasn't that far removed from respectability either, having won eight games or more six times from 2003 through 2010. And of course, the ACC has never been shy about prioritizing basketball, and UConn's addition would've been a boon for schools like Pitt, Syracuse and BC. That was the fear among the football-focused faction of the league back then, but the ACC went the other way, adding Louisville instead. It was the right call. The ACC got Lamar Jackson and carved out a niche in the Midwest, while UConn has utterly imploded, losing nine or more games six times in seven years, and the Huskies are now without a football home after the school departed the American Athletic Conference to focus on basketball in the Big East.