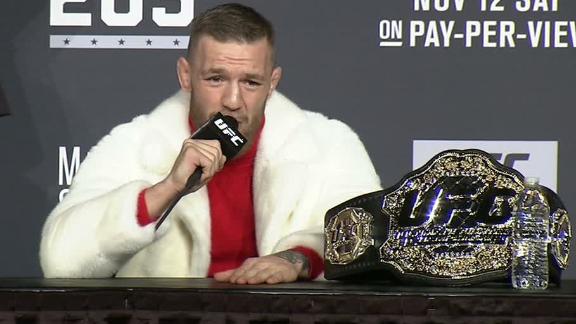 NEW YORK -- There isn't another star in the UFC quite likeConor McGregor, and the promotion's featherweight champion made sure everyone knew that at Thursday's UFC 205 news conference.

Arriving 14 minutes late to the festivities inside the Theater at Madison Square Garden, McGregor stole the show just two days ahead of the UFC's inaugural card at "The World's Most Famous Arena."

McGregor (20-3), who is looking to become the first UFC fighter to hold titles in two weight divisions simultaneously when he faces lightweight champion Eddie Alvarez (28-4) on Saturday, was his usual theatrical self in a wild, expletive-filled news conference.

The Irish star briefly stole Alvarez's 155-pound belt and needed to be restrained by security after he picked up Alvarez's chair, raised it over his head and threatened to use it as a weapon during a chaotic sequence.

McGregor was fined $150,000 for throwing water bottles at Nate Diazin August during the UFC 202 news conference, one he also was tardy to. He had fun with the moment Thursday, saying, "I wonder how much a chair would've cost me?"

Alvarez, meanwhile, was visibly upset Thursday, and he walked off the dais five minutes in after delivering an angry statement.

"I don't even have an opponent," he said. "I'll see you guys tomorrow. When he comes, you give me a call."

After his arrival, McGregor said, "Sorry I'm late, I just don't give a f---." Asked moments later about where he was, he said, "I operate on my time, I operate on my own time. And I'm running early on my time."

McGregor, dressed in a white mink coat, predicted a first-round knockout of Alvarez, saying, "I predict I rearrange his face. He's too easily hit." But the 145-pound champion wouldn't budge when asked to clarify rumors he will make a special announcement after Saturday's fight regarding his intention to take time off in 2017.

McGregor enters Saturday's bout on a short turnaround having gone five hard rounds with Diaz less than three months ago. He downplayed the lingering effects of a leg injury that left him limping after the Diaz fight.

Saturday's card marks the UFC's debut in New York City after a bill was passed in March that lifted a ban on professional mixed martial arts in the state that dated back to 1997. 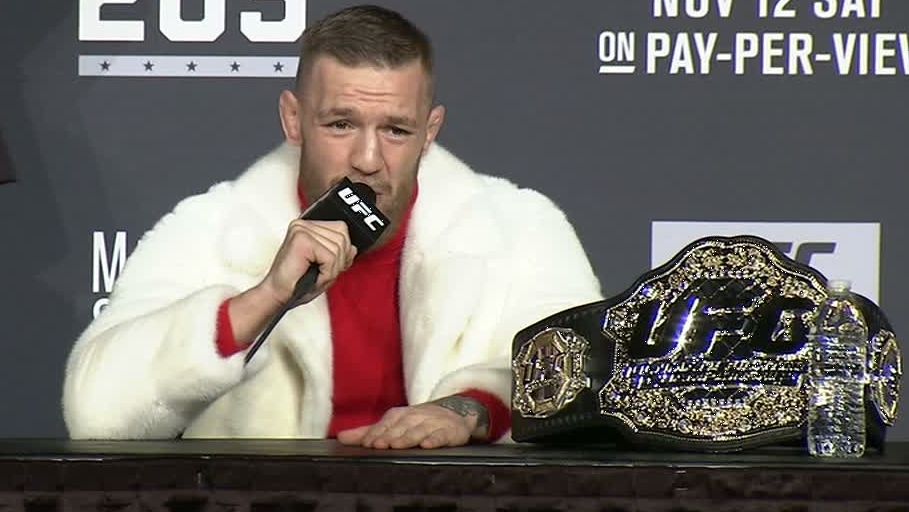 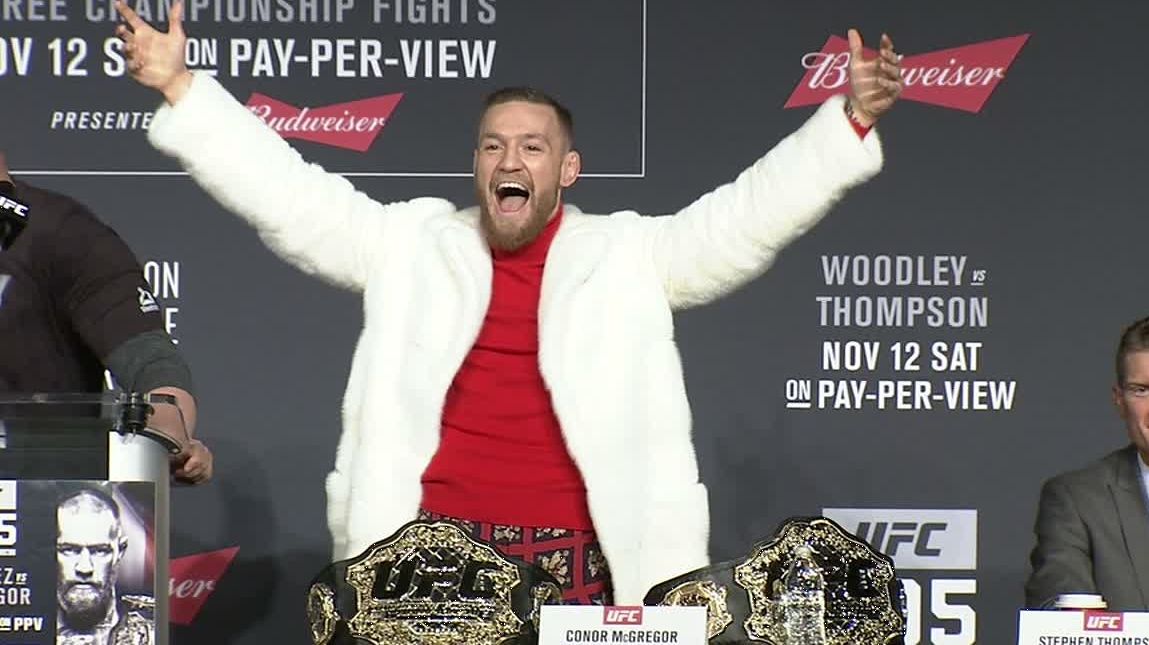