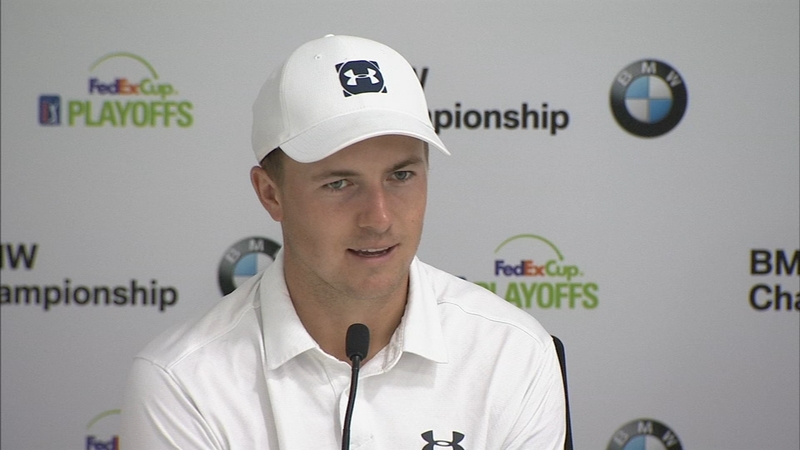 NEWTOWN SQUARE, Pa. (WPVI) -- Some of the world's best golfers are in the area to tee off in the BMW Championship in Newtown Square, Delaware County, including a self-professed Dallas Cowboys fan.

Jordan Spieth's parents live in the Lehigh Valley, but he was born in Dallas.

At the Aronimink Golf Club, former Eagles quarterback Ron Jaworski made sure to show him the Eagles Super Bowl ring.

"Jordan Speith is a friend of mine. Every time the Eagles have a good game, he hears from me," Jaworski said.

Spieth spoke to reporters about his experience with Eagles fans.

"People don't really like me being from Dallas here. People just yelling at me, 'Jordan, how about the Eagles?' I'm like, 'I get it. Good job,'" Spieth said. "I don't work for the Cowboys. I was born and raised in Dallas. Can't hate a person for being a fan of their hometown team."

He added, "The funny thing is if you don't respond, they'll just yell it louder and louder."

Jaws says after the Super Bowl win, he texted Spieth several times and never heard from him.