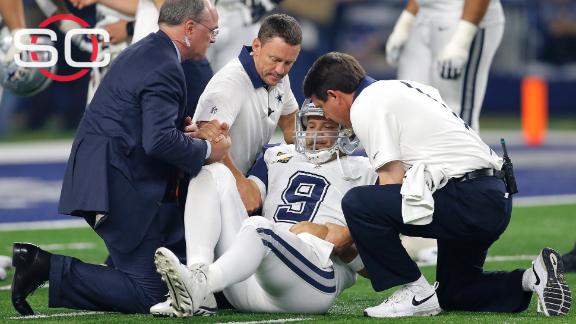 ARLINGTON, Texas -- Cowboys quarterback Tony Romo suffered a left collarbone injury on the final play of the third quarter during Dallas'33-14 lossThursday when he was sacked by Carolina Panthers linebacker Thomas Davis.

Romo missed seven games with a broken left collarbone suffered in a Week 2 win over the Philadelphia Eagles when linebacker Jordan Hicks landed on Romo after an incomplete pass.

After Thursday's game, Romo said the sensation was similar to what he felt when he fractured the collarbone earlier this season.

Davis landed on Romo on this sack, jamming the quarterback's left shoulder into the turf.

After getting treated by the Cowboys' medical staff, Romo went straight to the locker room for further examination. He was holding his left arm close to his side as he walked off the field.

Garrett wouldn't rule out Romo returning this season and said he would play if he was cleared even with the Cowboys unlikely to make a return trip to the playoffs.

Romo did not have surgery after his Week 2 injury and returned to action last week against the Miami Dolphins.

Romo missed the final 10 games of the 2010 season because of a broken left collarbone suffered on a hit by New York Giants linebacker Michael Boley.

Matt Cassel replaced Romo on Thursday. The Cowboys released Brandon Weeden on Nov. 17, and have Kellen Moore and Jameill Showers on the practice squad.

Romo was wearing extra protection under his shoulder pads Thursday. The team's equipment and medical staffs sewed a hex-pad into an undershirt Romo wears.

When he returned last week, Romo acknowledged the possibility of a re-break despite being cleared.

"Honestly, I think every time you come back, there's going to be a few weeks where you're risking it," Romo said. "That's part of when you come back from a collarbone in seven, eight weeks or whatever. It's just always the re-break ability is going to be there. It's a real thing. It happens all the time in the NFL. But you have to go play. We don't have much wiggle room."

ESPN's Ed Werder and The Associated Press contributed to this report.

Romo: 'It's just a very disappointing day'
Tony Romo addresses the media after suffering another collarbone injury in the Cowboys' loss to the Panthers. 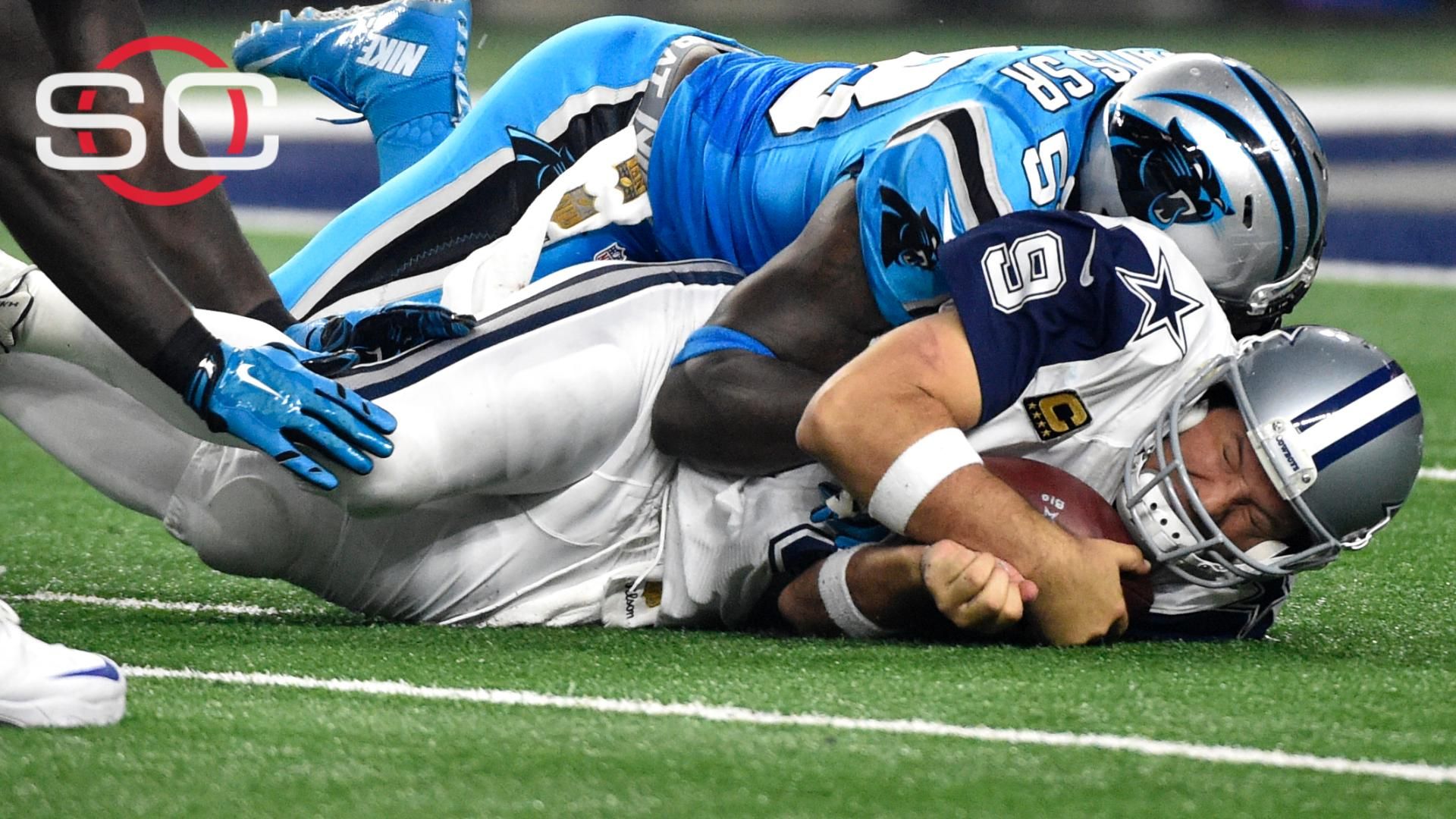