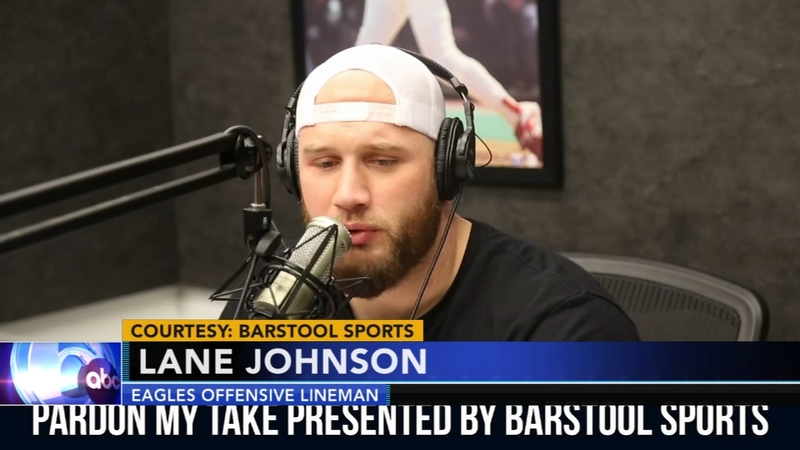 PHILADELPHIA -- Philadelphia Eagles offensive tackle Lane Johnson took some parting shots at the New England Patriots, saying during a recent interview that the reigning AFC champions are a "fear-based organization" where the players don't have fun.

The outspoken Johnson made his comments to Barstool Sports in an interview published Friday, five days after the Eagles upset the Patriots in Super Bowl LII.

"I just think that The Patriot Way is a fear-based organization," Johnson said on the Pardon My Take podcast. "Obviously, do they win? Hell yes, they win. They've won for a long time. Do I think people enjoy and can say, 'I had a lot of fun playing there?' No, I don't. That's just the God's honest truth."

Johnson also criticized the Patriots' interactions with the media.

"They're successful, but when they go to interviews, they act like [expletive] robots," he said. "Hey, stop being a [expletive.] We can be cordial for a little bit. You only get to do this job one time, so let's have fun while we're doing it. Not to be reckless, but I'd much rather have fun and win a Super Bowl than be miserable and win five Super Bowls."

Johnson made headlines before the Super Bowl when he referred to Patriots quarterback Tom Brady as a "pretty boy" and said there was "nothing I'd like to do more than dethrone that guy."
EMBED More News Videos

Some 'hiccups,' but Philly says Eagles parade a success. John Rawlins reports during Action News at 4pm on February 9, 2018.