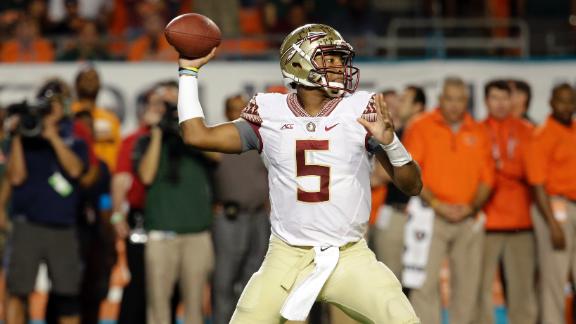 Distractions off the field, deficits on the field, nothing has derailed the Seminoles for 26 games and counting. And after yet another comeback, the defending national champions are squarely in the mix for another title.

Dalvin Cook ran for two scores, including the go-ahead touchdown with 3:05 remaining, and the third-ranked Seminoles rallied to beat Miami 30-26 on Saturday night for their fifth straight win over their archrival and the fifth straight time they have won on Hurricane turf.

Amid another batch of twists and turns -- uncertainty over Cook's status early in the week because of a sore hip, and then a Friday report in The New York Times about how starting cornerback P.J. Williams was ticketed but not charged after briefly leaving the scene of a car accident last month -- Florida State (10-0, 7-0 Atlantic Coast Conference, No. 2 AP) remained unscathed.

Jameis Winston completed 25 of 42 passes for 304 yards for the Seminoles, who clinched the ACC's Atlantic Division title earlier in the day when Clemson lost.

"That's how we're built," Florida State receiver Rashad Greene said. "At the end of the day, we don't panic, we don't point fingers, we don't blame anyone. We make it possible."

Brad Kaaya threw for 316 yards and two touchdowns for Miami, which got to the Florida State 43 on its final drive but fell short when Jalen Ramsey intercepted a fourth-down pass with 39 seconds left.

Duke Johnson rushed for 130 yards and a touchdown for the Hurricanes (6-4, 3-3), who were eliminated from the ACC's Coastal race. Phillip Dorsett and Clive Walford caught scoring passes for Miami.

"We're 6-4," Johnson said. "The four losses we have are basically self-inflicted."

With that, the cardiac Noles saw their chances of a second straight unbeaten run to a national title live on.

"They love each other and it gets down to that," Fisher said. "They play for each other. They don't panic. This is a heck of a Miami football team. Give them credit ... but our kids just execute when they have to."

The stadium was packed -- a rarity for Miami -- and filled with star power. Former Miami coach Howard Schnellenberger was on the sideline pregame, as was Miami Marlins slugger Giancarlo Stanton.

They all got what they came to see: another Miami-FSU classic.

Down 13 at the half, Florida State got a huge break to get the comeback rolling.

Facing a third down at the Miami 11, Winston dropped back and had his throw deflected by the Hurricanes' Tyriq McCord, whose hand sent the ball flying high into the night.

Karlos Williams caught the carom in stride, waltzed into the end zone and just like that it was a one-possession game, Miami's lead down to 23-17.

"We were right there," Kaaya said.

The Hurricanes rolled up 320 yards in the first half, and then got just about nothing going after halftime, with two punts and a fumble on their first three possessions after returning from the locker room.

Meanwhile, Florida State chipped away. Roberto Aguayo connected from 37 to get the Seminoles within three, and after Michael Badgley tacked on a field goal on for Miami, Aguayo answered again with a 53-yarder.

Trouble signs were there early for Florida State, which punted twice in the game's first three minutes. Then again, early issues are commonplace for the Seminoles, who have faced second-quarter deficits in seven of their last eight games.

By now, that's no big deal for Florida State.

Kaaya found Dorsett with a perfect 27-yard strike, Johnson got in from a yard out late in the first and Miami was soon up 16-0 for its biggest lead over Florida State since 2003.

The Hurricanes' roll stopped there.

The rest of the night was all Florida State.

"I'm real proud of the effort," Golden said. "I think there's no question that they prepared believing and knowing they were going to win. We were just a couple plays short, at the end of the day."

FSU Rallies Past Miami To Stay Unbeaten
Florida State erased a 16-0 first-half deficit to improve to 10-0 with a 30-26 win over Miami (Fla). 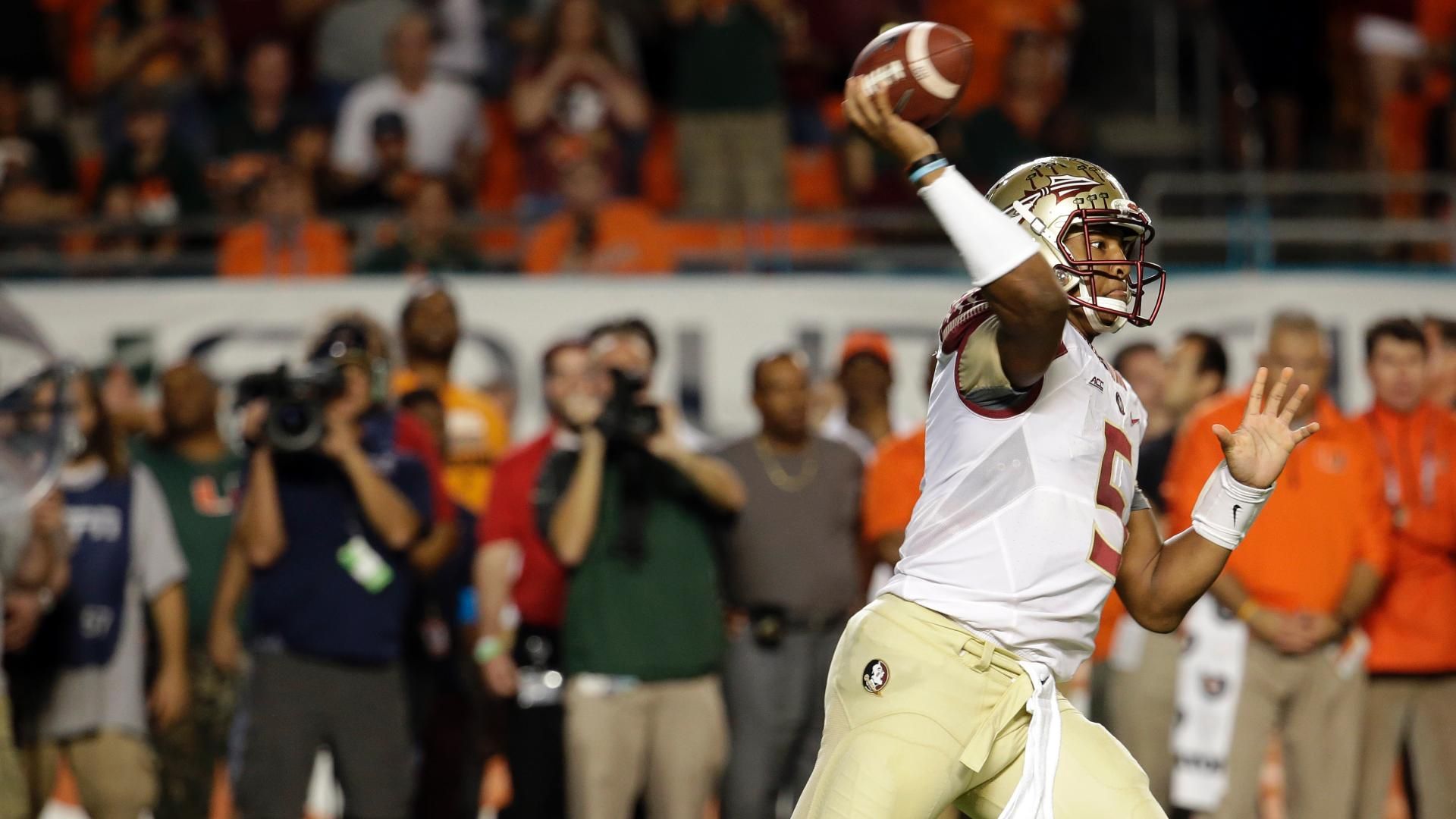 FSU Rallies Past Miami To Stay Unbeaten
Florida State erased a 16-0 first-half deficit to improve to 10-0 with a 30-26 win over Miami (Fla).