ESPN
By Dave McMenamin
BOSTON -- Deron Williams will make his debut for the Cleveland Cavaliers on Wednesday night at the TD Garden against the Boston Celtics.

"Excited," Williams said at the Cavs' morning shootaround in preparation for Celtics, their closest competition in the Eastern Conference standings. "I'm ready to get out there and play with these guys. Got a chance to get familiar with things yesterday in practice and so I'm ready to go tonight."

Williams, 32, signed with the Cavs on Monday after being waived by the Dallas Mavericks. He will become the team's primary point guard behind Kyrie Irving, a position Cleveland has struggled to fill since Matthew Dellavedova signed with the Milwaukee Bucks in the offseason.

"Deron is going to have to run the offense and get us into some of our sets and pick up things quickly, which I know he can," Cavs coach Ty Lue said. "So, just having him here just to sustain leads when we get leads and having that veteran leadership on the floor is going to be big for us."

Andrew Bogut, who agreed to join the Cavs after being waived by the Philadelphia 76ers, is expected to officially sign this weekend. Cleveland will have to waive a player to create an open roster spot to bring Bogut in. Sources tell ESPN the waived player will be either Jordan McRae or DeAndre Liggins, but the Cavs are still undecided. If the Cavs waive either player by midnight E.T. on Wednesday, he will have a chance to join another team and be playoff eligible. Both McRae and Liggins were with the team at shootaround.

"He brings a physicality, a shot-blocking presence, a guy who can pass the ball at the 5 position and that's what we needed," Lue said of Bogut.

While there was a noticeable joy at Cavs shootaround following their string of acquisitions -- not to mention that J.R. Smith was joining the team for his first road trip since fracturing the thumb on his shooting hand in December, indicating his return could be sooner than first imagined --LeBron James was reluctant to compare the current Cleveland team to the team that beat the Golden State Warriors last June.

"We don't know," James said. "We can't say that -- 2016 won a championship. For the most part we had some little nicks and bruises but we were whole for the most part last year, so, only time will tell."

Similarly, Williams wanted to wait before he ranked where the Cavs fit among all his career stops from Utah to Brooklyn to Dallas. 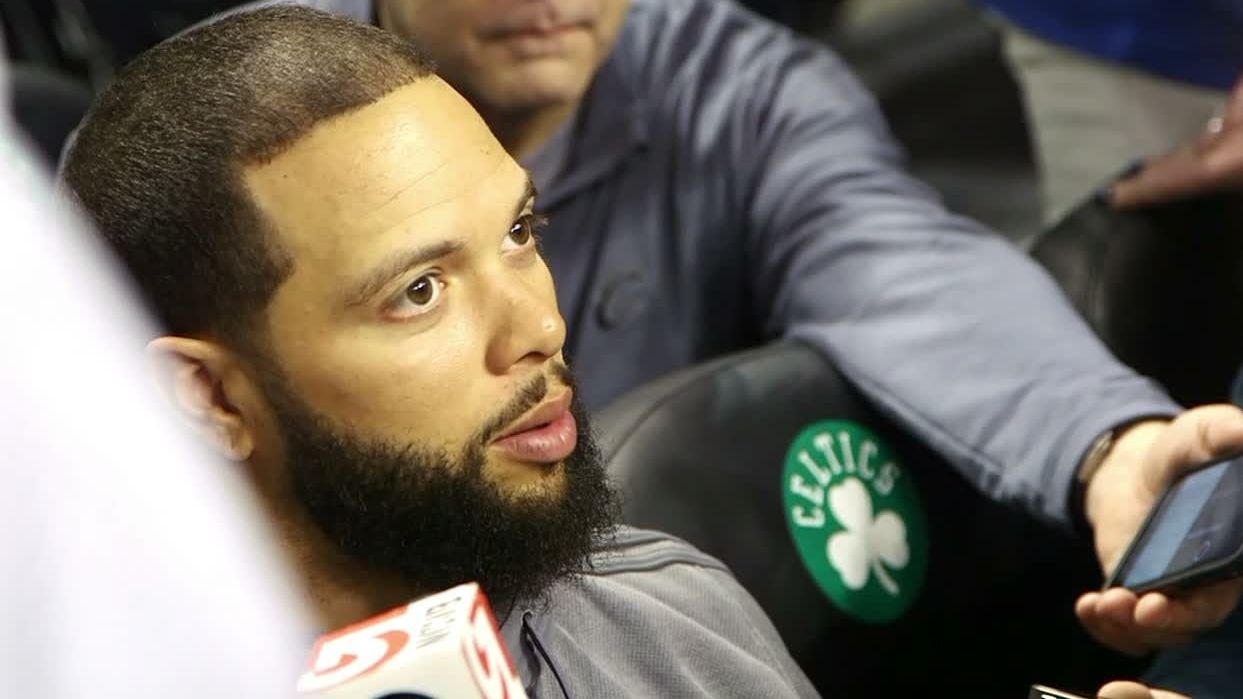