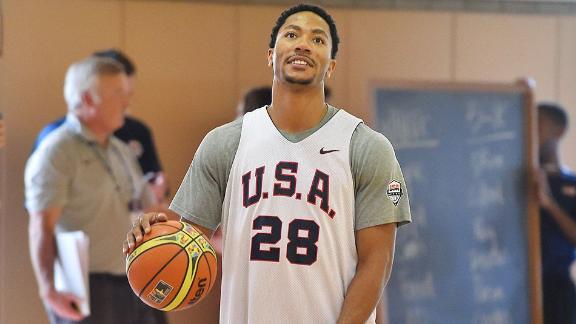 Rose, who is working his way back from surgeries on both knees, had not practiced since playing 24 minutes and scoring seven points in Team USA's 95-78 exhibition victory over Brazil on Saturday night in Chicago. It was Rose's first game action since Nov. 22, 2013. He has appeared in just 10 games over the past two seasons due to injury.

"I'm feeling good," Rose said. "I'm gonna give it a go tomorrow and see how it goes, and I'm just trying to stay positive until then."

Rose was supposed to play in Wednesday night's 105-62 exhibition victory over the Dominican Republic, but the 25-year-old was a last-minute scratch. Team USA continues to take the utmost precaution with Rose, though officials have continually downplayed any serious concerns with regard to the point guard's health.

Team USA managing director Jerry Colangelo and coach Mike Krzyzewski also felt that holding Rose out would allow them to get a look at some of the other players on the roster with final cuts imminent. Sixteen players are currently vying for 12 spots.

"I could've played, but there's no point when you can get a little bit more rest, so that's all I'm trying to do," Rose said.

Rose said it's up to the coaching staff regarding how much he rests during the FIBA World Cup. Team USA plays its five group play games in six days, spanning Aug. 30-Sept. 4.

"If I can play, I'm gonna play -- no matter when it is or how many games it is," Rose said. "If I'm healthy enough to play, I'm gonna play. I'm not worried about that. With all the training that I've done in the past, I think that I'm prepared for it. It's just that right now I'm trying to get my legs under me a little bit more, and we won by 40 yesterday, so there wasn't any need -- no disrespect to the other team."

Rose is glad he's been able to play games before he begins his NBA season with the Bulls.

"Yeah, just knocking the rust off," he said. "I haven't played in the offseason at all, so this allows me to get in a little groove. Especially being a point guard, you always gotta get used to the ball again -- especially getting used to the international balls because they're a little bit lighter and a little bit more slippery -- and really get my pace and my wind back. My wind is the last thing I need."

On Wednesday night, the Garden crowd chanted Rose's name in the second, third and fourth quarters, but they weren't able to see him play.

"I love playing here. The atmosphere is great," Rose said. "People here really know basketball and enjoy watching good basketball, so to hear my name chanted in the Garden means a lot." 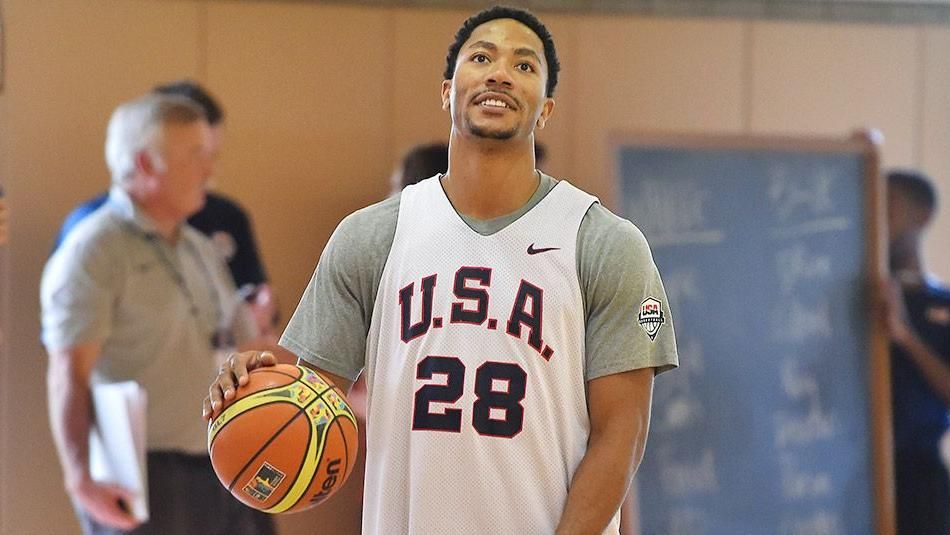