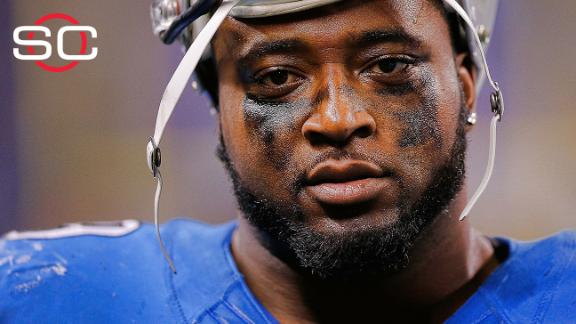 Mosley, who visited with the Dolphins at the team's facility earlier this week, will reunite in Miami with friend and fellow defensive tackleNdamukong Suh, who played two seasons with Mosley on the Detroit Lions.

Mosley played next to Suh in 15 games last season, including eight starts, and helped Detroit lead the NFL in run defense. Mosley recorded 26 tackles and 2.5 sacks in 2014.

According to ESPN Stats & Information, when Mosley and Suh were on the field together over the past two seasons, the Lions pressured opposing quarterbacks on 29 percent of dropbacks, including 18 sacks on 290 dropbacks (6.2 percent). When Mosley was on the field without Suh, that dropped to just a 20 percent pressure rate and just one sack in 163 dropbacks (0.6 percent).

The Dolphins were ranked No. 24 in run defense last season and have added veteran depth on the defensive line behind current starters Suh and Earl Mitchell. Mosley also has a connection with Dolphins first-year vice president Mike Tannenbaum, who signed Mosley to the New York Jets when Tannenbaum was general manager in 2006.

Miami made a lot of changes to its defensive line this offseason. In addition to signing Suh and Mosley in free agency, the Dolphins also drafted nose tackle Jordan Phillips in the second round in May.