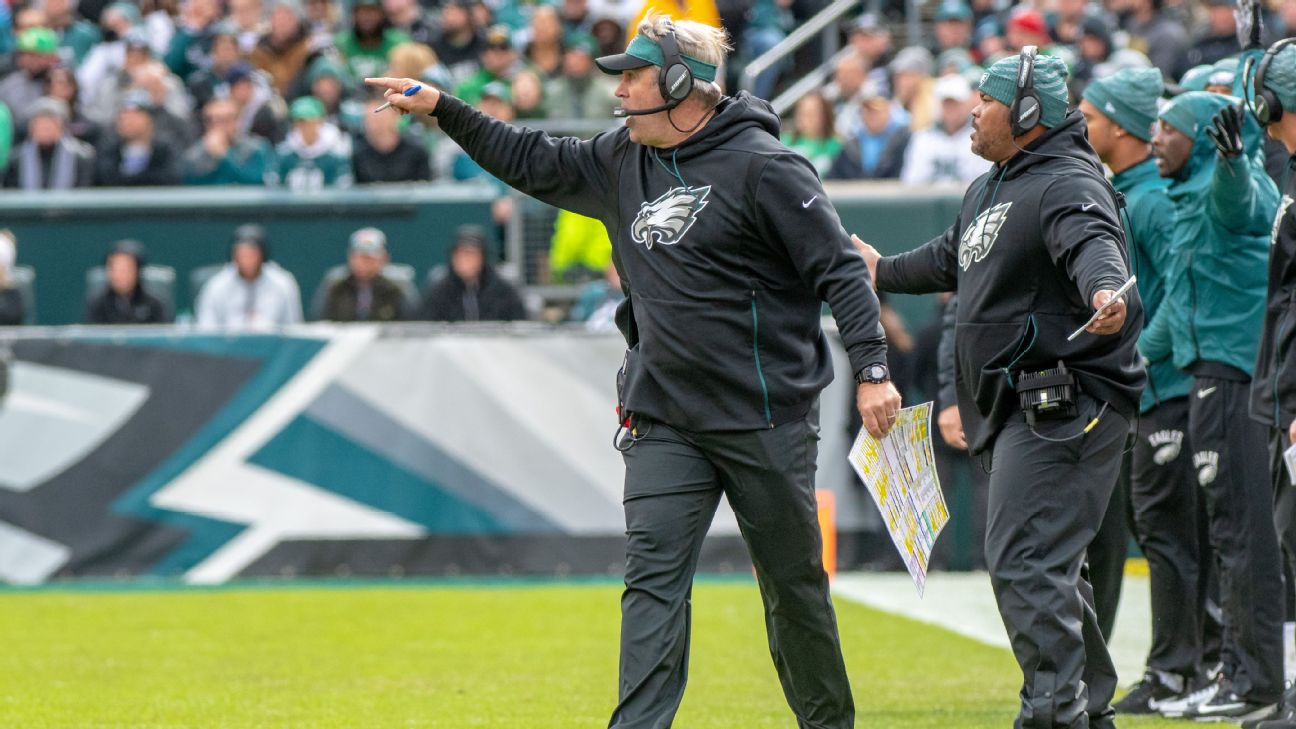 ESPN
By Tim McManus
PHILADELPHIA -- Eagles coach Doug Pederson pushed back on questions about his decision-making during a fourth-quarter meltdown against the Carolina Panthers Sunday, while expressing confidence that his team has what it takes to turn the season around.

Pederson called it "crazy" that he was being asked about whether he should have dialed up more running plays in the fourth quarter after going up 17-0, or if the defense should have blitzed more to try to halt a Carolina offense that caught fire down the stretch.

"Now you're getting into game plan stuff, you're getting into scheme, and you guys aren't in there watching the tape like we are for 18 hours a day and putting the game plans together," he said. "It's easy to sit in a press box and say, 'Hey, they should run the ball.' Come down and stand on the sidelines with me and make decisions. ... Until you're down there with me on the sideline making in-game decisions, then, I guess you can ask all you want."

The Eagles went up 17-0 late in the third quarter before watching their lead evaporate. They ran the ball once compared to 13 pass plays in the fourth quarter, which resulted in an eight-yard gain by Wendell Smallwood. The ground game was otherwise largely ineffective Sunday, gaining 58 yards on 24 carries (2.4 average). Philly has been short-handed in the backfield for much of the season with injuries sidelining Jay Ajayi (back, ACL) and Darren Sproles (hamstring), leaving Smallwood and Corey Clement to shoulder much of the load.

The Eagles have struggled to close out games this season. They also coughed up a 17-3 lead to the Tennessee Titans in Week 4.

Sunday marked the 155th time in franchise history that the Eagles entered the fourth quarter with a 17-point lead. It was just the third time that they ended up losing in such a situation.

The Super Bowl champs are 3-4 entering Sunday's London game against the Jacksonville Jaguars. Despite the struggles over the first portion of the season, Pederson remains optimistic about his group. "Listen, I've got so much confidence in this football team, you don't understand. We're losing games by just a couple of plays," he said.

"I've got so much confidence in this football team and this coaching staff that we're going to get this fixed." 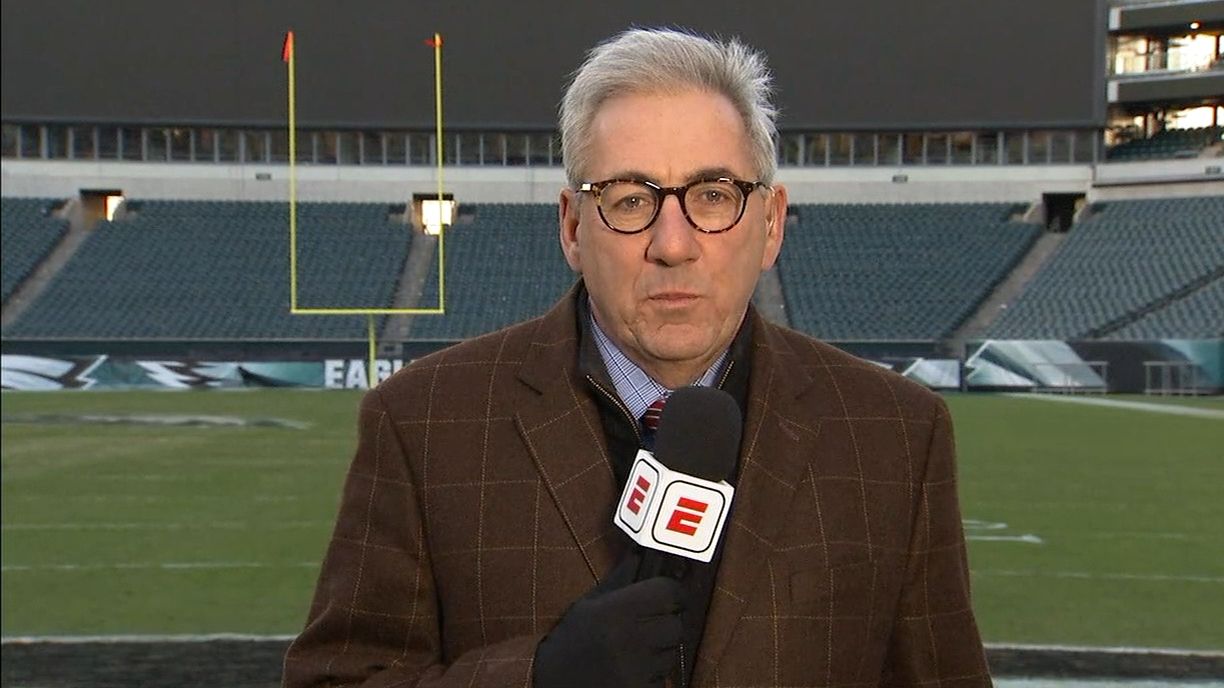