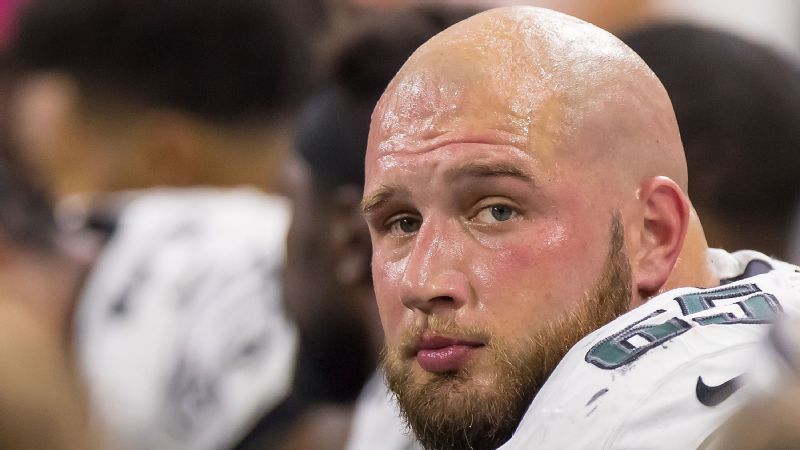 PHILADELPHIA -- It all started late last week, when offensive tackle Lane Johnson and defensive end Chris Long concocted a plan to have dog masks ready for when the underdog Philadelphia Eagles upset the Atlanta Falcons on Saturday night. The Eagles won and the dog craze took off, coming a long way in less than a week.

Johnson had T-shirts made that read "Home Dogs Gonna Eat," with pictures of him and Long on the front. There were more than 3,000 sold and around $55,000 raised for Philadelphia schools as of Tuesday night.

All proceeds from the shirts are earmarked for the Fund for the School District of Philadelphia, according to Johnson.

"We figured it would be a good way to raise some money for the schools," Johnson said Wednesday. "The mask took off. Didn't expect it to turn out the way it is."

The Eagles (13-3) are the top seed in the NFC playoffs. But they will be underdogs again when they play host to the Minnesota Vikings on Sunday in the NFC Championship Game. The Lincoln Financial Field stands are expected to be filled with the German shepherd dog masks that Long and Johnson wore on the field and in the locker room after Saturday's 15-10 victory over the Falcons.

The Eagles have already told fans the masks will be permitted in the stadium on Sunday. Johnson warns, however, that it may not be the best idea to wear them for the entire game.

"I just want people to know it's kind of hard to see out of those masks," Johnson said. "So if they put it on, they can't really watch the game. Just warning you. But it's cool. Awesome."

It's hardly a surprise to see this kind of phenomenon from this Eagles team. Their locker room is filled with unique characters. It's nothing that coach Doug Pederson feels the need to stifle.

"Doug does an amazing job letting out personalities show," tight end Zach Ertz said. "He never kind of reels guys in to shelter them, by any means. He wants us to go out there and have fun and kind of leave it all out there.

"Lane and Chris devised it last Thursday night that they were going to have these dog masks out there, and then Lane got the shirt after the game and that thing has made a ton of money for Philadelphia schools, which is an amazing thing that is going on right now."