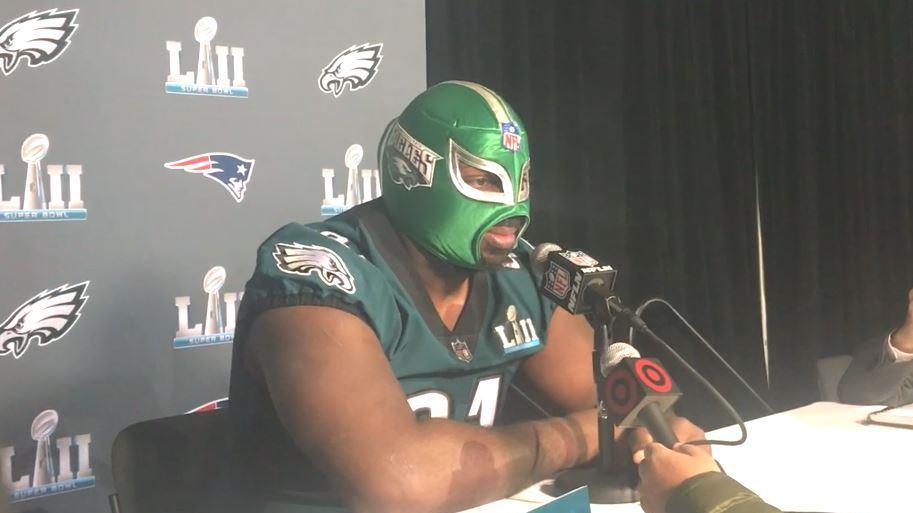 BLOOMINGTON, Minn. -- Winning a massive, diamond-encrusted championship ring would be the ideal way for Fletcher Cox to commemorate his time in Minneapolis for Super Bowl LII. A close second might be the wrestling mask he received during media availability at the Mall of America on Wednesday.

Shortly after the Philadelphia Eagles defensive tackle sat down at his seat, a reporter from Mexico bestowed Cox with a Lucha Libre mask, a skin-tight faade that covers the entire head, only revealing the eyes and mouth. The masks were popularized by wrestlers south of the border and made their way into U.S. popular culture with the 2006 movie "Nacho Libre," starring Jack Black.

Cox, who detailed how to make Ramen noodles on Super Bowl opening night, has proved to be fair game to play along this week, no matter how strange the request. After questioning out loud whether the mask would fit, the 6-foot-4, 298-pound tackle took a photo for the reporter who gave it to him while proclaiming how much extra power he suddenly had.

He chose to keep the mask on for the duration of the interview session -- roughly an hour, during which he fielded further questions about his masquerade and the Eagles defense. Cox told one reporter the mask had him itching, but not in the way you might think.

"No, that means the power's about to kick in," he said. "You haven't watched 'Nutty Professor'? I got the juice."

As far as what he'll do with his unique gift, Cox said he planned to wear it to practice. Beyond that, who knows? 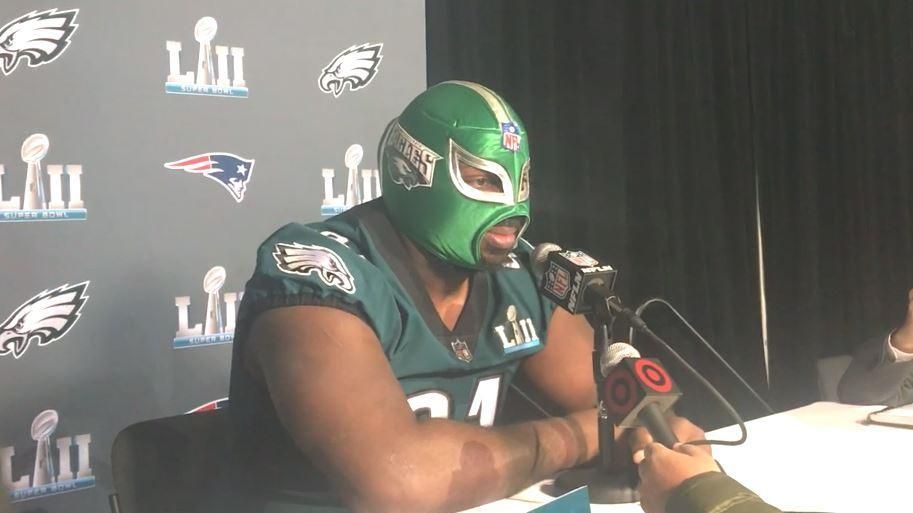