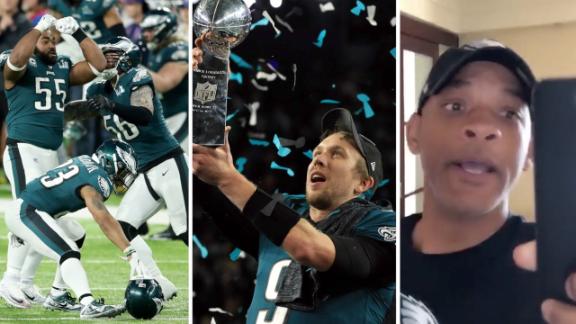 PHILADELPHIA -- Thousands of fans flocked to the streets of Philadelphia on Sunday night to celebrate the Eagles' first Super Bowl title in franchise history. It was a party for the ages for a city starved for a football championship.

Fans flocked to Broad Street in Center City immediately after the final play until the area was jam packed for almost half a mile.

There was one car turned on its side on Walnut Street in the center of the action. There were also some bottles thrown in the area and one police officer said a fan was arrested for climbing a street pole without clothes.

There was an especially large presence of police in Center City keeping things in order. They were on foot, horseback and bicycles, and began to clear the celebration around 1:30 a.m.

As of Monday morning, the Macy's and A.C. Moore store display windows were shattered; potted plants were on their side; the Ritz-Carlton's awning collapsed under pressure as fans stood on top; and a light post was taken down.

There were no updates on the number of arrests as of Monday morning.

The police prepared for the celebration earlier in the day by placing hydraulic fluid on the poles and signs to prevent fans from climbing. It was relatively effective, although some did manage to make it up before police arrived.

Eagles bring emotional SB to city of Philly
Experience what Eagles fans went through down the stretch in Philly's first Super Bowl victory. 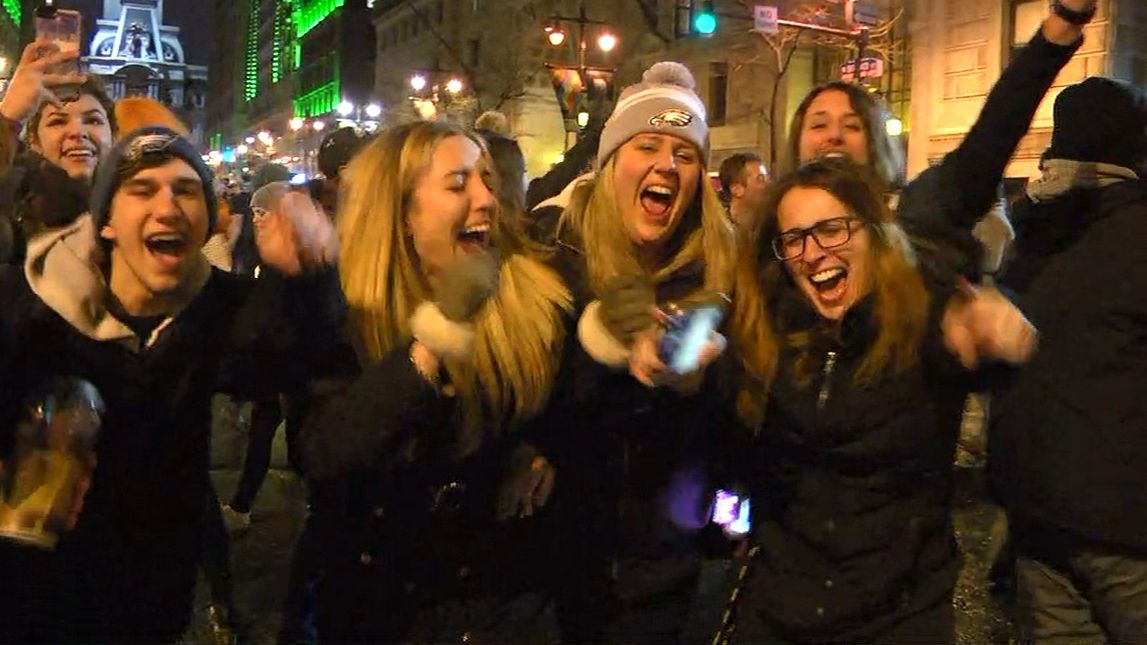