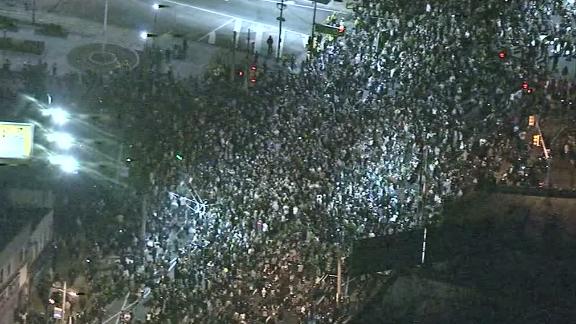 PHILADELPHIA -- Philadelphia Eagles fans have taken to the streets to celebrate following their team's 38-7 win over the Minnesota Vikings in the NFC Championship Game.

The Eagles will be playing in their first Super Bowl since they lost to this year's AFC champions, the New England Patriots, in 2005.

After the game, huge crowds gathered in neighborhoods around the city cheering and chanting.

Earlier in the day, workers in Philadelphia who jokingly called themselves the "Crisco Cops" greased light poles to try to prevent fans from climbing up them after the game.

During the fourth quarter, Philadelphia police posted an image of Crisco on Twitter. While urging fans to celebrate responsibly, they wrote, "Now comes the time in the night where we must warn everyone about the dangers of Saturated Fats." 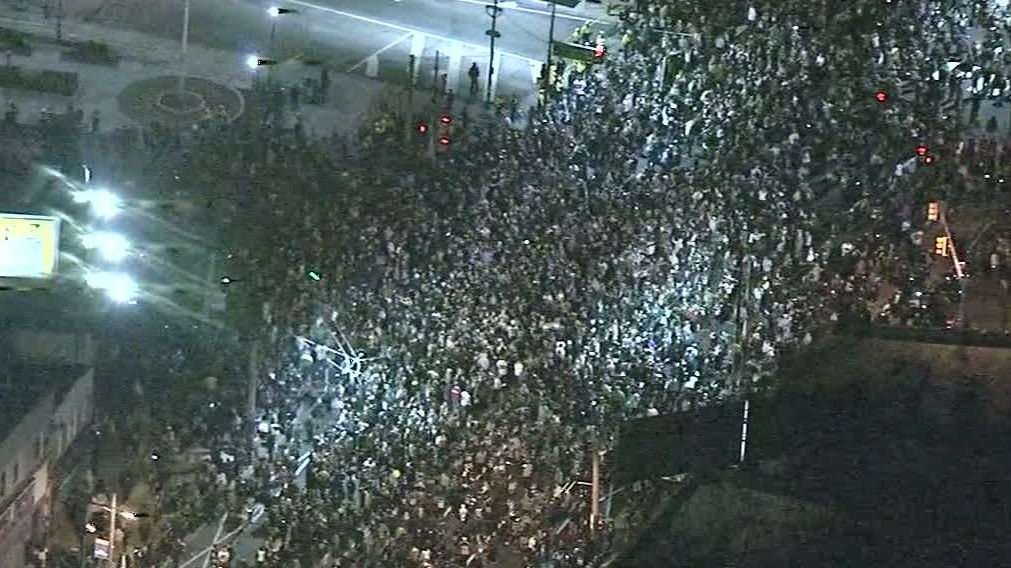