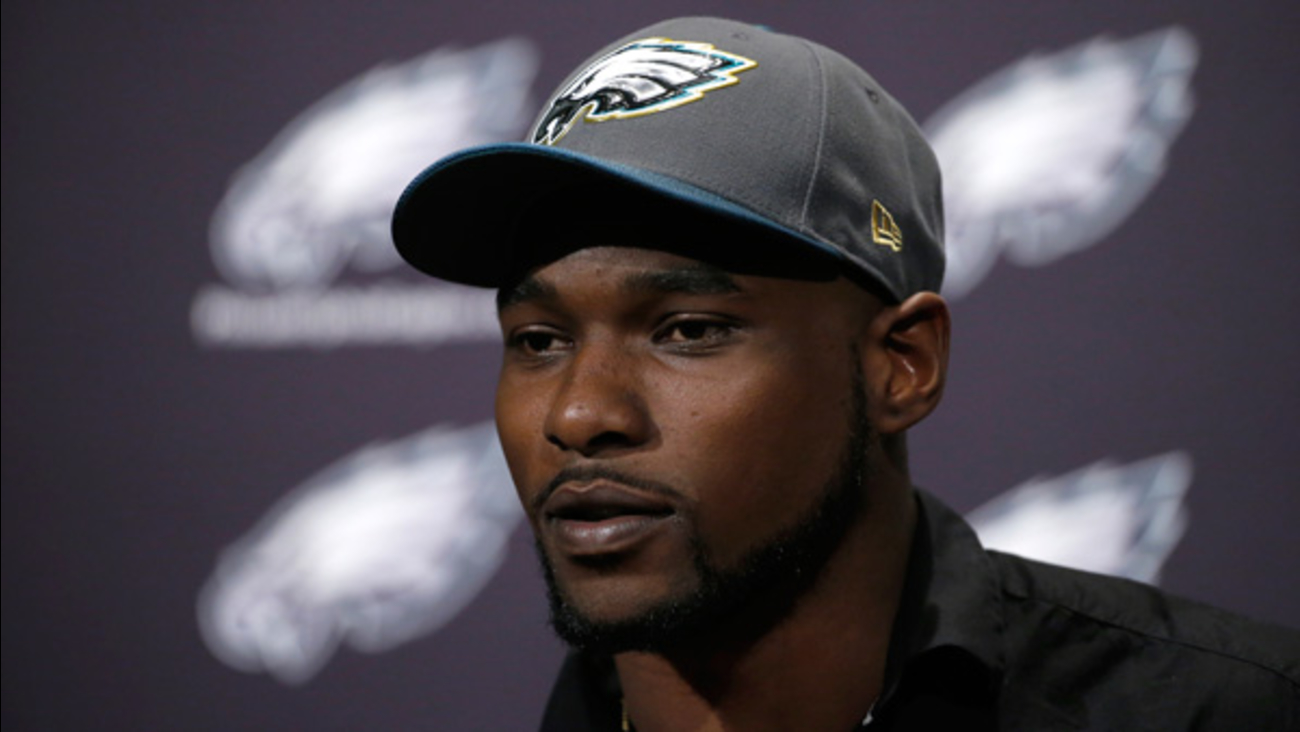 PHILADELPHIA (WPVI) -- Philadelphia Eagles linebacker Nigel Bradham was arrested in Miami on Monday, two days before he was due to report for training camp.

Bradham turned himself in to Miami police after an incident last Thursday at the Hilton Bentley Miami/South Beach. According to the police report, Bradham was in a group of customers at the hotel. Bradham verbally complained to a hotel worker about the speed of service.

The incident "escalated," according to the police report, "when the defendant, without provocation, struck the victim in the nose with a closed fist, causing the victim to fall to the ground."

The victim, who suffered a broken nose, contusions and a cut lip, identified Bradham from photographs shown by police the next day. According to the police report, Bradham was charged with aggravated assault, a second-degree felony.

The coach said he spoke to Bradham Tuesday night.

"I did have a great conversation with [Bradham] last night. I laid out my expectations for him. Again, those are private conversations. I'm not going to get into a bunch of detail on that. But he's obviously humbled by it, and he understands the situation and the magnitude. But until we get further details from the authorities, I can't speculate any further." Pederson said.

Pederson said Bradham is reporting to the team Wednesday and will practice Thursday.

As it pertains to managing off-field issues, Pederson says he deals with them case by case, and until they can get all the information on the occurrences, he and the team will continue to play football.

"We are aware of the recent incident involving Nigel Bradham in Miami. We have been in contact with Nigel and the proper authorities. Due to the ongoing legal process, the Eagles will have no further comment at this time."

Bradham, 26, is a 6-foot-2, 241-pound linebacker who signed a two-year, $7 million contract with the Eagles in March. Bradham previously played with the Buffalo Bills, for new Eagles defensive coordinator Jim Schwartz.

Bradham was expected to be a starting outside linebacker for the Eagles this season.

A Florida native, Bradham played college football at Florida State. He was drafted by the Bills in the fourth round in 2012.

Bradham's arrest is the second run-in with the law for an Eagles player since the end of their June minicamp. On the last day of June practice, wide receiver Nelson Agholor was accused of sexual assault by a dancer at a Philadelphia strip club.

After investigations by police and the Philadelphia district attorney's office, Agholor was not charged with a crime.

Agholor and Bradham are both expected to report for training camp Wednesday. The veterans' first practice is scheduled for Thursday afternoon.