Eagles ready to take on Vikings for NFC Championship

WPVI
PHILADELPHIA (WPVI) -- One team has a suffocating defense. The other has the NFL's No. 1 unit.

Defense should win at least the NFC championship.

Two of the league's elite defenses go at it Sunday when the Philadelphia Eagles (14-3) host the Minnesota Vikings (14-3) in the conference title game.

Standing room only at Chickies and Petes prior to game: Trish Hartman reports on Action News at 5 p.m., January 21, 2018

May the best defense reach the Super Bowl.

"Typically, when you're good defensively, you're going to stay in the ballgames," Vikings coach Mike Zimmer said. "Then you have a chance to win them at the end."

Police and Eagles' fans want a safe city this weekend. Dann Cuellar reports during Action News at 11 p.m. on January 19, 2018.

"It's just a smothering defense," Eagles coach Doug Pederson said. "(Griffen) is a game wrecker. They just mix it in. You don't know necessarily what's coming. Rhodes is a tremendous corner, safeties are playing extremely well."

Hearing about Minnesota's defense all week is extra motivation for Philadelphia, which is a home underdog for the second straight game.

"When you've got the No. 1 defense coming in statistically, obviously, it fires us up," Cox said. "We know going into this game that whoever's defense plays better is going to win the game. The way we're prepared, we won't change nothing that we do. We'll just go out and be ourselves."

Here are things to watch for in the NFC championship game:

BATTLE OF THE BACKUPS: Case Keenum and Nick Foles were teammates in St. Louis in 2015 and began this season as backups. Keenum had a breakout season for the Vikings after Sam Bradford was injured. Foles is 3-1 since MVP candidate Carson Wentz tore his ACL. Expect defenses to focus on the running backs and challenge the quarterbacks.

OWNING MINNESOTA: Eagles receiver Alshon Jeffery has more catches (45), yards (685), and touchdowns (7) against the Vikings than he has against any other team. But Jeffery, who spent his first five seasons with the Bears, did most of his damage against other cornerbacks while also being the featured guy in Chicago's offense. The Eagles spread the ball around, so Jeffery had only 789 yards receiving, but his nine TDs were the second most in his career. Jeffery, by the way, turned down more money in free agency from Minnesota to join the Eagles on a one-year deal. Philadelphia gave him a four-year, $52 million extension during the season.

BROTHERLY LOVE: The Kendricks family from Northern California is guaranteed to have a son playing linebacker in the Super Bowl. Eric Kendricks is in his third season with the Vikings, and Mychal is in his sixth year with the Eagles.

Eric had his best season with 136 tackles to lead the team for the third straight time, nine passes defended and one interception return for a touchdown. Mychal was fifth on the Eagles with 72 tackles in 2017, adding two sacks.

Both were second-round draft picks, Eric out of UCLA with the 45th overall selection in 2015 and Mychal from Cal with the 46th overall pick in 2012. Their father, Marvin, was UCLA's leading rusher in 1970 and 1971 and went on to play in the CFL.

With both teams at the top of the NFC and both defenses at the top of the league all season, the two siblings have traded their share of friendly trash talk along the way. Family members have been known to wear split jerseys to support both players.

"I always make jokes: I feel like my brother gets a little bit of the advantage as far as who the family roots for, because he's the first born," Eric said. "It's all love, though."

FIND THEIR FOOTING: The Eagles laid fresh sod between the hash marks this week to help improve the conditions at Lincoln Financial Field. The weather should help, with a dry forecast and expected temperatures in the 40s, but the Vikings have been preparing for the worst.

Zimmer had a video put together of Falcons players sliding and slipping on the field last weekend. Players have been encouraged to try seven-stud cleats in pregame

NOT YET: The Vikings are 0-3 against the Eagles in the postseason. Philadelphia won a wild-card game in Minnesota after the 2008 season and home games in the divisional rounds on the way to Super Bowl appearances following the 1980 and 2004 seasons. Minnesota has not been to the Super Bowl since 1977 and is 0-4 in them. 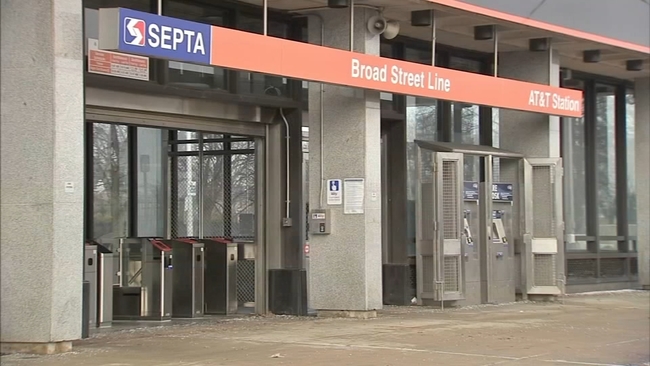