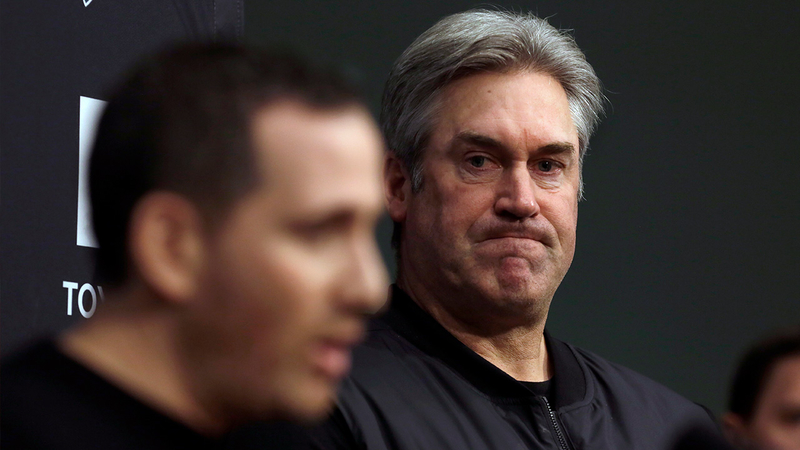 SOUTH PHILADELPHIA (WPVI) -- Last week all the Eagles talk was centered around tanking, but never once about the prospect that Doug Pederson would not be the Eagles head coach.

My how things turned. Pederson, the only coach to bring a Lombardi Trophy to Philadelphia and mind you the only one with a statue sitting outside the Linc, is gone, after a conversation with owner Jeffrey Lurie didn't go well.

The organization has been leaking all sorts of information to make Pederson look bad. But this business is a nasty one.

Why let him go? Lurie pointed to a difference in vision for the future.

And Howie Roseman is somehow, someway, the last man standing.

Lurie said some controversial things in his 41-minute press conference, often contradicting himself, and more often glowing about the job Howie Roseman has done as GM, even at times giving him credit for things he wasn't responsible for and defending his very shaky draft record.

Why? One thought - is that maybe Lurie is actually making more of these calls, and responsible for more of these mistakes, than we think.

So now the question is, who will they bring in next, and can they lure in the guy they want?

It's not exactly the most attractive job given the shaky situation at quarterback and the massive salary cap issues.