Eagles release Ryan Mathews after he is medically cleared 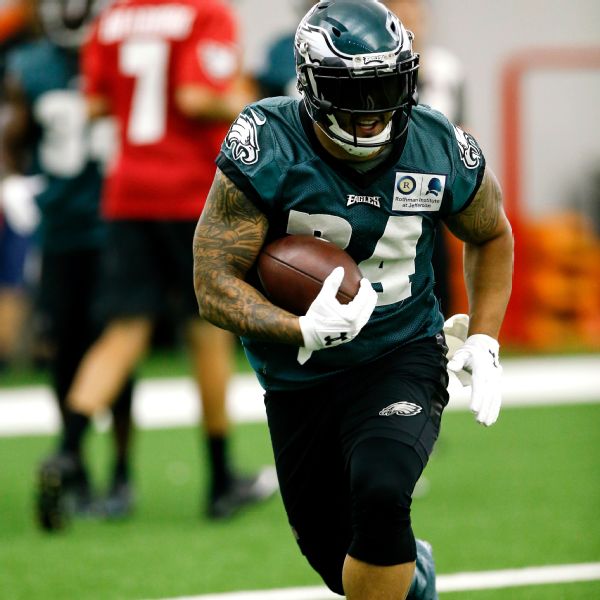 The Philadelphia Eagles released running back Ryan Mathews after he was medically cleared to practice on Tuesday.

Mathews suffered a herniated disk in his neck last season during a Week 16 game against the New York Giants.

"We want to thank Ryan for his contributions to the Philadelphia Eagles over the past two seasons," the team said in a statement. "We spoke today and had a productive conversation about his future and the direction of our team going forward.

"First and foremost, we are glad that Ryan is healthy and has been cleared to return to football activities but given the current state of our running back position, we feel like it is best for both sides to go in a different direction. We wish him all the best as he continues his career."

The long-expected move gives the team $4 million in cap relief.

The Eagles signed LeGarrette Blount to a one-year, $1.25 million deal this offseason to serve as the lead back. Blount established career highs in carries (299), rushing yards (1,161) and rushing touchdowns (18) in 2016 for the Super Bowl champion New England Patriots. He will share the load in Philly with a group that is expected to include 34-year-old Darren Sproles, second-year back Wendell Smallwood and rookie Donnel Pumphrey.

Mathews, a seven-year veteran, had an up-and-down 2016 season due in part to injury, finishing with 661 rushing yards and eight touchdowns. He also had 13 receptions for 115 yards and a touchdown.

He was entering the final season of a three-year contract he signed with the Eagles in 2015.

Mathews, 29, spent the first five seasons of his career with the Chargers, who drafted him 12th overall in 2010.

Fumbling has been a problem for Mathews. Since entering the league, he has lost 12 fumbles on running plays. OnlyFrank Gore(14) has lost more, but Mathews has 613 fewer rushes in that span, according to ESPN Stats & Information.