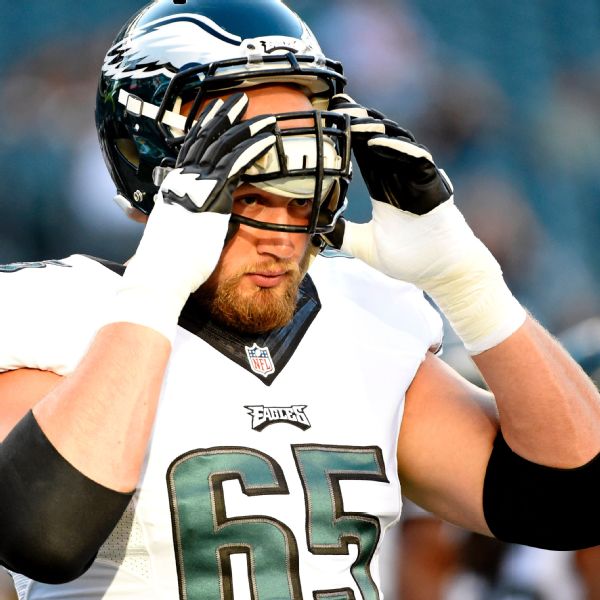 The Philadelphia Eagles will be without right tackle Lane Johnson on Thursday night, but star defensive tackle Fletcher Cox might be nearing a return to the lineup.

Eagles coach Doug Pederson had acknowledged earlier in the week that it would be "tough" for Johnson to clear the concussion protocol in time to play Thursday after suffering a head injury in Sunday's victory over the Arizona Cardinals. On Wednesday, Pederson said Johnson will not make the trip to Carolina.

"[Vaitai has] played in games and he's played in big-time games for us last year and even last week, so that gives your quarterback a lot of confidence going in," Pederson told reporters, according to the team's website. "He's getting better and he's played and he's playing with a little confidence right now, too, which also helps him."

Pederson said Cox will travel to Carolina and will warm up before the game. He officially is listed as questionable but was listed as a full practice participant on Tuesday and Wednesday.

Cox has missed the Eagles' past two games with a calf injury.