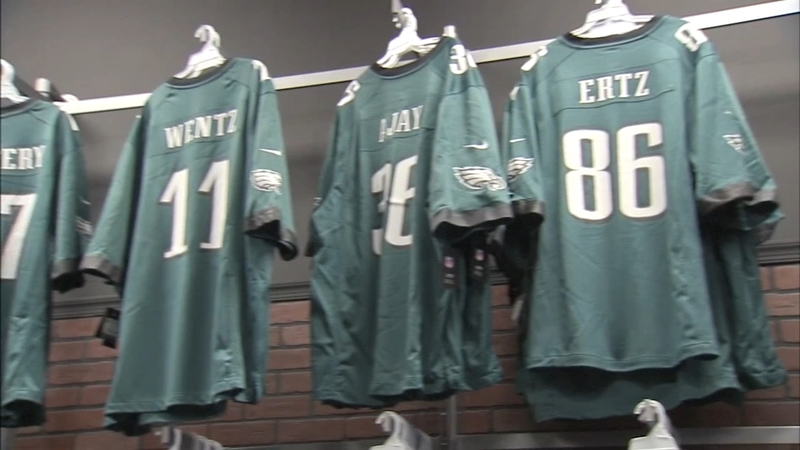 PHILADELPHIA (WPVI) -- It's been more than a week since the Eagles won the Super Bowl, but the excitement continues throughout the Philly area.

And that means the city will continue to do big business!

Fans were still buying up souvenir gear at the team store on Chestnut Street. They've had to restock since last week and they still cannot get new Nick Foles jerseys.

Last week, they say, was like a gold rush.

"I would guess three times more than a normal week. We've been trying to get in as much inventory as possible to keep the excitement going. A lot of other stores have been sold out," said the asst. manager, Gabriella Block.

Some lifelong Eagles fans keep returning to buy more and more, even though they've got plenty already.

Those who study tourism and commerce says the Eagles one month run-up to the Super Bowl win and celebration was a big winner for the hospitality industry, to the tune of millions over the same period last year.

"The two playoff weekends, as well as the Super Bowl, equated to a 15% increase in hotel occupancy over the same period last year. And on that Sunday alone, for the Super Bowl, occupancy is going to be 61% versus 34% last year," said Julie Coker of the Convention and Visitor's Bureau.