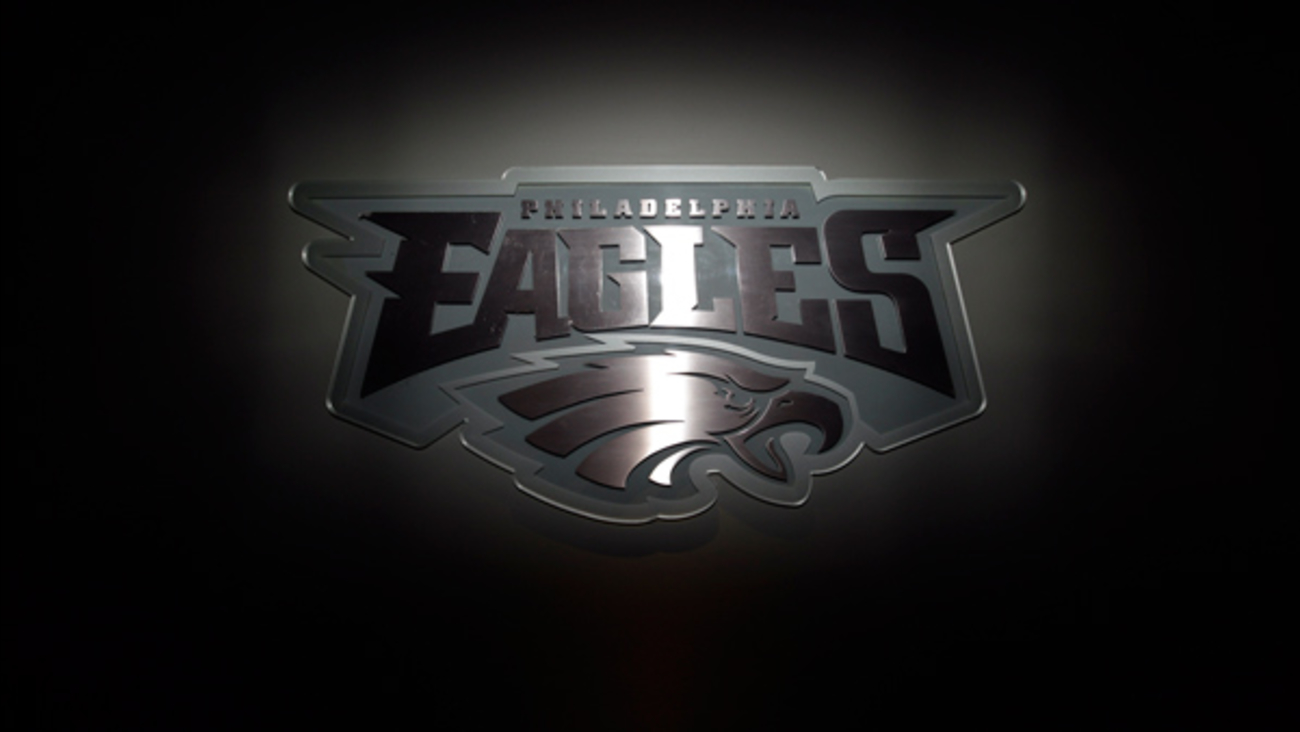 The Philadelphia Eagles' logo is shown at the team's practice facility in Philadelphia. (AP Photo/Matt Slocum)

ARLINGTON, Texas -- DeMarco Murray had 913 yards seven games into last season and still hadn't been held under 100 on his way to the NFL rushing title.

Philadelphia's big-money free agent has barely a third of that going into the All-Pro running back's first visit to his former home, facing the Dallas Cowboys on Sunday night after breaking Emmitt Smith's franchise record with 1,845 yards rushing in 2014.

Murray's quarterback would caution his old fans against drawing any conclusions over the startling move to an NFC East rival just yet.

"I think it's hard to compare different situations," Sam Bradford said. "He was in a different offense last year, so you're kind of comparing apples to oranges."

"I feel like sometimes our culture and society, they want to see results right now," he said. "But it takes time. He's still learning how to play and how to run in this offense. I think as soon as he gets it figured out, I think you're going to see the same player that you guys saw last year."

The Cowboys (2-5) just hope it's not this week. They're trying to break a five-game losing streak without Tony Romo, who will miss at least two more games with a broken left collarbone.

Fortunately for Dallas, there isn't a winning record in the division going into Week 9. If the Cowboys beat the Eagles (3-4), it's possible that all four teams will have five losses with essentially half the season remaining.

"As bad as it has been, and as unfortunate as it has been to lose those five games, we have been competitive," Cassel said. "We have to go out there and focus on this one week, and the one task at hand is beating Philly, and it puts us right back in the race."

Eagles offensive coordinator Pat Shurmur hinted that Murray, who missed a game with a hamstring issue, is the healthiest he's been this season. Combine that with the motivation to show his old team how he might have helped ease the loss of Romo, and maybe he's ready to breeze past his season high of 112 yards.

Surely Murray, who has 307 yards for the season, can at least surpass the 2 yards on 13 carries he had in his first game against the Cowboys, a 20-10 Dallas win in Week 2.

"We anticipate that he'll make better runs than he did early," Shurmur said.

Things to consider with the Cowboys going for their second sweep of the Eagles in the past four seasons:

ALL IN WITH MCFADDEN: The release of running back Joseph Randle this week means the Cowboys are the closest they've been to using Darren McFadden the way they did Murray, who had the most carries in the NFL in eight years with 392 last season. McFadden is coming off consecutive games with at least 20 carries for the first time since the first two games of 2011 with Oakland. "He's certainly given us every indication over the last several weeks that he can handle the load," coach Jason Garrett said.

UP AND RUNNING: The Eagles had just 7 yards on 17 carries as a team in the first Dallas meeting. "We handled movement really poorly," center Jason Kelce said. But Murray has 260 yards in past three games, and Ryan Mathews has 210. "I just think we're more coordinated, which comes with guys playing together a longer stretch of time," Shurmur said.

DEFENDING DEZ: Bryant missed the first Philadelphia game after breaking his foot in the opener against the Giants. The Eagles worry about the pairing with tight end Jason Witten, and Bryant had a career-high three touchdowns the last time he faced them in 2014. "Now you have two real weapons," Eagles coach Chip Kelly said. "Most of the time, they're on opposite sides of the field, so it makes it difficult to double both of those guys."

DUAL THREAT? Cassel had a career-long run of 24 yards against Seattle, and finished with 43 yards rushing. Kelly even made a point of suggesting the Cassel is a threat as a runner, which led to Cassel being asked if the Cowboys were installing designed runs for him this week. "That's exactly what we are doing," Cassel said, trying to keep a straight face. "Zone read. I think the only designed run is a QB sneak for us."