WPVI
The Philadelphia Eagles are tied for first place in the NFC East after a wild finish to ESPN's Monday Night Football.

After combining to score 18 points in the first 58 1/2 minutes, the teams had 17 in the last 90 seconds. Dallas scored the game's first touchdown to lead 16-9 after recovering DeSean Jackson's fumble on a punt return, Washington tied it on Jackson's 28-yard TD catch, before Bailey hit the go-ahead kick.

Dez Bryant's sideline pouting aside, the Cowboys remained in the hunt in the woeful NFC East.

Crazy Turn of Events for #Eagles to be in 1st Place: #Eagles Beat #Patriots + #Giants Lose to #Jets + #Redskins Lose to #Cowboys

The Birds are in first thanks to the Cowboys' win, an Eagles victory over New England, and a Giants loss to the Jets.

Last-place Dallas is 4-8, one game behind the Redskins, Giants and Eagles, who are all 5-7. 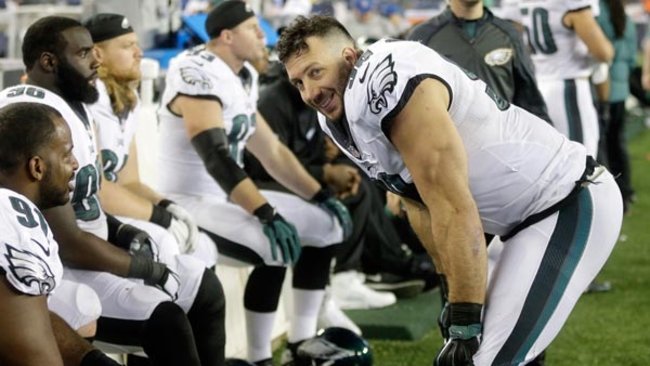 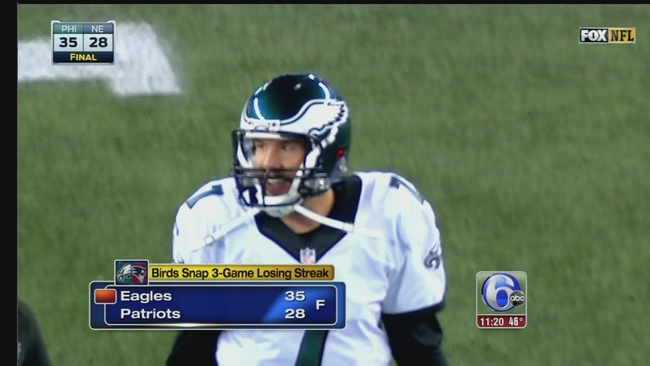