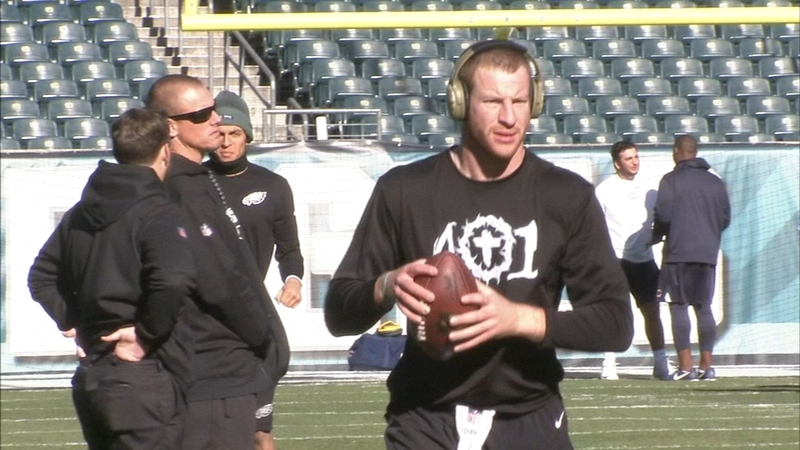 PHILADELPHIA (WPVI) -- Could the Philadelphia Eagles walk into a Bear trap?

Technically, the birds (9-1) are currently the best team in football, and they have home field advantage against the Chicago Bears Sunday - AND the Bears (3-7) have one of the worst records in the league.

All of which is why, observers say, it is very important the Eagles don't make any assumptions or get too cocky.

A matchup like this is often called a trap game -- contests in which a good team sometimes overlooks a bad team, and ends up losing.

The game gets underway at 1 p.m. Sunday at Lincoln Financial Field.

"I never said a team, though," Jeffery explained with a smile.

His bold prediction still could come true because the standout receiver left the Bears to join the Eagles on a one-year contract in free agency.

Eagles are #1 in the NFL in scoring
differential!

🏈 Eagles +132 difference is their BEST differential since the #Eagles 1980 Super Bowl Season
(Thru 10 GMs) #FlyEagelsFly pic.twitter.com/mxlOrcpdpt

"Winning championships is most important to me," Jeffery said. "A lot of players make a lot of money, but some of them never make the playoffs."

Jeffery had two excellent seasons and went to one Pro Bowl during five years in Chicago. But he never played a meaningful game in January.

The Eagles have a big lead in the NFC East with six games left so Jeffery should get his first taste of the playoffs, barring injury or a monumental collapse. 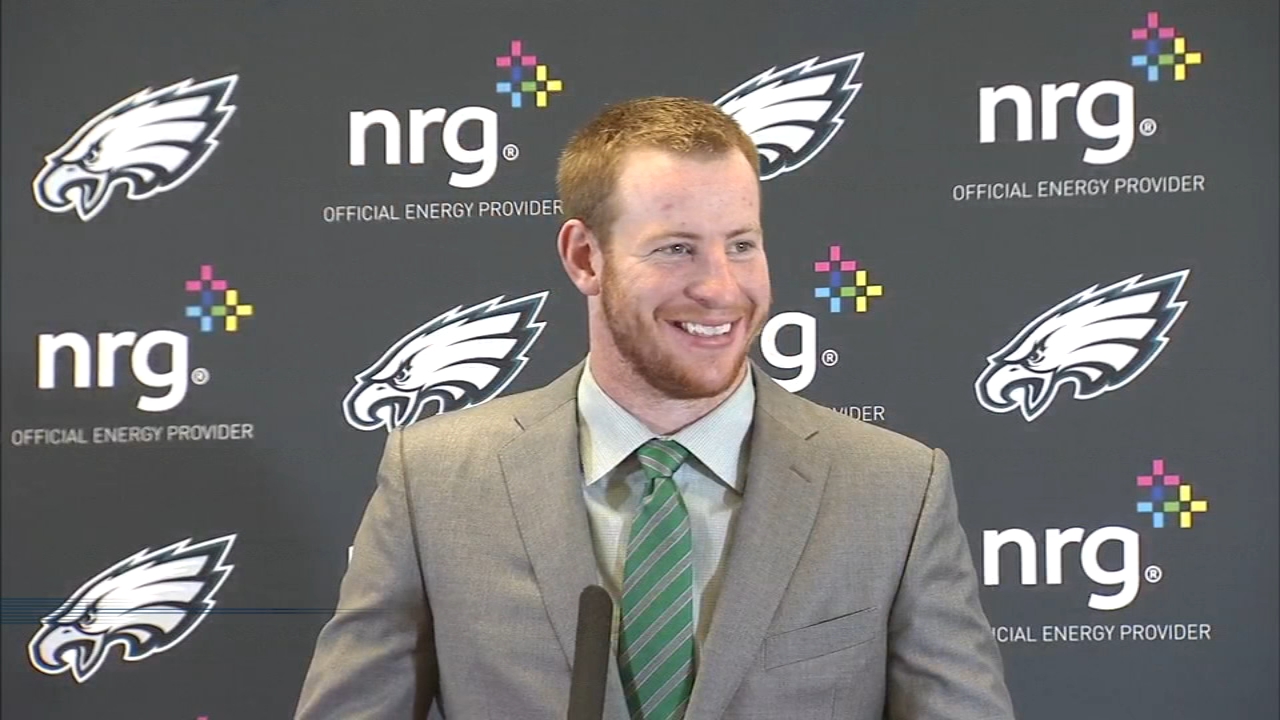 VIDEO: Eagles players, fans reaact to win in Dallas
Carson Wentz threw for two touchdowns and three 2-point conversions after Philadelphia lost kicker Jake Elliott to a head injury, and the Eagles all but wrapped up the NFC East with a 37-9 victory over the Dallas Cowboys.

When he arrived in Philadelphia in March, Jeffery said he believed quarterback Carson Wentz had MVP potential. Wentz leads the NFL with 25 touchdown passes and is the front-runner for the award.

"He's a great leader on and off the field," Jeffery said.

Jeffery isn't much of a trash-talker so he downplayed facing his former team for the first time.

"Obviously, I still have friends over there," he said. "I've just been focused on what we've got going over here."

Jeffery hasn't been the focal point of the offense in Philadelphia because the Eagles have a lot of depth and use all their players. He's first in targets (80) and yards receiving (567) and tied for first with six touchdowns .

"Totally unselfish, hard worker," offensive coordinator Frank Reich said. "You just know these things take time, the chemistry, the opportunities, and so the confidence level grows. He's made some huge plays, and that's why he's here."
___