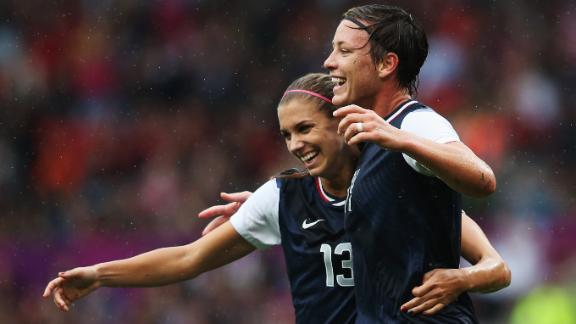 More than 40 of the world's top female soccer players are preparing to sue FIFA and the Canadian Soccer Association in a Canada court next week after the two organizations missed a Friday deadline to reconsider staging next summer's Women's World Cup in Canada on artificial turf fields, a source told ESPN.

The suit argues that forcing them to compete on turf and not grass -- the surface every men's World Cup since 1930, including the 2014 tournament in Brazil, has been played on -- amounts to gender discrimination, which violates Canadian law.

The claim is to be filed in the human rights tribunal of Ontario. If FIFA and the CSA, which is based in Ottawa, Ontario, one of six host cities for the event, don't reverse course, the trial would likely take place in November, according to Hampton Dellinger, lead attorney for the players.

"The discriminatory plan hatched by FIFA and the Canadian Soccer Association to stage the 2015 women's World Cup on artificial turf, coupled with their refusal to discuss ways to fix the mistake, have left the players with no choice," the Washington, D.C.-based Dellinger, who is working in conjunction with two Canadian law firms, said in a statement to ESPN. "It's now time to ask the courts to stop FIFA and Canada from forcing elite athletes to compete under game-changing, dangerous and demeaning conditions."

Richard Scott, chief spokesman for Canada 2015's organizing committee, deferred questions to FIFA, which did not respond to ESPN's request for comment.

The list of players named in the suit reads like a Who's Who of the women's game. It includes reigning FIFA Player of the Year Nadine Angerer of Germany, 2012 Ballon d'Or winner Abby Wambach of the United States, and Wambach's U.S. teammate Alex Morgan.

The players sent FIFA president Sepp Blatter and CSA executives a final notice of their intention to sue Wednesday, a day before FIFA's Executive Committee meetings commenced in Zurich. The letter requested "a good faith dialogue" to reconsider the use of turf, but global soccer's governing body had not engaged them as of Friday afternoon, the deadline set in the letter.

A draft of the lawsuit obtained by ESPN claims that other international players want to join those signed in the complaint "but fear retribution from their national federations."

No Canadian players are named in the suit.

The 2015 Women's World Cup is scheduled to take place from June 6-July 5. It will be the seventh edition of the competition, which FIFA bills as the biggest women's sporting event in the world.

Five of the venues already had FIFA-approved artificial turf. Moncton Stadium in Moncton, New Brunswick, was converted from grass to turf ahead of the event. The cost of installing grass at all six sites is estimated at between $3 million to $6 million.