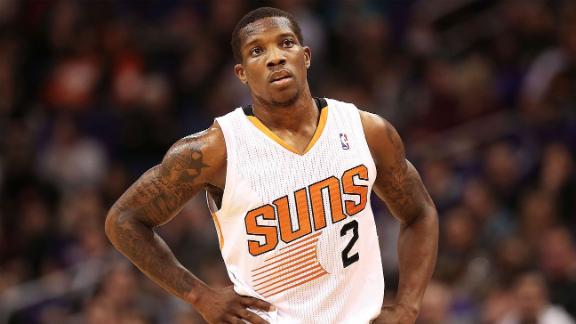 With training camp set to open next week, the Phoenix Suns have increased their offer to restricted free-agent guard Eric Bledsoe, according to multiple reports.

Bledsoe and the Suns have been in a stalemate all summer after the team offered him a four-year, $48 million deal in July, with Bledsoe said to be seeking a five-year max offer worth in excess of $80 million.

The Arizona Republic reported in Wednesday's editions that a resolution could come as soon as the end of business Wednesday, with Yahoo! Sports reporting "significant momentum" toward a deal.

ESPN.com's Marc Stein reported last month that Bledsoe was giving serious consideration to playing out next season on a $3.7 million qualifying offer from the Suns that would enable him to become an unrestricted free agent in July 2015. Detroit Pistons big man Greg Monroe has gone that route and will have the right to pick his next destination next summer.

The threat of seeing Bledsoe become an unrestricted free agent -- combined with the recent interest shown in Bledsoe by the Minnesota Timberwolves -- has apparently prompted Phoenix to improve its offer to the 24-year-old, who is regarded as one of the league's best two-way guards.

ESPN.com's Brian Windhorst reported last week that the Wolves have continued to aggressively pursue Bledsoe in a sign-and-trade deal that would have landed him a four-year max contract valued at $63 million.

The relationship between Bledsoe and the Suns had eroded over the contract impasse. The Suns also signed free-agent guard Isaiah Thomas to a four-year, $27 million deal in July and drafted guard Tyler Ennis in the first round in June to fortify themselves at the position. Star point guard Goran Dragic also can become an unrestricted free agent in July.

But there was renewed hope Tuesday, sources told ESPN.com, that a deal between Bledsoe and the Suns can be struck before the team opens training camp Sept. 30 in Flagstaff, Arizona.

Bledsoe averaged 17.7 points and 5.5 assists in 43 games for the Suns last season after being traded from the Los Angeles Clippers. He suffered a midseason meniscus injury to his right knee but returned after surgery to help the Suns -- projected to finish near the bottom of the Western Conference last season -- make an unexpected run at the West's final playoff spot before narrowly missing out.

Information from ESPN.com's Marc Stein and Brian Windhorst contributed to this report.