ESPN: Eagles not expected to use franchise tag on Sam Bradford, may be interested in Nick Foles

WPVI
PHILADELPHIA (WPVI) -- The Philadelphia Eagles are not expected to use their $20-million franchise tag on quarterback Sam Bradford and may be interested in reacquiring Nick Foles, league sources tell ESPN NFL Insider Adam Schefter.

Eagles are not expected to use franchise tag on QB Sam Bradford, per league sources, though they still have some interest in re-signing him.

According to Schefter, league sources say while the Eagles may not want to use the franchise tag for Bradford, that doesn't eliminate the chance he could return to Philadelphia.

The Eagles are, however, expected to consider other quarterback options.

Schefter does say former Philadelphia quarterback and current backup for the Los Angeles Rams Nick Foles is a name to watch in the Eagles' search this off-season.

Sources tell Schefter that new Eagles head coach Doug Pederson, who was on the team's staff when Foles was drafted in 2012, is interested in bringing him back.

However, if the Eagles could land Foles that might free Bradford to return to the Rams.

Under the Chip Kelly regime, the Eagles traded Foles for Bradford last March. 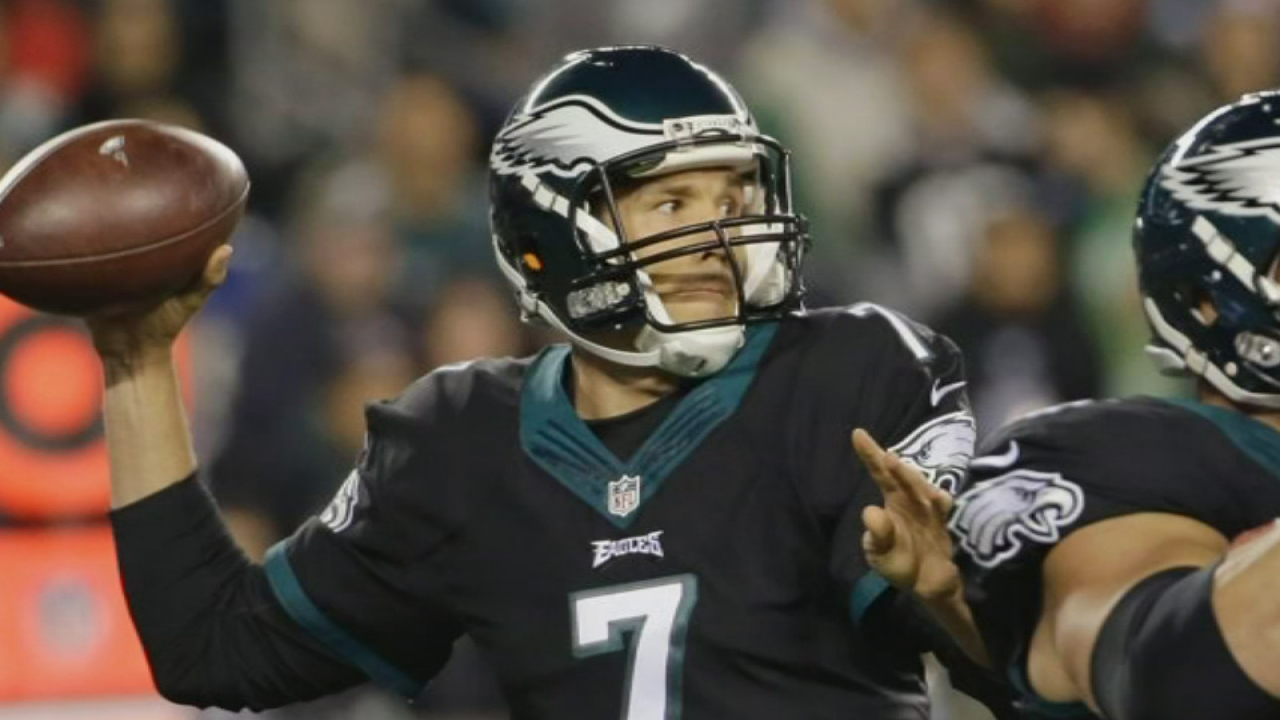 VIDEO: 6abc SportsFlash
Ducis Rodgers and Jamie Apody discuss what the Philadelphia Eagles could do with quarterback Sam Bradford.

After learning of the trade, Foles took to Twitter to thank Philadelphia fans:

"Thankful for the opportunity to start my career in Philly. Going to miss my teammates & Eagles fans who supported me."

Thankful for the opportunity to start my career in Philly. Going to miss my teammates & Eagles fans who supported me. pic.twitter.com/x40rRlWzZJ