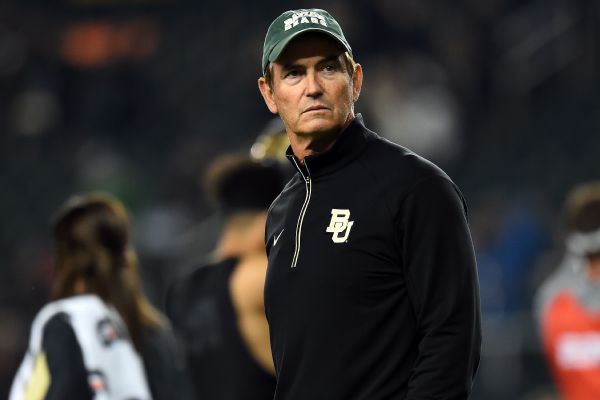 Former Baylorfootball coach Art Briles has withdrawn a libel lawsuit he filed in December that claimed three school regents and a vice president falsely stated he knew of reported assaults and alleged gang rapes by players and didn't report them.

Rusty Hardin, a lawyer representing the school regents, confirmed the news Wednesday, saying Briles notified counsel of his intentions and that the suit was thrown out in county court later in the day.

Briles' lawyer, Ernest Cannon, told KWTX-TV in Waco, Texas, that no settlement was made between Briles and school officials before the decision to withdraw the lawsuit was made.

"All he wanted was his good name," Cannon toldKWTX-TV.

"A man can only carry so much. They overloaded him in an endless supply of money, lawyers, resources, and no restraints on anything they'll do to achieve their goals."

Briles was fired last May after an investigation determined Baylor mishandled reports of alleged sexual and physical assaults, some by football players. The scandal has rocked the nation's largest Baptist university.

Briles' lawsuit was filed on Dec. 8 in Llano County in central Texas. It also asserted that Baylor officials conspired to damage his reputation and attempted to keep him from getting another coaching job. It sought damages for emotional distress and likely ending his career as a coach "on any level."

That group, in a court filing made inLlano County in January, said it was truthful in its critical comments about Briles and that the fired coach is a public figure who bears the responsibility of proving any falsehood. It requested a jury trial.

Briles' name has been linked to several job openings, but he has not been hired.