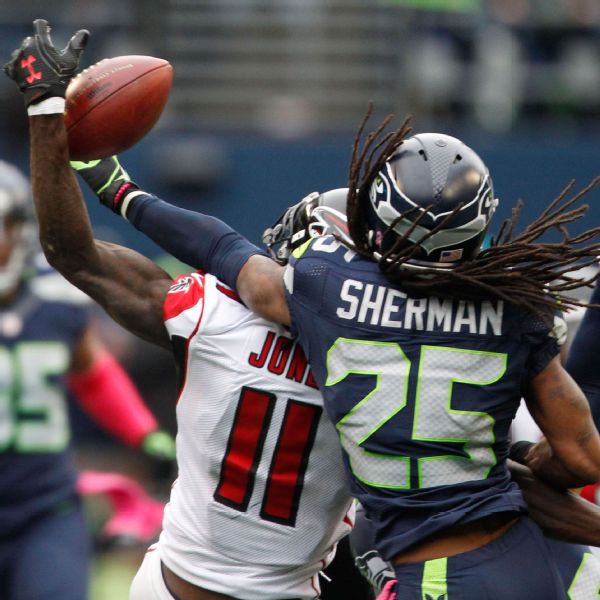 FLOWERY BRANCH, Ga. -- Falcons receiver Julio Jones, who appeared to be held bySeahawkscornerback Richard Sherman on a controversial late no-call back in Week 6, has no plans to "cry" for penalties but won't hesitate to alert officials to foul play in Saturday's divisional playoff rematch.

The previous controversy stemmed from a play with one minute, 39 seconds remaining in regulation of the Seahawks' 26-24 victory in Seattle on Oct. 16. Had a flag been thrown, the Falcons would have sustained the drive for an opportunity at a game-winning field goal.

After the game, Jones insisted Sherman pulled his right side, while Sherman maintained his innocence and said, "I mean, I thought there was interference on offense on a few plays, and they didn't get it. So it was just one of those games. They let us play."

Jones said he would have no problem throwing up his hands and hunching his shoulders if such an incident happens again this time.

"When we're in a game, I'll go look at them like that and say, 'You didn't see it?' if they didn't see it," Jones told ESPN.com. "I'm not going to sit up there and cry about anything. It is what it is. But you've got to alert them. Some refs just let you play, too. It's like, 'All right, you're going to let us play? Then we're going to go out here and play. If you're going to call it, call it. Just let me know how you're going to officiate this game.'"

"But if you grab me early, I'm going to let the ref know," Jones said. "And if they're not calling it, it's going to be a physical game."

Falcons coach Dan Quinn had a discussion with NFL vice president of officiating Dean Blandino after the Week 6 no-call. In the big picture, the loss didn't prove costly. At 11-5 and as the NFC's No. 2 seed, the Falcons secured home-field advantage over the No. 3 seed Seahawks (10-5-1).

However, getting clarity on such penalties moving forward was the reason for Quinn's discussion with Blandino, a discussion Quinn opted to keep private. The coach hasn't address such penalties with his team this week.

"We want to let our play be the judges," Quinn said. "And the attitude and toughness that we want to play with, that to me is the most critical thing. When you're hoping for a call or wanting something different, I think you lose your edge. So for us, it's going to be, 'Let's go attack.' How they call the game, we don't have control over. So let's control the things we can, which is our effort, our ability to try to break guys off. Those are the things that we want to totally establish."

Receiver Mohamed Sanu talked about contending with the Seahawks' physicality, which might sometimes cross the line.

"We play a lot of physical DBs," Sanu said. "I'm physical myself. So we'll see how it goes."

The matchup between Jones and Sherman will be one to watch Saturday, and not just for potential penalties. Sherman often remains at his left cornerback spot but did follow Jones some during the regular-season meeting. In that game, Jones has seven catches for 139 yards and a 36-yard touchdown off a busted coverage.

According to ESPN Seahawks reporter Sheil Kapadia, Sherman lined up against Jones for 30 of 46 coverage snaps. On those plays, Falcons quarterback Matt Ryan was 3-of-5 for 40 yards when targeting Jones.

"For me, I'm just getting ready like any other week," Jones told the media gathered at his locker. "I don't have any grudges against Sherman or nothing like that. I'm here to play ball. Whatever happened [in Week 6], it was then. This is now. We've just got to strap on and go out and play ball." 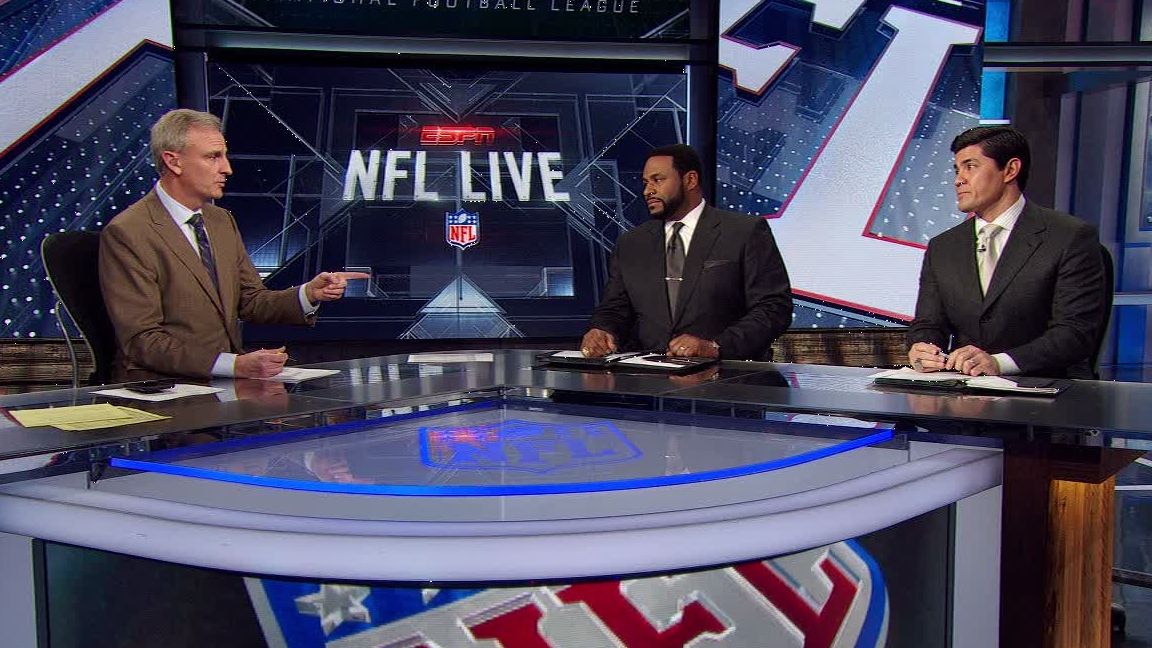