Fans brave the chill and Dawkins gets his ring 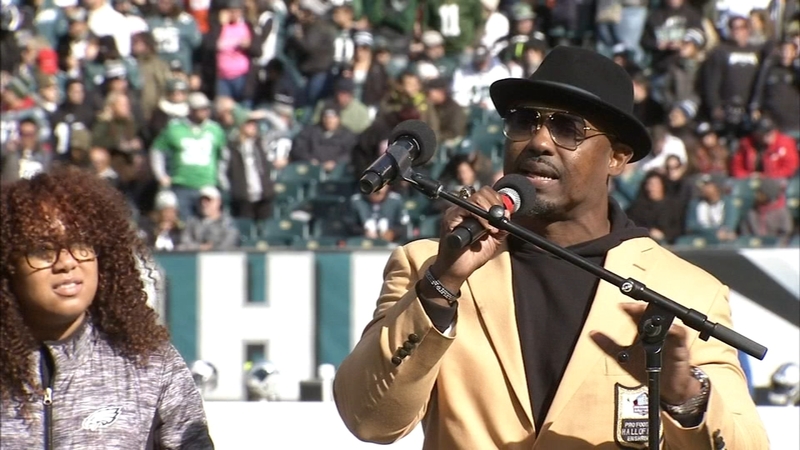 Fans brave the chill and Dawkins gets his ring

PHILADELPHIA (WPVI) -- Before the game Eagles Nation was flying high and so were the winds.

They were whipping and you had to bundle up.

It was the coldest game day by far this season.

Latavia Jones Vanburen and Karen Hunter of Germantown said, "I'm a born and bred Philadelphian so this can happen at any moment," said Jones. You're right about that it can. From here until about June next year it could happen anytime now? "Don't be surprised if we get snow now," added Hunter.

Some tailgaters had better-set ups than others.

For one crew there was no cold, they were in an enclosed heated tent.

Bonnie Mosson of Cape May said, "We started it with a car then a bus then we got one tent then 2 3 4 and then we bought an RV and now cold is no factor?? It's never too cold."

But one crew pretty much had nothing. Just a cold curb to sit on.

Morgan Buterbaugh of Lancaster said, "Its freezing but we're doing it for the birds. Let's go."

That's because at halftime the newly inducted Eagles Hall of Famer was honored and presented with his Hall of Fame ring.

He said he couldn't have done it without the Eagles Nation.

Stan Hughes of South Philadelphia adds, "That guy was a beast the way he came out on the field it's, he was a monster. You got to love him."

Everything going on today was a special treat for one young lady.

From the crowds to the weather to the game.

We asked Lisa Neubert of Germany, what she thought about all of this? "It's huge it's great it's just wow!" she said.

It was cold out here today and certainly not the outcome we were expecting or hoping for.