FAQs: Why is the NBA in London, who is playing and what can we expect? 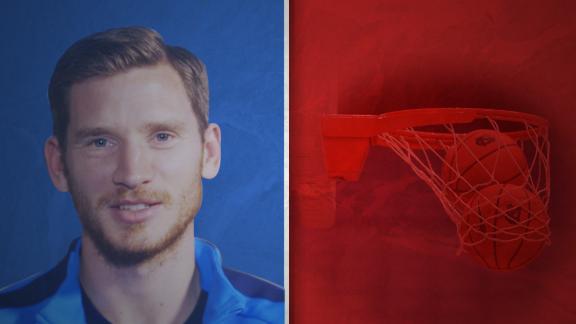 Finally, an NBA basketball game Londoners can look forward to.

The city has hosted seven fairly low-profile regular season games to date, featuring the likes of record-losing New York Knicks and Brooklyn Nets squads, but this year the NBA is bringing its A-Game to the UK.

Granted, when the matchup between the Boston Celtics and Philadelphia 76ers was unveiled last August, few predicted that the NBA London Game of 2018 would feature two of the league's most exciting teams.

But days later, the Celtics made what could be one of the best trades in franchise history, shipping popular point guard Isaiah Thomas to the Cleveland Cavaliers for sharpshooting Kyrie Irving.

Now an MVP-candidate, Irving and his Boston teammates are playing lock-down defense and are a real threat to unseat his former teammate LeBron James and the Cavaliers as Finals shoo-ins.

Meanwhile, after years of cellar-dwelling, Philly is a hot ticket for the first time since the days of Allen Iverson more than a decade ago. Led by trash-talking center Joel Embiid and high-flying rookie Ben Simmons, the Sixers have put together enough pieces to contend for a crucial eighth playoff spot in the Eastern Conference.

So what should fans in the UK watch out for at the O2 Arena in London on Thursday? Here are enough facts and subplots to keep you busy through the halftime show and all the timeouts:

What brings the NBA to London in the first place?

The NBA has been making a push to expand its global reach by playing overseas games for decades.

Early on, the league focused mostly on China and Japan, but since 2011 it has made a duel push into Europe -- via the London Games -- and Latin America.

Until recently, the NBA talked up the possibility of hosting teams in Europe someday, with commissioner Adam Silver saying it was the league's "manifest destiny to expand". Silver will be addressing the media in London ahead of the 8pm GMT tip-off on Thursday night.

But Mexico City -- which hosted four regular season games in 2017, including two in December -- seems to have pulled ahead. An NBA-sanctioned youth academy was recently installed in Mexico, and will likely be followed by a team in the NBA developmental league.

How are teams chosen every year?

With great difficulty, it appears. Given the constraints of an 82-game season with only one lengthy break for the All-Star Game in February, scheduling the transition of two teams overseas has not been easy.

Understandably, most of the visiting clubs have been drawn from the east coast of the U.S. or the Midwest, which requires shorter flights in and out of London. But starting next season, the NBA will add an extra week of rest for its players. Silver has suggested that could open the door for Champions League-style mini-tournaments against Europe's top clubs.

What Celtics players should you watch out for?

Kyrie Irving (24.1 ppg, 5 apg) has taken a very good Celtics team and quickly transformed it into one with potential for greatness-- despite the loss of All-Star forward Gordon Hayward to a devastating broken leg in the opening game of the season. But Irving approached this season with a chip on his shoulder - the 25-year-old shooting ace acrimoniously parted ways with Cleveland after three seasons of playing in the shadow of LeBron James.

Despite cries of selfishness, Irving is proving that the decision to exit Cleveland was not as irrational as first thought. He is joined by young running mates Jaylen Brown (14.1 ppg, 5.7 rpg) and the standout rookie Jayson Tatum (13.9 ppg, 5.5 rpg, 46% 3pt) -- who Boston picked third in the NBA draft from Duke University after swapping its No. 1 pick with Philly.

Which Sixers players should you watch out for?

After breaking his right foot before the start of last season, Simmons is showing the league what it missed. Truly an all-around performer, the 6ft 10in Melbourne-native can play point guard or power forward with equal efficiency. The only thing he can't do -- so far -- is hit a three-pointer (zero for ten attempts this season).

After missing the entirety of his first two seasons and most of his third with various injuries, it's almost shocking how Joel Embiid (23.8 ppg, 10.9 rpg, 3.4 apg, 2 bpg) has taken the league by storm. The former No. 3 pick nicknamed "The Process" was nearly considered a write-off, before posting numbers worthy of comparisons to throwback legendary centers such as Hakeem Olajuwon, Patrick Ewing, and Shaquille O'Neal.

Only time will tell whether Embiid's body can hold up for an entire season. Let's hope so, because the seven-footer's famous social media trash talk will be a lot less fun from the bench.

Robert Covington (13.9 ppg, 6rpg, 1.8 spg) is Philly's unsung man. The fifth year forward -- who finished fourth in Defensive Player of the Year voting last season -- does the dirty work that is keeping the Sixers in the playoff hunt.

What international players are featured this year?

With about one-quarter of all its players born overseas, the NBA is the most multi-cultural of the big four US sports leagues. All 30 NBA teams include at least one international player spanning 42 countries.

Boston and Philadelphia have some big names among them. The Celtics' Al Horford, who was born in the Dominican Republic, is a four-time All Star with a $113 million contract to his name. He is joined by upstart teammates Daniel Theis of Germany, Semi Ojeleye of Nigeria, Guerschon Yabusele of France, and Abdul Nader of Egypt, who may be a dark horse for the Slam Dunk Contest at this year's All-Star Game. Australian Aron Baynes has also been a key contributor for the Celtics in his first season in Boston, having been with the Detroit Pistons and San Antonio Spurs previously.

How popular are the games?

Very popular. Tickets went on sale in October and sold out in just a few hours.

Seats can still be purchased on third-party sites like StubHub for astronomical prices. Last checked, upper tier corner seats - that come with a warning for vertigo sufferers - were selling for 346 each, while floor seats behind the basket were going for 1,800 including fees.

Which celebrities will be sitting courtside?

Generally, current and retired footballers occupy a good portion of the 02 floor seats, also known as the "Hollywood Seats" in NBA parlance -- so called because of their ability to generate airtime for A-list actors looking to promote a film, or pop stars with an album about to drop.

Keep a lookout for the latest girl or boy band looking for publicity -- but don't expect them to spot the difference between zone and man-to-man coverage. 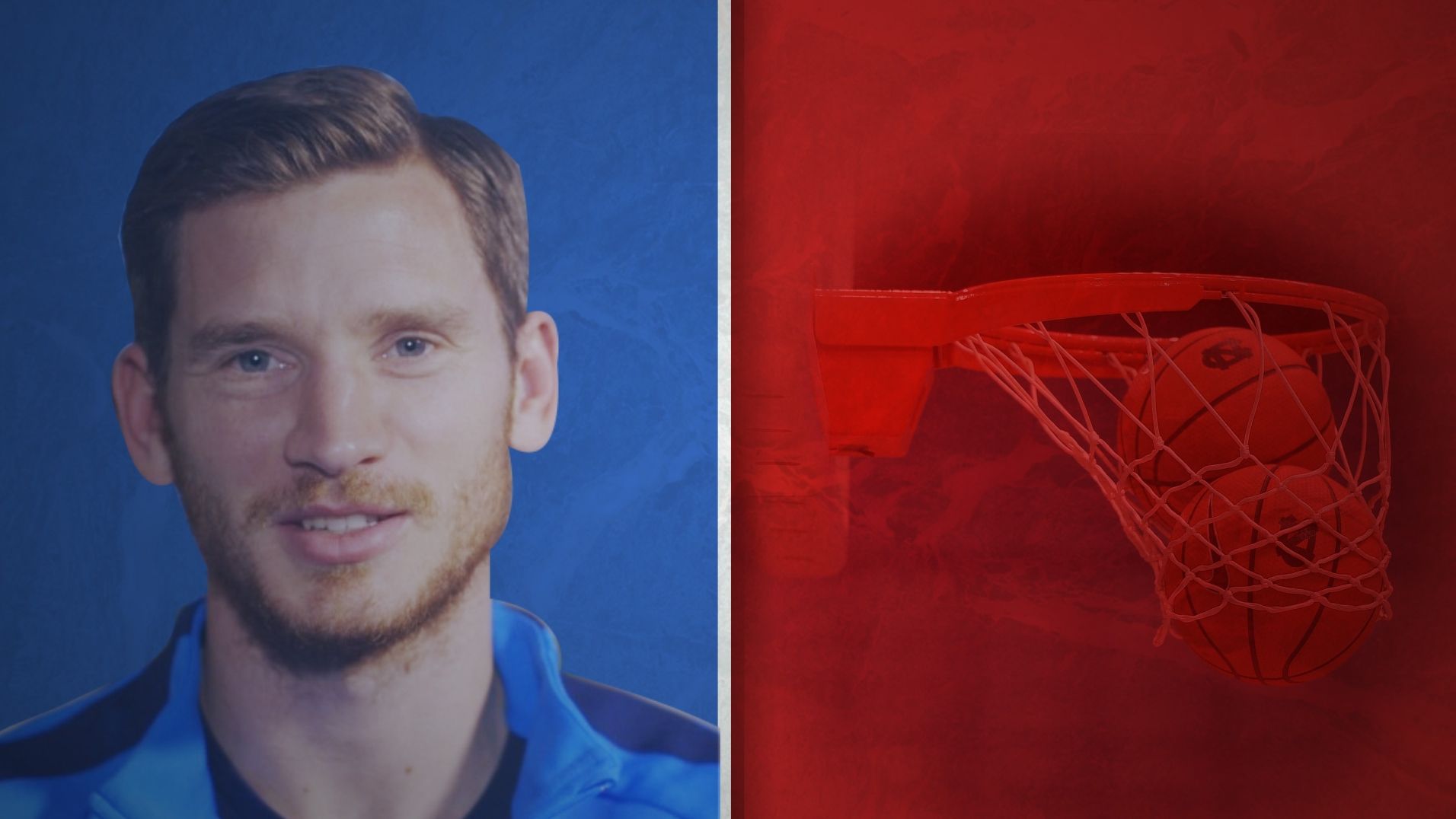