ESPN
By Todd Archer
IRVING, Texas - On Monday, Dallas Cowboys head coach Jason Garrett said Tony Romo has a lot of football left in him. On Tuesday, owner and general manager Jerry Jones put a timetable on it: four to five years.

Speaking on 105.3 The Fan in Dallas, Jones became testy when the subjects of Romo's age (he turns 36 next April) and recent injury history were broached. Romo suffered a broken left collarbone for the second time this season in the Thanksgiving Day loss to the Carolina Panthers and is out for the year. It's the third time since 2010 he has broken the collarbone.

"But you're asking me what I think, and I think we've got outstanding quarterbacking ahead of us for the next four or five years. That's not a downer. Will we be looking to develop and get talent behind Romo? Absolutely."

Since 1991, the Cowboys have drafted only two quarterbacks: Quincy Carter in the second round in 2001 and Stephen McGee in the fourth round in 2009.

With a 3-8 record, the Cowboys are looking at a potential top-five pick for the first time since 2003 and could be in position to take one of the top quarterbacks available as Romo's potential successor.

They have mostly filled Romo's backup role with veterans, such as Brad Johnson, Jon Kitna and Kyle Orton, over the years. Brandon Weeden served as the backup the past two seasons and lost four starts in place of an injured Romo before he was released. The Cowboys acquired Matt Cassel in a trade with the Buffalo Bills in September; he went 0-4.

With Romo out, Cassel will be the starter again.

Like he has done in the past, Jones said he does not view Romo, who is signed through 2019, as the typical 35-year-old quarterback, because the quarterback did not play his first three-plus seasons.

"I think if you look at his playing time, if you look at the years he has actually played, he started late," Jones said on The Fan. "He really has excellent skill relative to where his skill set began, what his skill set is. He's got the relative skills. More important to anything, from a mental standpoint, and from the things that also mean so much at quarterback, he's at the top of the list. So I think four to five years." 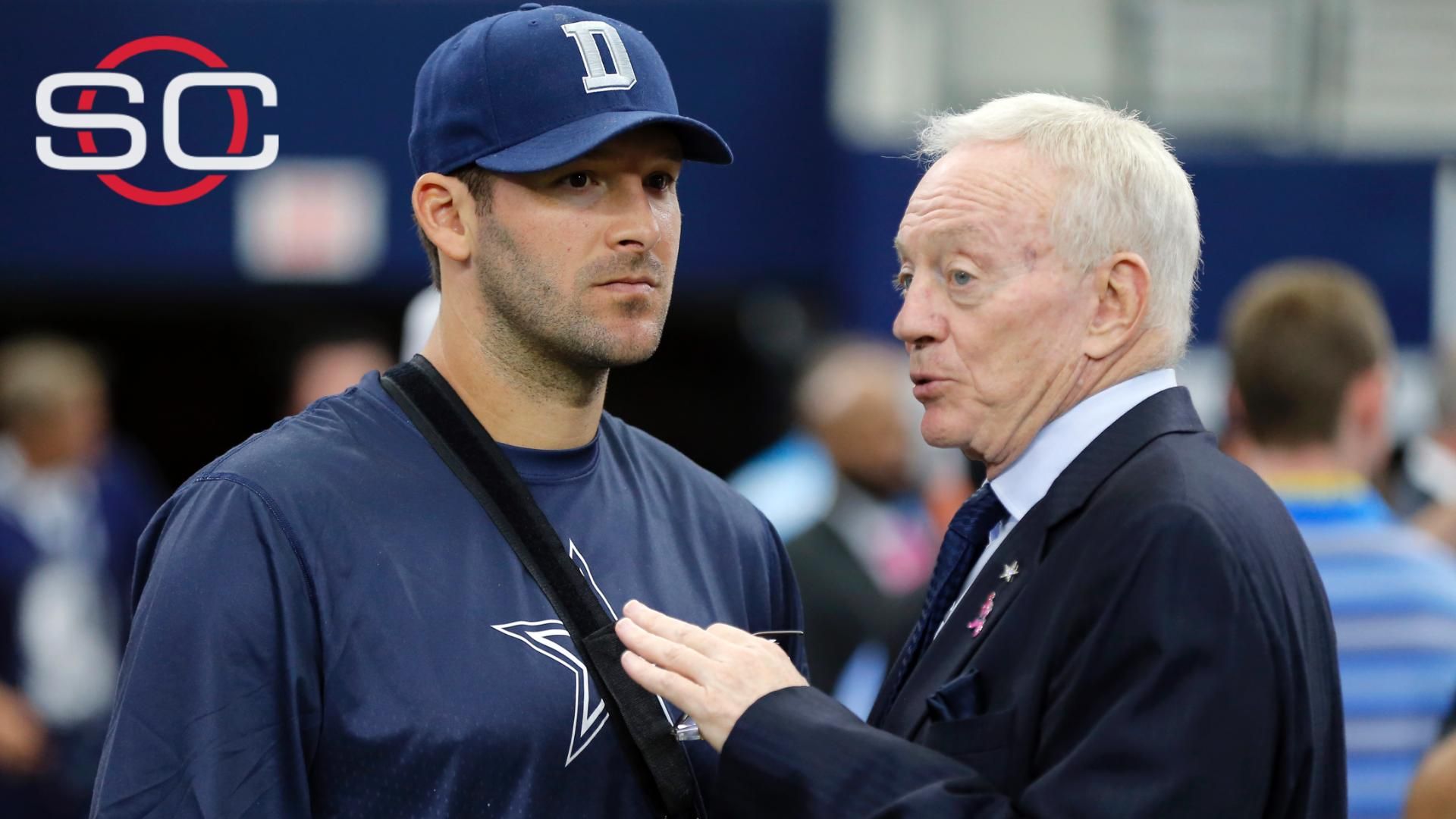