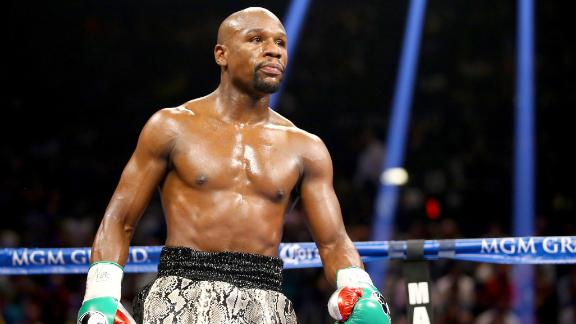 With the deal for the long-awaited Floyd Mayweather Jr.-Manny Pacquiao megafight signed, the top two boxers in the world will meet to officially kick off the promotion for the fight that most believe will shatter every box-office record in boxing history.

Mayweather and Pacquiao, who will meet to unify their welterweight world titles May 2 at the MGM Grand in Las Vegas in the main event of a historic joint pay-per-view between Showtime and HBO, will appear together on March 11 for the only time until fight week.

They will meet at a news conference at a location to be determined in Los Angeles, organizers announced Monday.

Although the event is not open to the public, it is sure to draw fans hoping to catch a glimpse of the fighters. It is also expected to draw such a large contingent of reporters that media members must apply for credentials to be admitted to the news conference, which is unusual.

The fight, five-plus years in the making, was finalized Feb. 20 when Mayweather (47-0, 26 KOs) posted a photo of his signed contract to one of his social media platforms. It was the last piece of the puzzle to getting the deal done.

So Pacquiao will train with Roach's assistants for the week. Roach will be back at his Wild Card Boxing Club in Hollywood, California, early next week to begin training Pacquiao for the fight and to attend the news conference.

Mayweather has been training as usual at his gym in Las Vegas.

With the deal coming together later than usual for a major May pay-per-view and the fight having attracted gobs of attention for years before it was even made, organizers did not feel it was necessary to launch a cross-country media tour to promote the bout, opting instead for the one media event in Los Angeles and one more news conference in Las Vegas a few days before the fight.

So detailed is the contract for the fight that it spelled out that the boxers were obligated to participate in only two news conferences leading up to the bout.