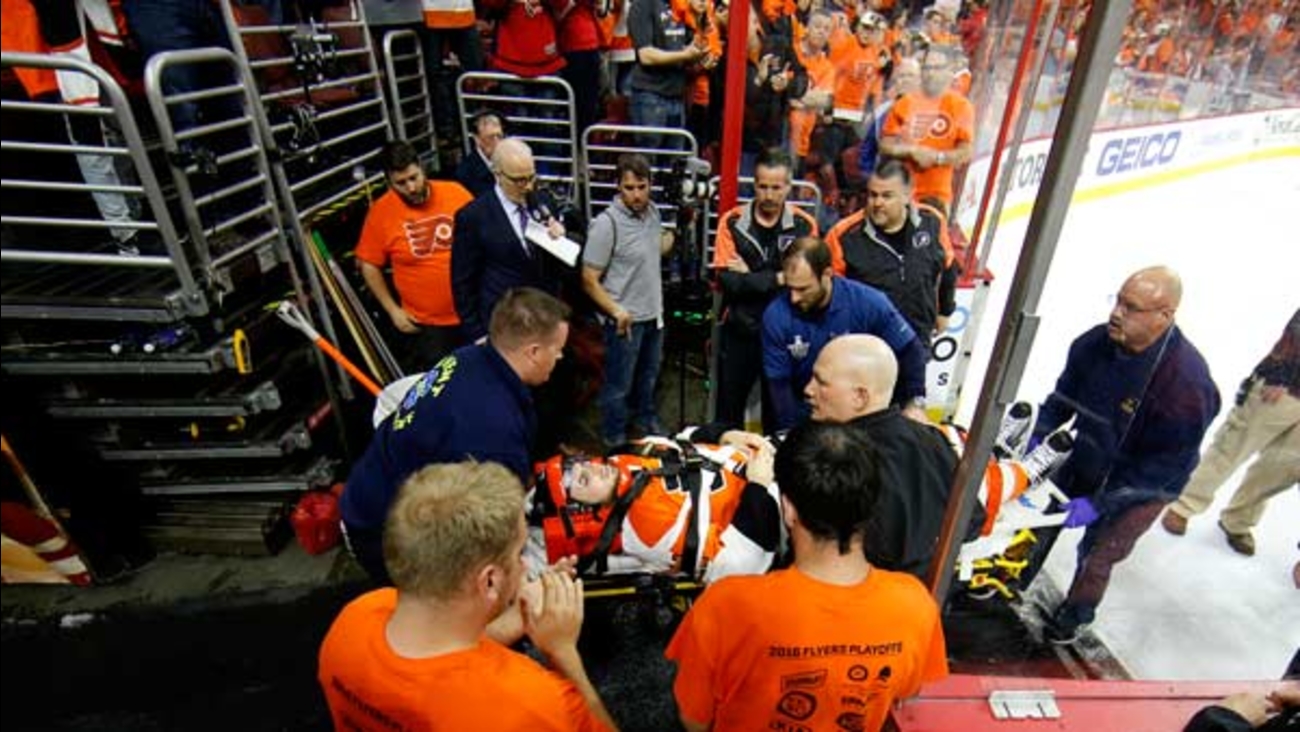 Philadelphia Flyers' Scott Laughton is transported off the ice after an injury during the first period of Game 4. (AP Photo/Matt Slocum)

Scary scene. Scott Laughton getting carted off after hit into boards pic.twitter.com/ktHuukePMF

Flyers' Scott Laughton was taken off the ice on a stretcher with 3:49 remaining in 1st period. He appeared to have movement in his limbs.

Flyers fans give nice ovation for Scott Laughton as he's Carted off after collision into boards pic.twitter.com/4vcJttVP0h 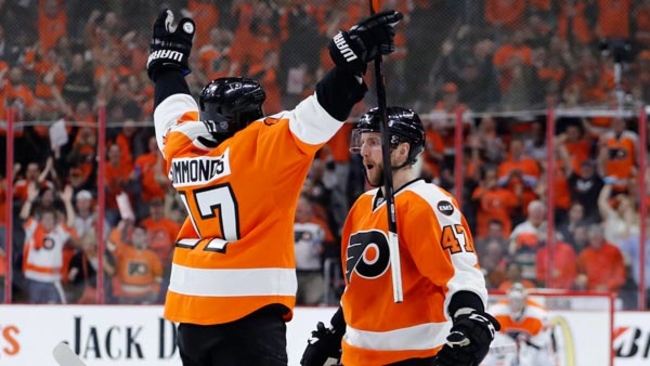